Nicosia Tigers are expected to win this match.

Nicosia Tigers is going to take on Cyprus Eagles in the postponed match of the ECS Cyprus 2021 on Tuesday. It will be the third match for the Nicosia Tigers on the same day of the tournament. They lost both the matches played against Cyprus Moufflons by 6 and 5 wickets respectively. Currently, they are placed at the second position with 5 wins from 9 games.

On the other side, Cyprus Eagles have a decent time in the ongoing tournament. In their previous outing, they beat Black Caps by chasing down the target of 110 runs posted by the opposition. They are placed at the 5th spot and will be looking to win the remaining matches to get qualified for the playoffs.

Considering the previous matches played on this venue, the surface looks fairly a balanced one with equal assistance for both batters and bowlers. Anything over 110 is a good competitive score on this wicket.

Zeeshan Mehmood is the second-highest run-getter in the ongoing tournament. He has scored 250 runs at an average of 31.25 and also picked 5 wickets.

Roman Mazumder is the other must-have player in your fantasy team. He piled up 150 runs from nine matches and took 4 wickets for his team.

Naseer Ahmed looked well in the previous match against the Black Caps. He scored unbeaten 68 off 30 balls and helped his team to run over the victory line.

Rajasekhar Poluri is the other player to be picked up from the Cyprus Eagles team. He notched up 199 runs at an average of well above 33 and has also taken 3 wickets. 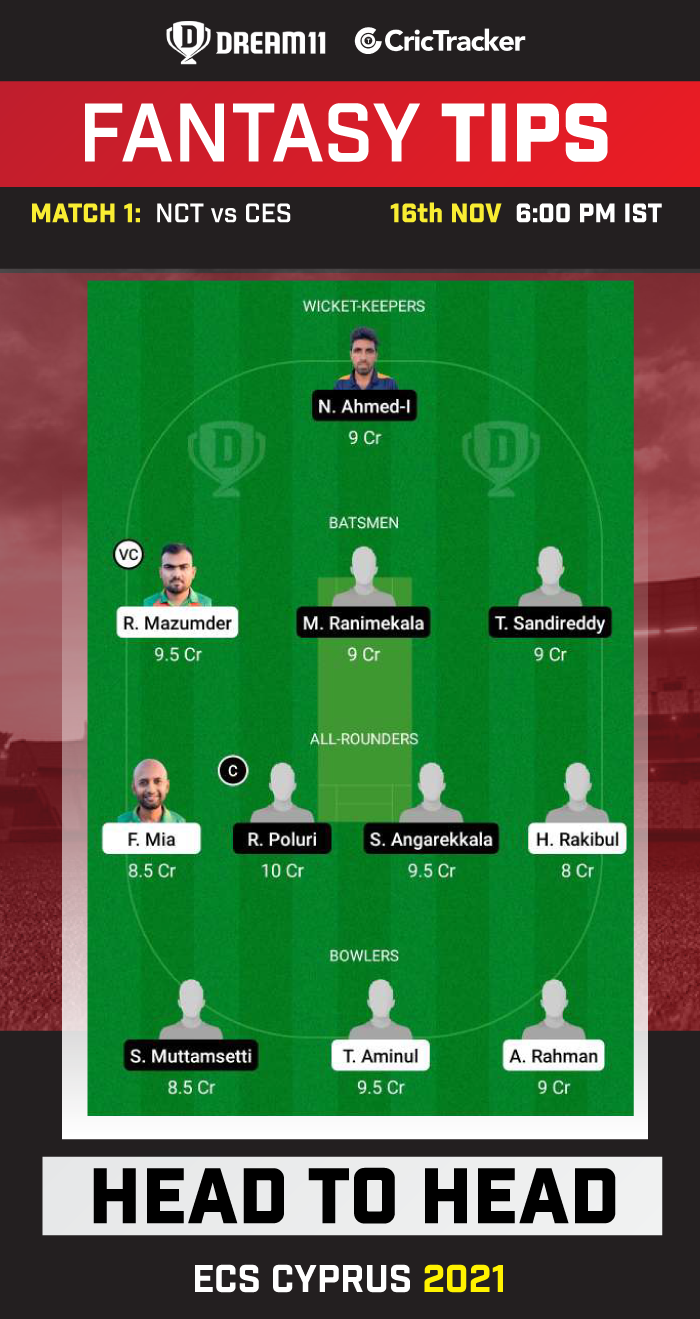 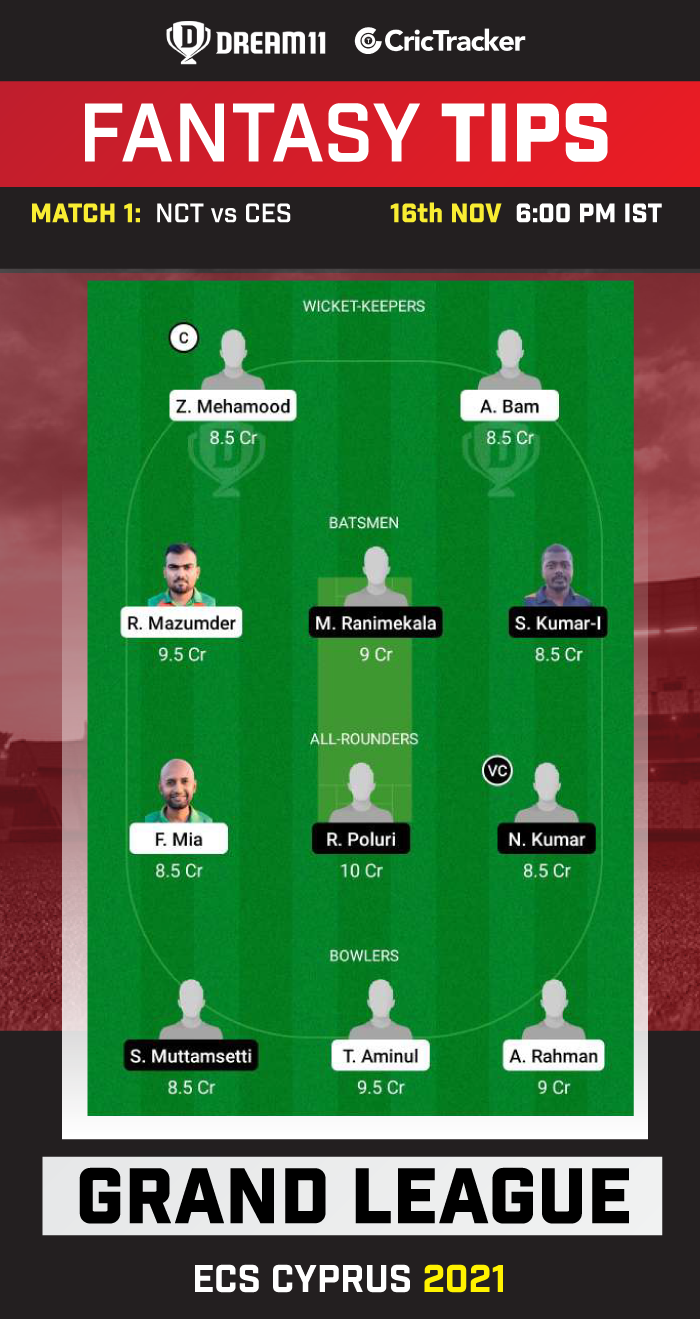 Nicosia Tigers are expected to win this match.