Kulwinder Singh and Waqas Akhtar are the must pick players for your fantasy teams.

Nicosia Tigers will take on Black Caps in the 21st and 22nd match of the ECS Cyprus 2021 on Saturday. Nicosia Tigers are in tremendous form in this tournament, having won 5 matches on the trot. They had to work hard to beat Limassol Zalmi in their previous match and finally won in the end by 4 runs. They placed themselves at the second spot in the standings with 9 points.

Black Caps, on the other hand, have played 6 matches so far in this tournament, where they have won 5 of those and lost the other one. They are currently placed at the top spot in the standings with 10 points.

There is plenty of advantage for the batters here and the bowlers as usual will be on the receiving end. Whoever bowls well will have more chances of winning both matches.

Also Read: The squad is picked by the selectors, even the captain doesn’t have a vote: Ravi Shastri

Zeeshan Mehamood is the main man with the bat for Nicosia Tigers. In 5 matches, he has scored 160 runs at an average of 40, with the highest score of 78. He has picked up 4 wickets as well.

Roman Mazumder is a good striker of the ball, He has scored 104 runs in the 4 matches he has played in this competition, with the highest score of 50. Mazumder has also chipped in with a wicket as well.

Kulwinder Singh has scored the most runs for Black Caps in this tournament. He has smashed 166 runs at an average of 33.2 and has picked up a wicket as well.

Waqas Akhtar has been impressive with his all-round skills. In 6 matches, he has scored 137 runs at an average of 22.83 and has also scalped 12 wickets at an economy of 7.5.

NCT vs BCP Must Picks for Dream11 Fantasy Cricket: 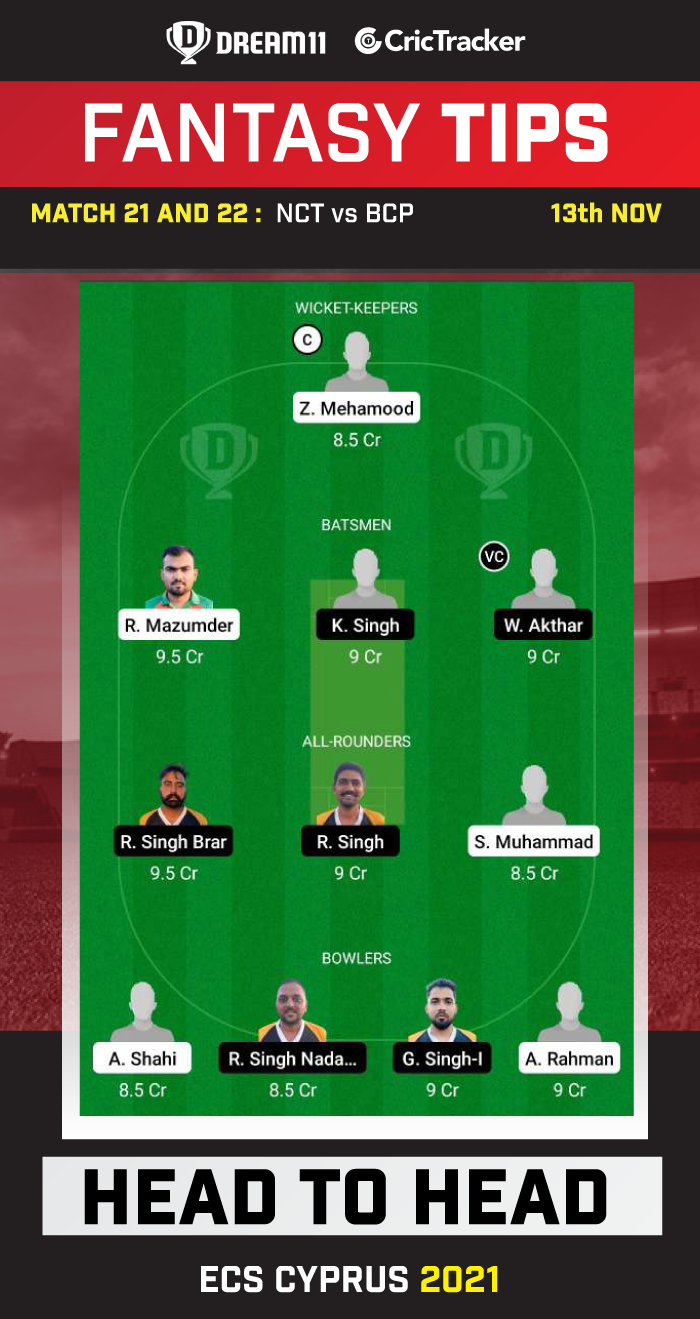 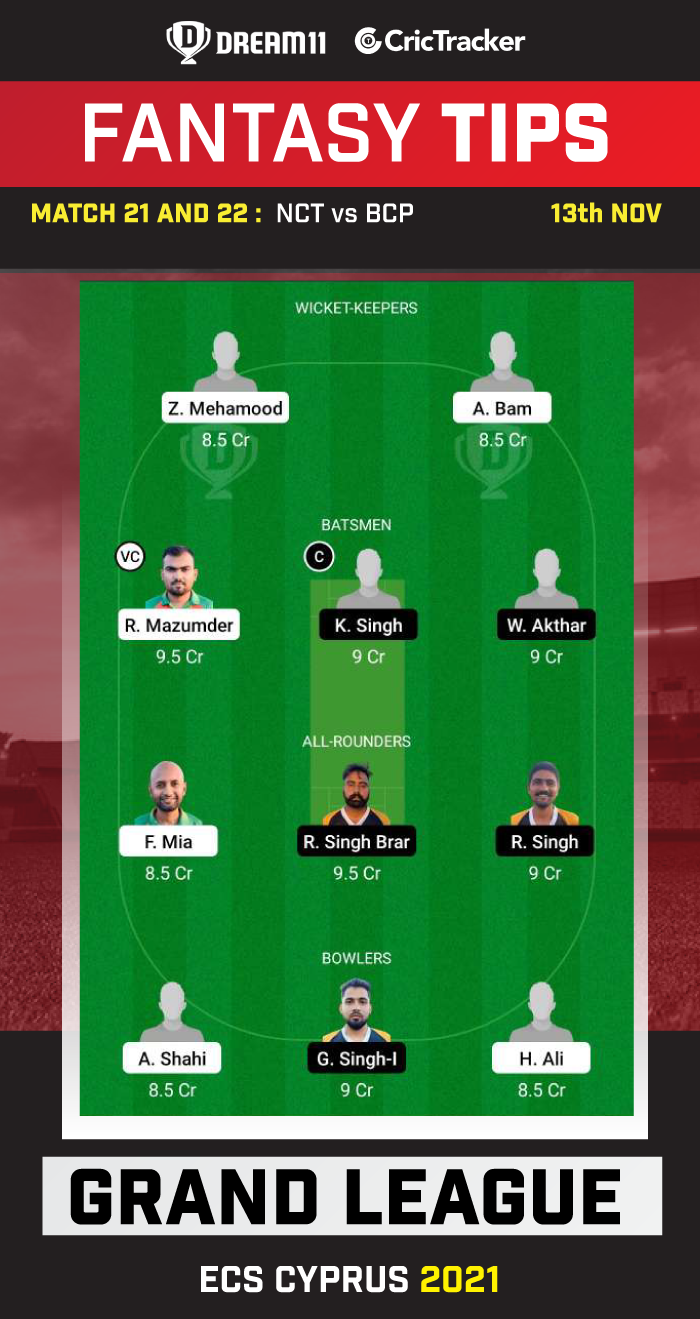 Black Caps are expected to win both matches.