Cyprus Moufflons are expected to win this contest.

The 42nd and 43rd Match of the 2021 edition of the ECS Cyprus T10 tournament will be played between Cyprus Moufflons CC and Haidree Lions. This battle will take place at the Ypsonas Cricket Ground. Cyprus Moufflons are placed at the 2nd place, while the Lions are occupying the 3rd spot.

In their previous match, the Cyprus Moufflons thrashed the Limassol Zalmi side by 75 runs. On the other hand, the Haidree Lions hammered the Black Caps by 30 runs in their previous rubber. Both sides will look to continue with their winning run in the competition.

The pitch is a belter for batting, and the ball will come onto the bat nicely. We can expect a high-scoring encounter in this contest.

Minhas Khan went totally berserk in Cyprus Moufflons’ match against the Limassol Zalmi side. He scored a breath-taking 97* off just 35 balls at the top of the order to steer his side to victory. He has scored 251 runs in the tournament.

Waqar Ali has scalped 13 wickets in the tournament and has picked his wickets at an average of 14.15.

Jeevan Lasmal scored a 25-ball 55 for the Haidree Lions in their clash against the Black Caps. He struck 5 fours and 4 sixes in his innings. Lasmal has plundered 313 runs in the competition.

Raza Ihsan scalped 3 wickets with the ball for the Haidree Lions outfit in their clash against the Black Caps. Ihsan has prized out 9 batsmen in the tournament. 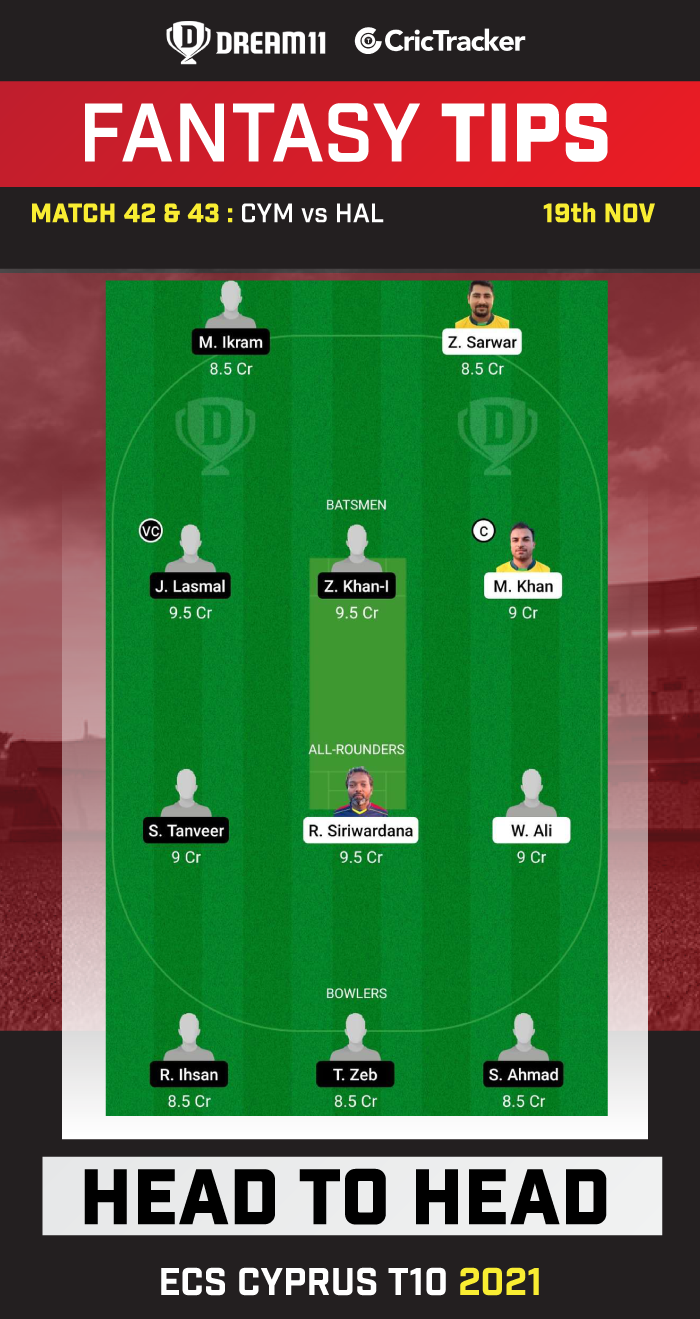 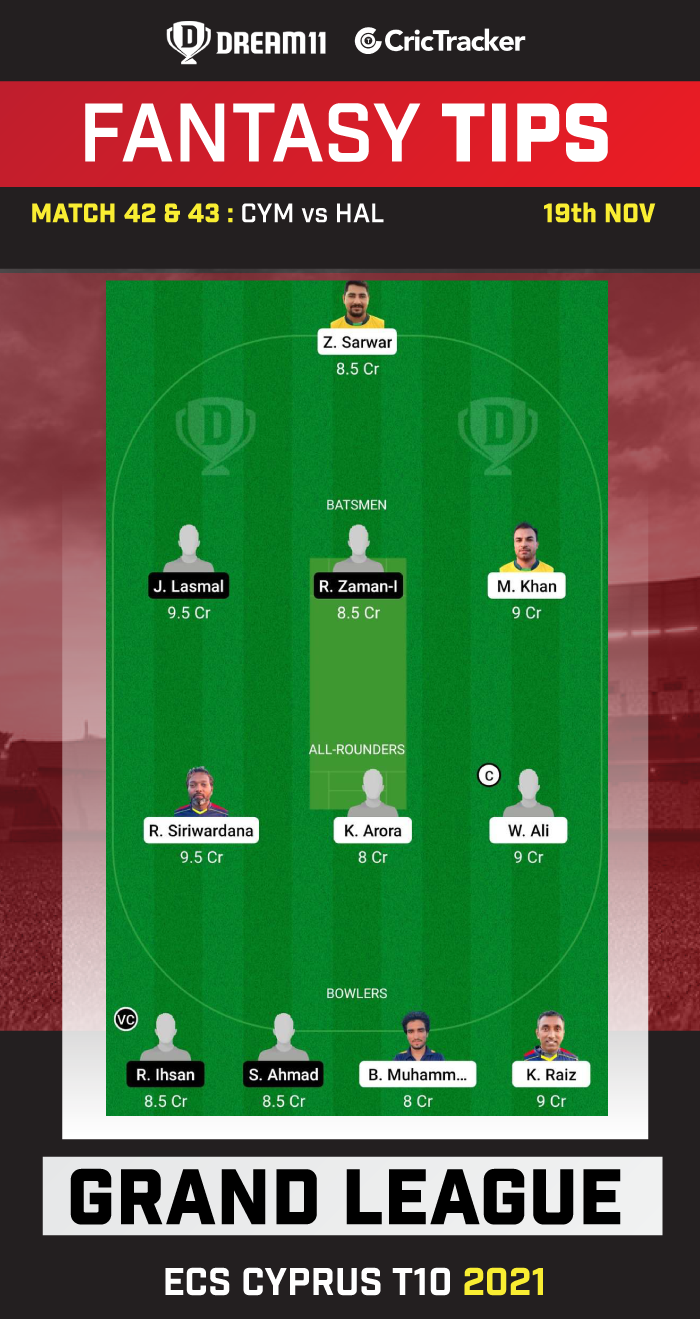 Cyprus Moufflons are expected to win this contest.