The 11th match of the European Cricket Series T10 in Malmo is all set to be played between the Ariana Cricket Club and the Malmo Cricket Club at the Limhamnsfaltet Cricket Ground.

Playing the first match of the Group B matches will be the Ariana Cricket Club and the Malmo Cricket Club. After the Group A matches that were played on Monday and Tuesday, which gave us the two semi-finalists, the other two semi-finalists will be decided when the Group B teams battle it out among themselves on Wednesday and Thursday in order to book a semis berth for themselves. Given the fact that the teams will have just 4 matches to prove their worth, both the teams will look to get off to a good start by winning their first match.

Wednesday is expected to bear with it overcast skies with no chances of precipitation and the temperatures around the 16 degree Celsius mark.

The pitch at this ground, against the popular belief, has helped the bowlers a lot, especially the pacers. The batsmen managed to breach the 100 run mark four times in 10 matches, which shows that scoring runs on this surface will require some special effort from the batsmen.

For the ACC, Nusratullah Sultan looked in good touch with his 172 runs and 3 wickets in 13 T20s in domestic cricket. Adam Ahmadzai has scored 345 runs in 23 T20 matches so far. Bilal Zaigam is the one of the top batsmen for the MAL with 453 runs to his name at a strike rate of 114.11. He has also picked two wickets. Saqlain Karamat is one of the best all-rounders with 20 wickets and 145 runs in 22 T20s. 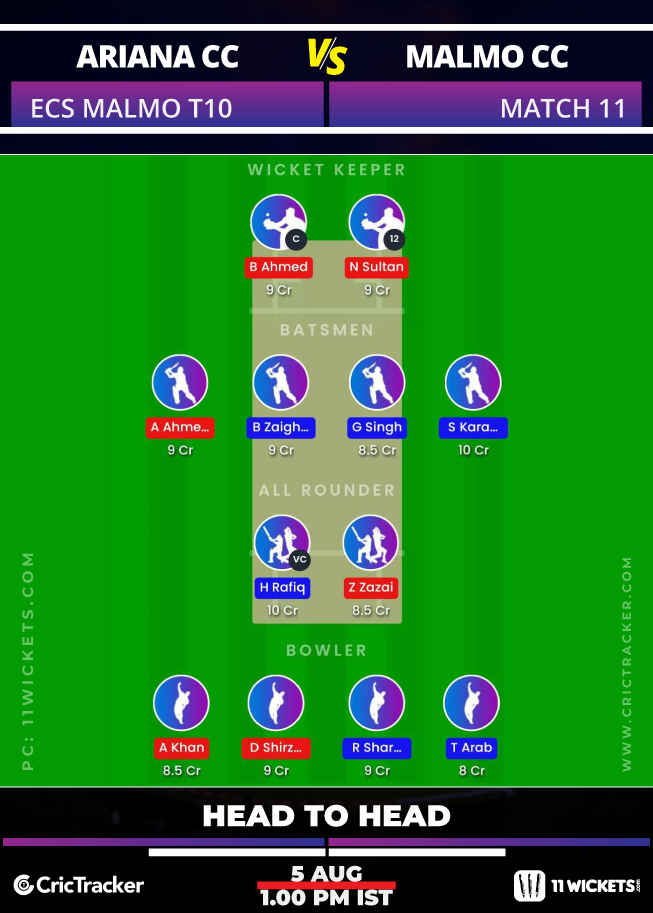 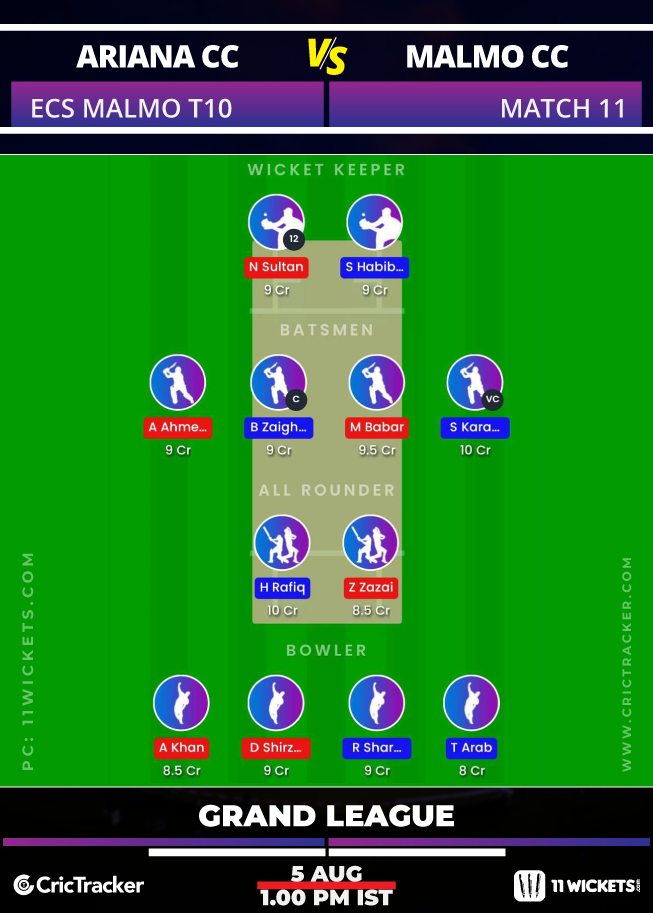 Rajan Sharma was one of the best bowlers domestic T20 matches. He can be picked in your Fantasy team.