Karlskrona Zalmi Cricketforening is expected to win this match.

The 15th match of the European Cricket Series T10 in Malmo is all set to be played between the Karlskrona Zalmi Cricketforening and the Gothenburg Cricket Club at the Limhamnsfaltet Cricket Ground.

As the Group B matches kicked off earlier today, Gothenburg Cricket Club and the Karlskrona Zalmi Cricketforening will be playing their second match of the day. As the teams have already played a match at the venue, both the teams would have a fair idea of the prevailing pitch and weather conditions.

The teams would compete rocklike to secure points and better their chances for the playoffs, come up with their improved starting XIs using the knowledge of their previous games.

No rainfall is expected during the match hours with cloudy skies overhead. The temperatures will be around 14 to 19 degrees Celsius.

The competition between the ball and the ball is fairly even on this ground. With the batsman are having shorter boundaries to their advantage and the pitch at the Limhamnsfaltet Cricket Ground favouring the bowlers, the contest is going to be a balanced one.

For Gothenburg Cricket Club, Mokhtar Ghulami was the top performer in the recently concluded domestic T20 season. He has played 23 matches scoring 536 runs at a strike rate of 158.11 along with 11 wickets to his tally.

On the other hand for Karlskrona Zalmi Cricketforening, Arifullah Khawari has been playing a dominant role. He has scored 113 runs at a strike rate of 115.31 in 6 T20 matches and also picked up 2 wickets, which concludes he can play his dual role effectively in this tournament.

Khawari’s teammate, Muhammad Ayaz Hussain is also a really compelling player, capable of doing some real damage with the bat. He has scored 112 runs in 6 matches with a strike rate of 128.74 in 6 matches that he has played in the domestic T20 tournaments.

Another capable player for Karlskrona Zalmi Cricketforening is Ehsan Ullah Khan. Even though he has played just three matches in the domestic T20 circuit, he is a player of great caliber. Getting a half-century in one of 2 innings out of his 3 matches, he summed a total of 68 runs with a decent strike rate of 104.62. 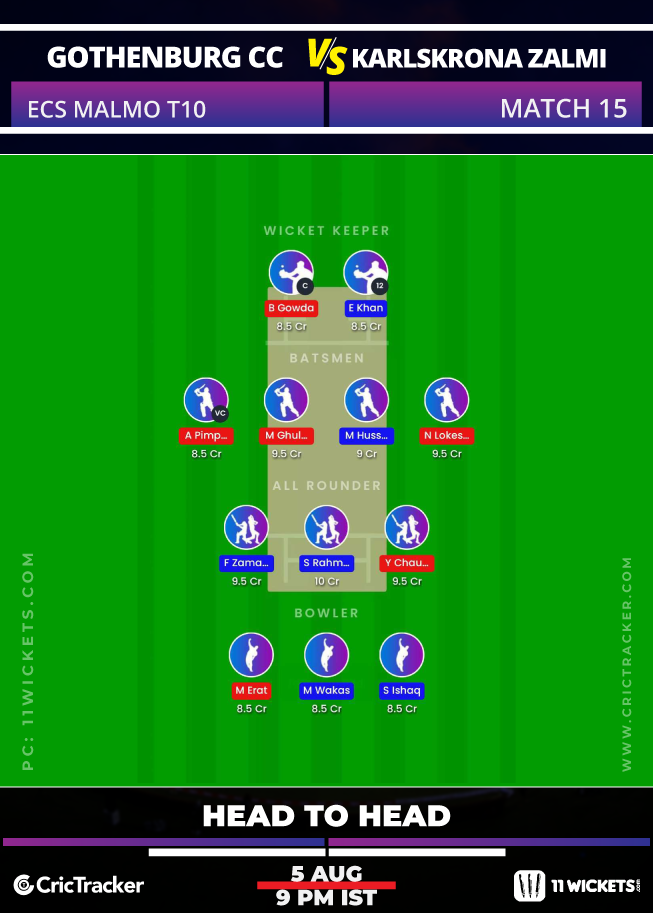 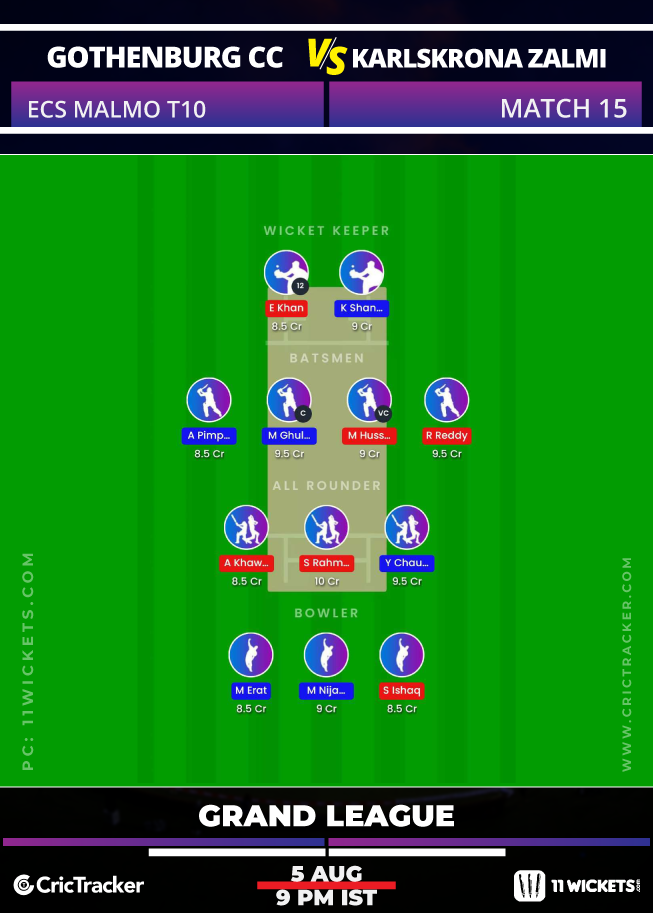 At the time of writing, only 9.03 percent of fantasy players have picked up Arifullah Khawari, but his stats show him in another way. He has great potential and his performances can back it. He is a sure pick in your fantasy team and can also be added as a multiplier.

Karlskrona Zalmi Cricketforening is expected to win this match.