The 19th match of the ECS Malmo Tournament between Ariana AKIF and Ariana Cricket Club will be played at Limhamnsfältet in Malmo.

Ariana AKIF and Ariana Cricket Club will look forward to carry on their winning momentum after securing impressive victories on their first day of ECS Malmo competition. This match will be a determined contest as the game will be even. Ariana AKIF won both their games, while Ariana CC is on a three-match winning streak.

With the temperature to hover around 21 degrees Celsius, clear skies are expected in the afternoon in Malmo.

The fast bowlers had leverage from the pitch compared to the batsmen in Malmo. The batsmen need to be patient in the middle to connect the ball and hit some boundaries.

Ariana AKIF’s Debarchan Dash smashed the bowlers all over the park yesterday. He was a nightmare to the bowlers with his average of 60.5 and a strike rate of 288.09. Without a second thought, he can be made the captain of your fantasy team.

For Ariana CC, Bashir Ahmed was the best batsman on day one. In three matches, he scored runs at an average of 36 with a sizzling strike rate of 207.69. His teammate Naser Baluch fascinated everyone with his all-round performances. He scored 67 runs in two matches and also gained many fantasy points with his left-arm pace.

Ahmed Zadran will be the prime pick from the bowling department. He bamboozled the batsmen with an economy of 3.00 picking up nine wickets to his name. 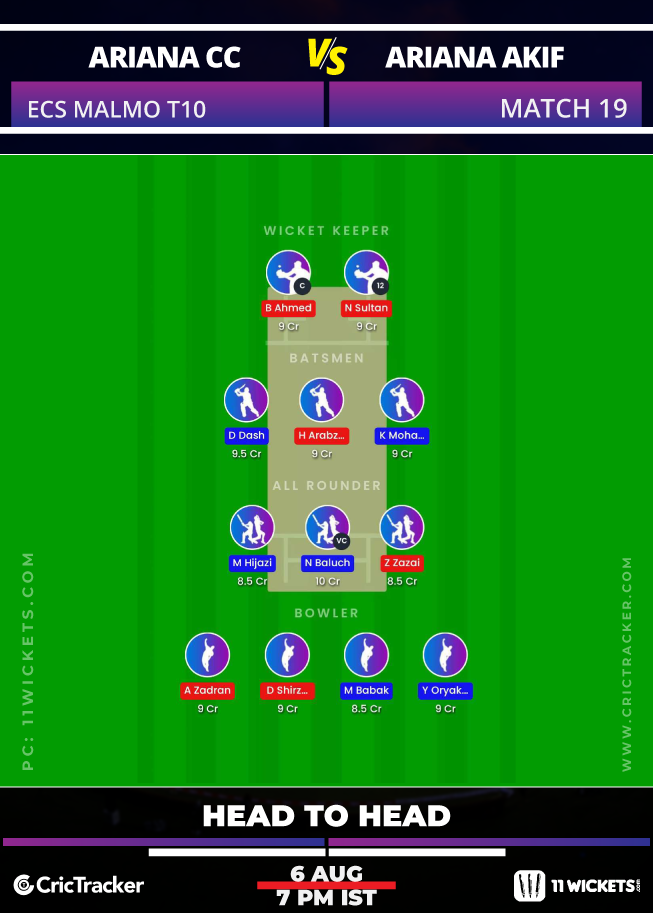 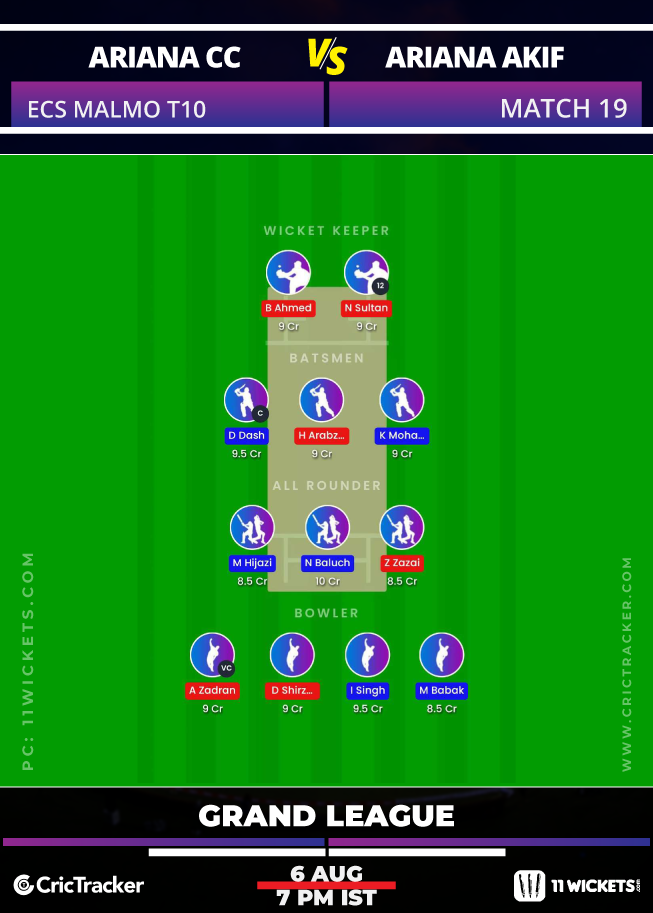 It is advisable to pick the wicket-keeper batsman Hardeep Virk in your team. Even though he could not play well on the first day, he had a fantastic record in the domestic T20 competitions.