Dash and Bashir are the best options available to make captain. 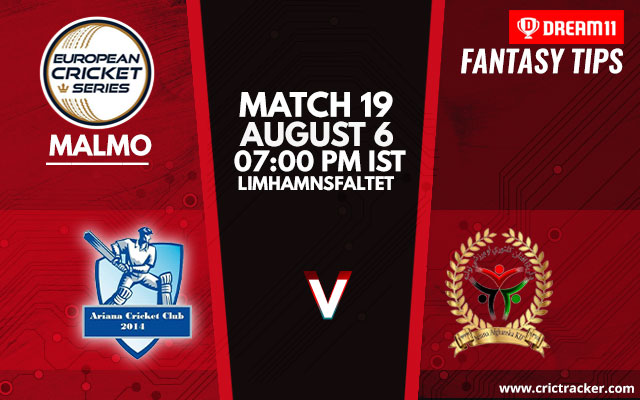 The 19th match of the ECS Malmo Tournament between Ariana AKIF and  Ariana Cricket Club will be played at Limhamnsfältet in Malmo.

After recording convincing victories on their first day of the ECS Malmo competition, Ariana AKIF and Ariana Cricket Club will look to continue their winning momentum when they meet each other in match number 19. Ariana AKIF won both their games, while Ariana CC is on a three-match winning streak. This game will be a battle of equals.

The skies will stay clear in the afternoon in Malmo. The temperature will stay around 21 degrees Celsius.

The fast bowlers have enjoyed bowling in Malmo. The batsmen need to spend some time in the middle before going big.

Debarchan Dash destroyed the opposition bowling attacks yesterday. His average of 60.5 and strike rate of 288.09 makes him the number one choice for captaincy.

Bashir Ahmed was the best batsman for Ariana CC on day one. He scored runs at an average of 36 in the three matches, while his strike rate was 207.69.

Naser Baluch impressed with his all-round brilliance. He scored 67 runs in two matches and even scored many points with his left-arm pace.

Ahmed Zadran will be the prime pick from the bowling department. He scalped nine wickets in three matches yesterday. His economy rate of 3.00 shows that the batsmen find his deliveries to be unplayable. 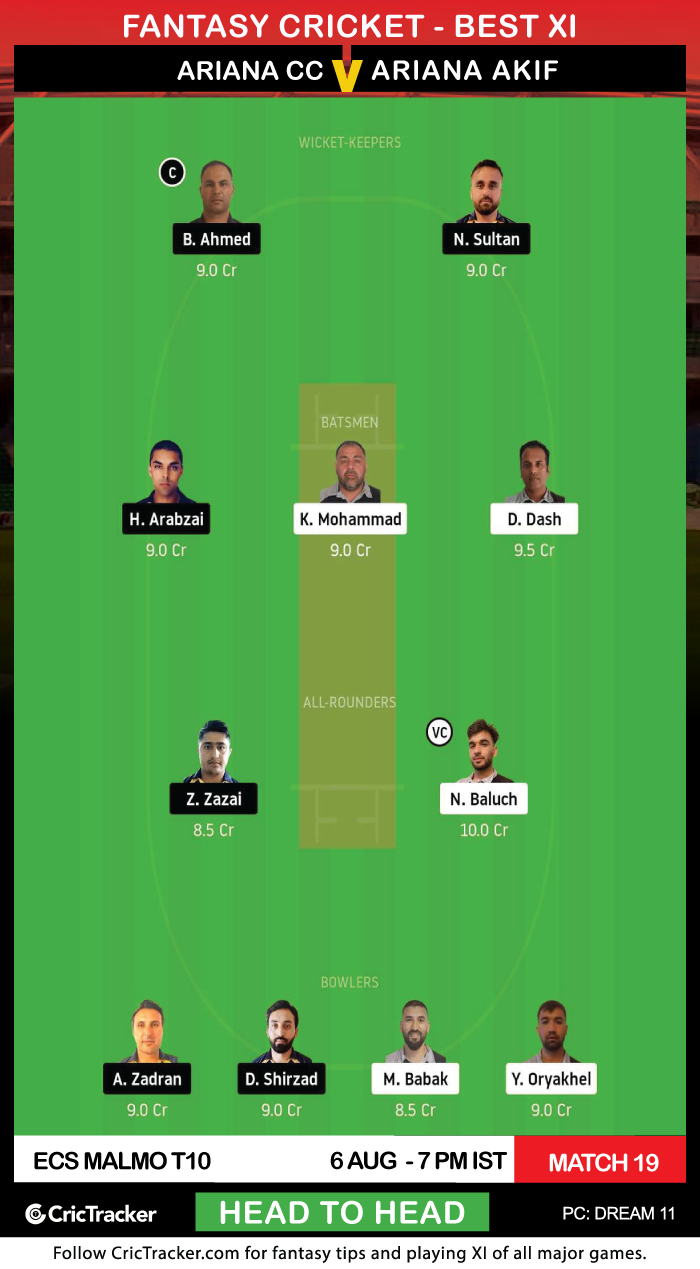 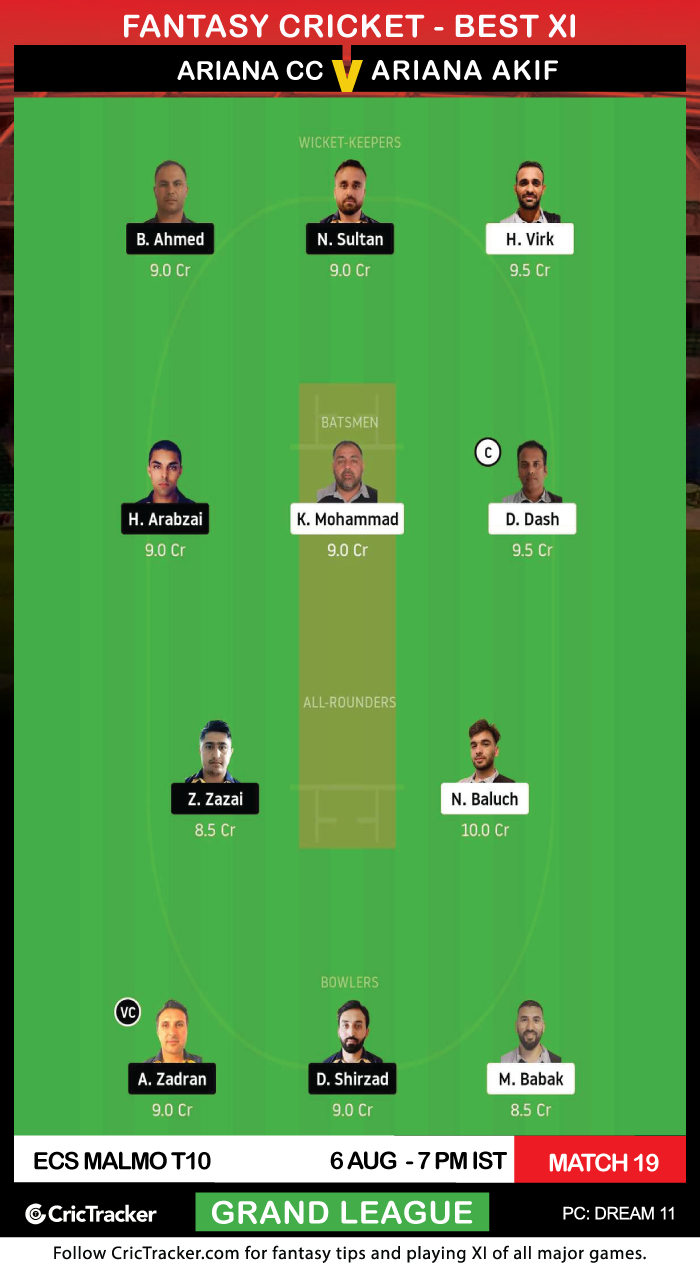 Hardeep Virk had a fantastic record in the domestic T20 competitions. Although he could not play well on the first day, it is advisable to pick him in the fantasy XI.