Baluch and Dash are once again good captain options.

The 1st Semi-final match of ECS T10 is all set to be played between the Malmohus Cricket Club and the Ariana AKIF at the Limhamnsfaltet Cricket Ground.

With league progressing into the playoffs stage, the first semi-final is all set to be contested between the Ariana AKIF and the Malmohus Cricket Club. Leading into this match, the Ariana AKIF has been on a roll this season with 3 wins out of their four matches and are placed at the top of the points table.

Malmohus Cricket Club too finished at the top of their group’s points table, with 4 out of 4 wins in the group stage. So, it will be interesting to see which team gets the better of their opponent and wins this tightly contested match.

There is almost no chance of rainfall, which means that a full-length match is on the cards. The skies will be sunny and the temperatures will be around the 26 degree Celsius mark.

The pitch at the Limhamnsfaltet Cricket Ground has something in store for both the batsmen and the bowlers to play with. In the bowling department, it will be the pacers, who will be benefitting most from the conditions here.

Changing Virat Kohli as a captain would destroy the culture of the Indian team: Brad Hogg

Deacharan Dash is the current top scorer of the tournament with, 149 runs to his name in four matches, at a strike rate of 240.32 and average of 37.25. He has scored one half-century so far, which turned out to be a 91 run inning.

Naser Baluch, playing for the Ariana AKIF has also done well with the mat, just like his teammate Debacharan Dash. He has scored 120 runs in 4 matches at an average of 40.00 and strike rate of 240.00.

Dheeraj Malhotra has been the pick of the batsmen for the Malmohus Cricket Club. He has 104 runs to his name in 4 matches, including 1 half-century and a total of 11 boundaries. His strike rate currently stands at 148.57.

Rizwan Ashraf with 90 runs in 4 matches to his name, he follows his teammate Dheeraj in the list of top run-scorers for his team, the Malmohus Cricket Club. He has maintained an average of 30.00 and a strike rate of 214.28 in this tournament.

Changing Virat Kohli as a captain would destroy the culture of the Indian team: Brad Hogg 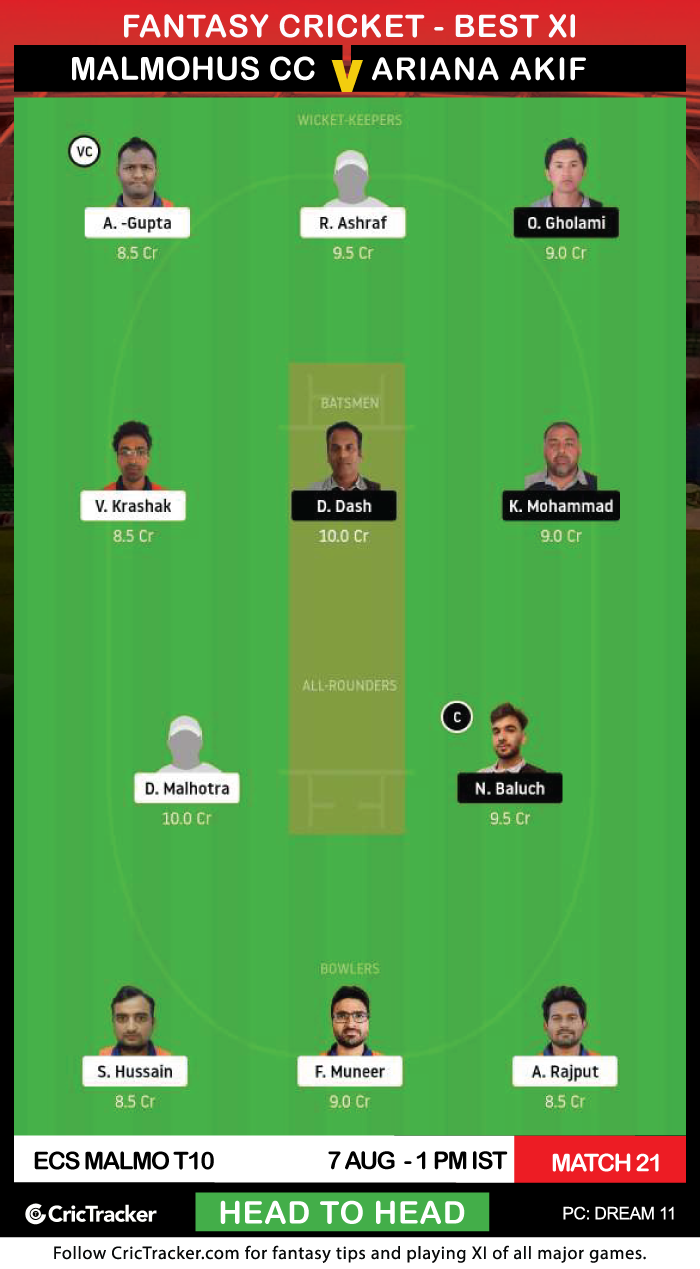 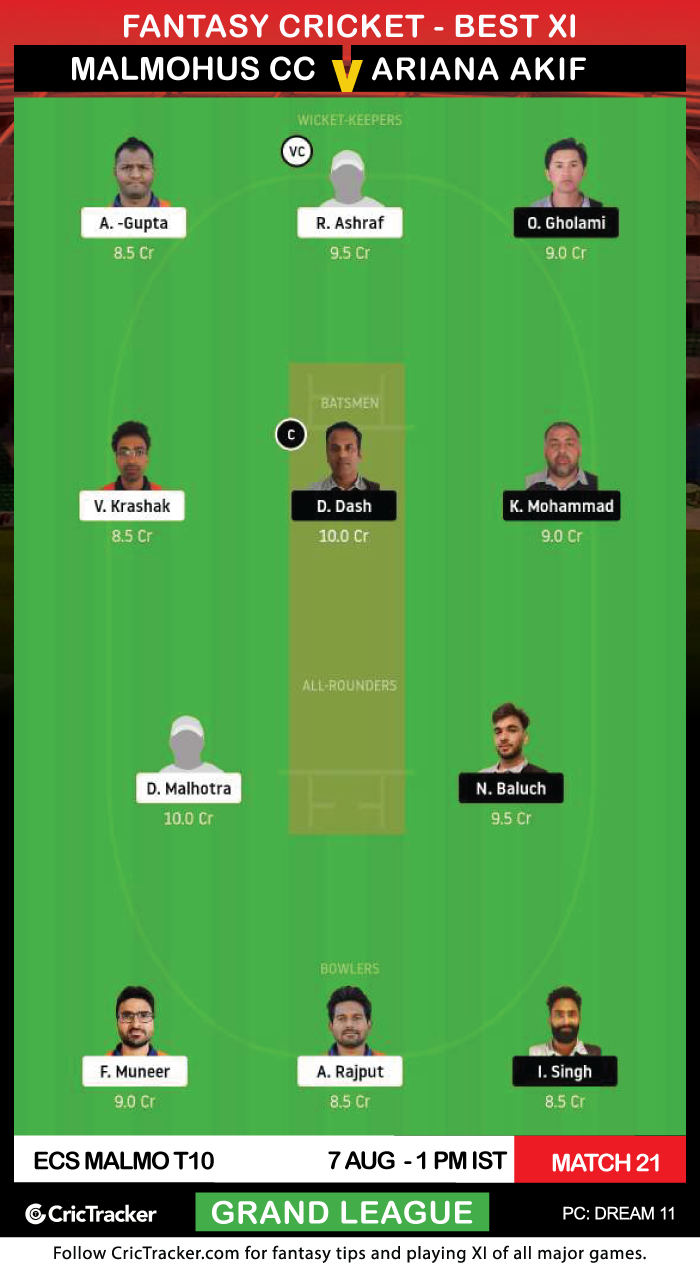 At the time of writing, Rizwan Ashraf was a part of just 34.28 per cent of fantasy teams, but he has been in good touch and is capable of giving a nice return on his 9.5 points investment, making him a must pick a player for your team.