It would be wise to pick Ashish Rajput in your 11Wickets Fantasy team. He took 2 wickets in his last match against Evergreen CC.

The 9th match of the ECS Malmo Tournament between Malmohus Cricket Club and Malmo Kings Cricket Club will be played at the Limhamnsfältet in Malmo.

Tuesday is expected to be a day with overcast conditions, just 10 per cent chance of precipitation, with the temperatures being around the 19 degree Celsius mark.

The first day of the tournament saw no team breaching the 100-run mark, which means that there is not going to be a run-fest happening on this surface any time soon.

Jahandad Mushtaq played an impressive innings of 32 runs in the second match of Malmo Kings CC. Zain Muzaffar was the only bowler from the home team who could trouble the opposition batsmen.

Rizwan Ashraf smashed an unbeaten half-century against Evergreen CC. Faraz Muneer scalped four wickets on the opening day of the league and he can wreak havoc in this game as well. 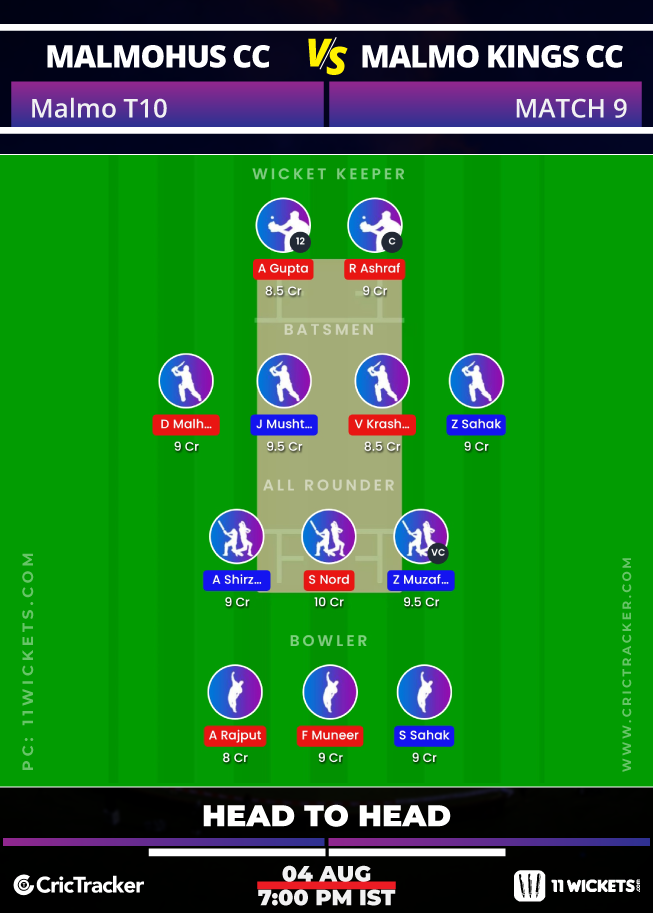 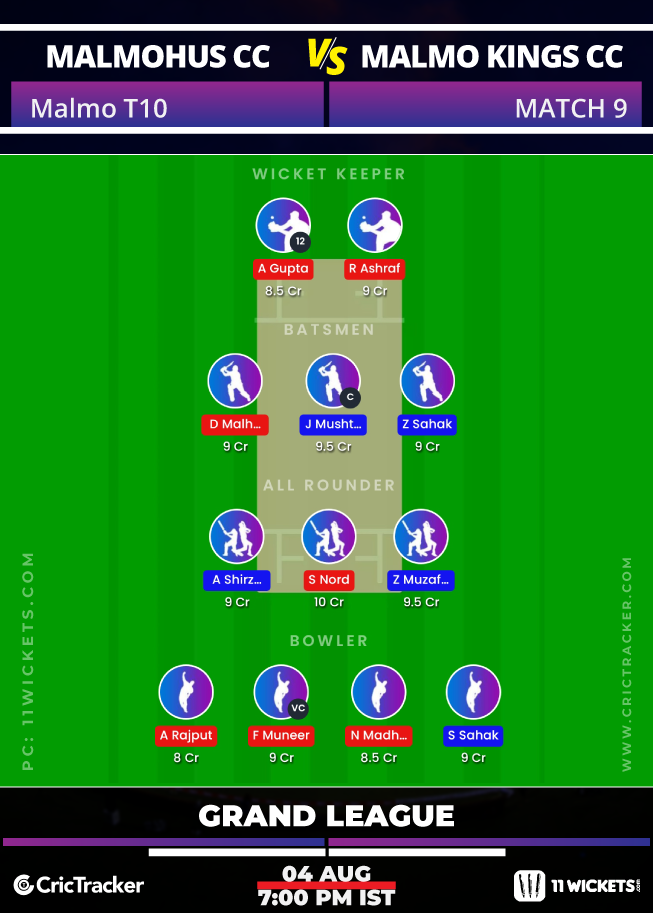 It would be wise to pick Ashish Rajput in your 11Wickets Fantasy team. He took 2 wickets in his last match against Evergreen CC.

Malmohus Cricket Club is expected to win this match.