Msida Warriors are expected to win this match.

Msida Warriors will be up against Overseas in the 15th and 16th match of the ECS Malta 2021 on Friday. Msida Warriors got a decent start in this tournament, having won 2 out of the four matches they played. They won their last battle against Mater Dei, as they chased down the target of 82 runs in the allotted ten overs. Currently, they have positioned themselves on the 4th spot with 4 points in their bag.

Overseas, on the other hand, didn’t have a good time in the ongoing tournament. They have lost both the matches played against Mater Dei by 37 runs and 15 runs. With 2 wins from six games, Overseas are rooted on the bottom of the league table. We can expect a tough battle between these two teams on Thursday.

Msida Warriors vs Overseas, Match 15 and 16

Rockey Dianish has looked good in the previous match against Mater Dei. He scored an unbeaten 39 of 27 balls and guided his team to run over the victory line.

Divyesh Kumar is the other player to be picked up from the Msida Warriors team. He has scored 54 runs in four matches and took 3 wickets for his side.

Charl Kleine-Punte has been the best in business for Overseas in this tournament. He notched up 154 runs at an average of 30.80 and has taken 3 wickets.

David Marks is the other player to be picked from the Overseas team. He has scalped 4 wickets from six matches and even scored 36 runs with the bag. 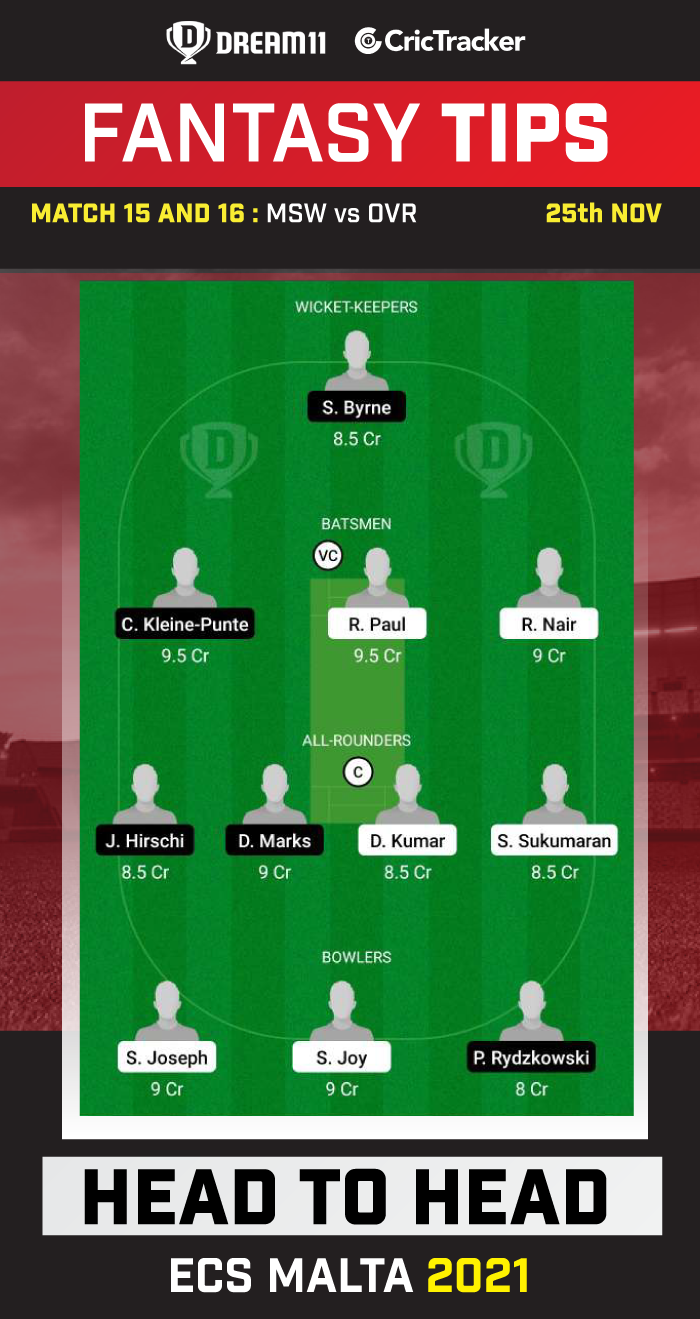 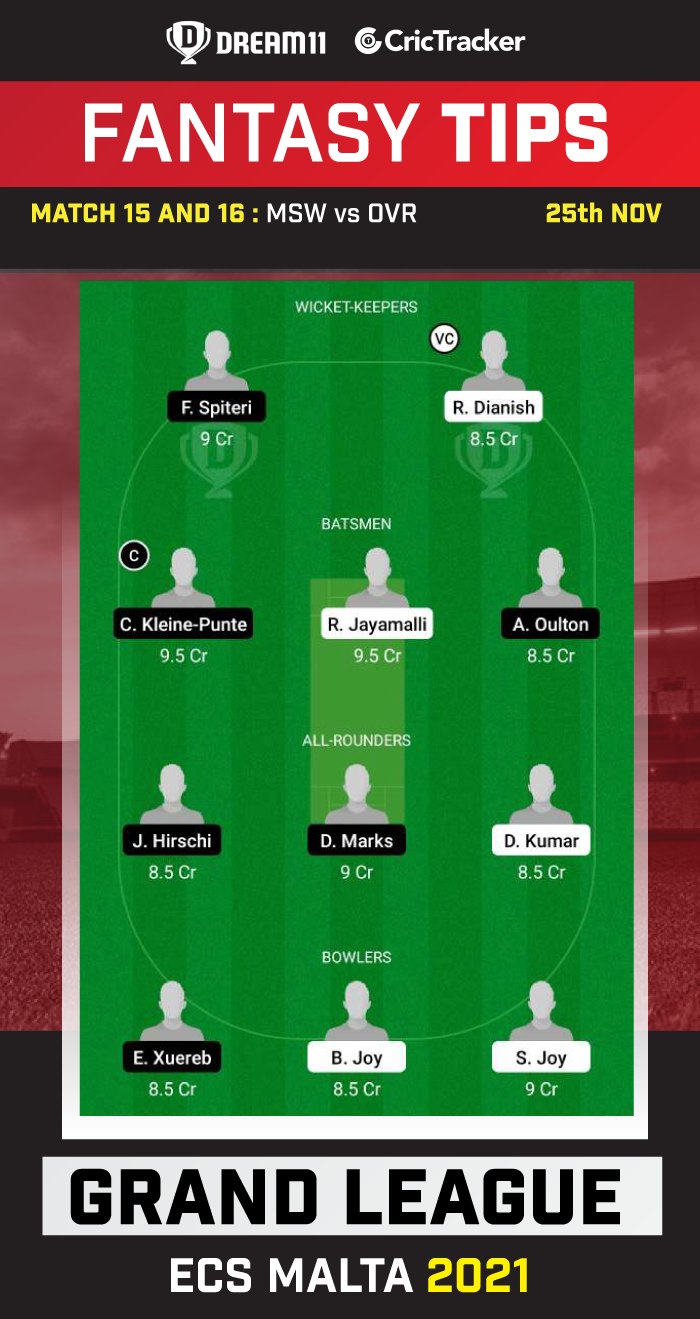 Msida Warriors are expected to win this match.