Mater Dei are expected to win this match.

Southern Crusaders are all set to clash with Mater Dei in the 17th and 18th match of the ECS Malta 2021 on Friday. With 3 wins and 3 losses, Southern Crusaders are placed at the third spot in the team standings with 6 points. They won their previous battle against Bugibba Blasters and will look to maintain the momentum in the upcoming match as well.

On the other hand, Mater Dei have also had a good tournament so far. With 3 wins and a loss from six games, Mater Dei is at the top of the table with 8 points. Their previous outing with Bugibba Blasters has been called off due to bad weather conditions. Hope they will be taking the field against Southern Crusaders on Friday.

As usual, the wicket will tend to favour the batters and there is less space for the bowlers to contain runs. Having said that, the bowlers did an exceptional job in picking wickets, especially in the second innings.

Jojo Thomas would be a good buy for your fantasy teams. In 6 matches, he scored 65 runs and has taken 4 wickets for his team.

Muhammad Bilal is the leading wicket-taker of the ongoing tournament. He has bagged 8 wickets after getting featured in 6 matches, with the best figures of 3 for 16.

Michael Nazir has done pretty well with both the bat and the ball for his team. He scored 62 runs and picked up 5 wickets so far in this tournament.

Pintu Ghosh has bowled exceptionally well in his last outing against Overseas. He went on to scalp 4 wickets while conceding 21 runs in his spell. 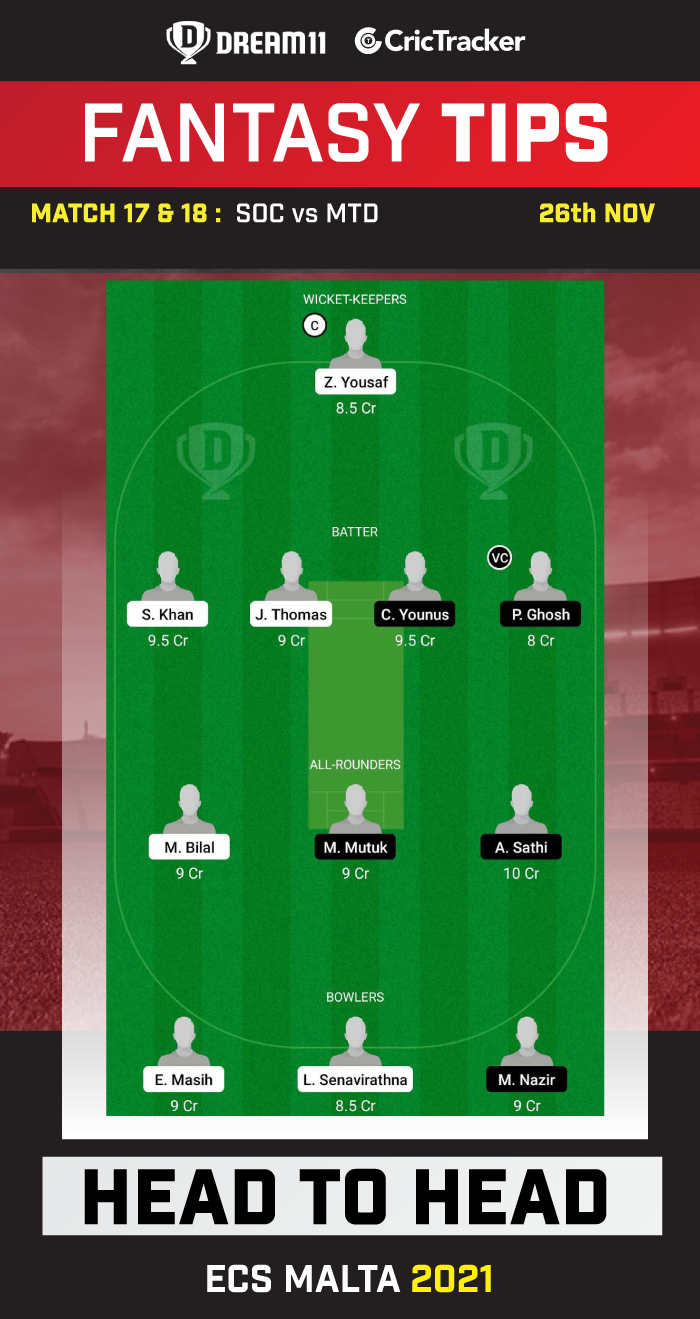 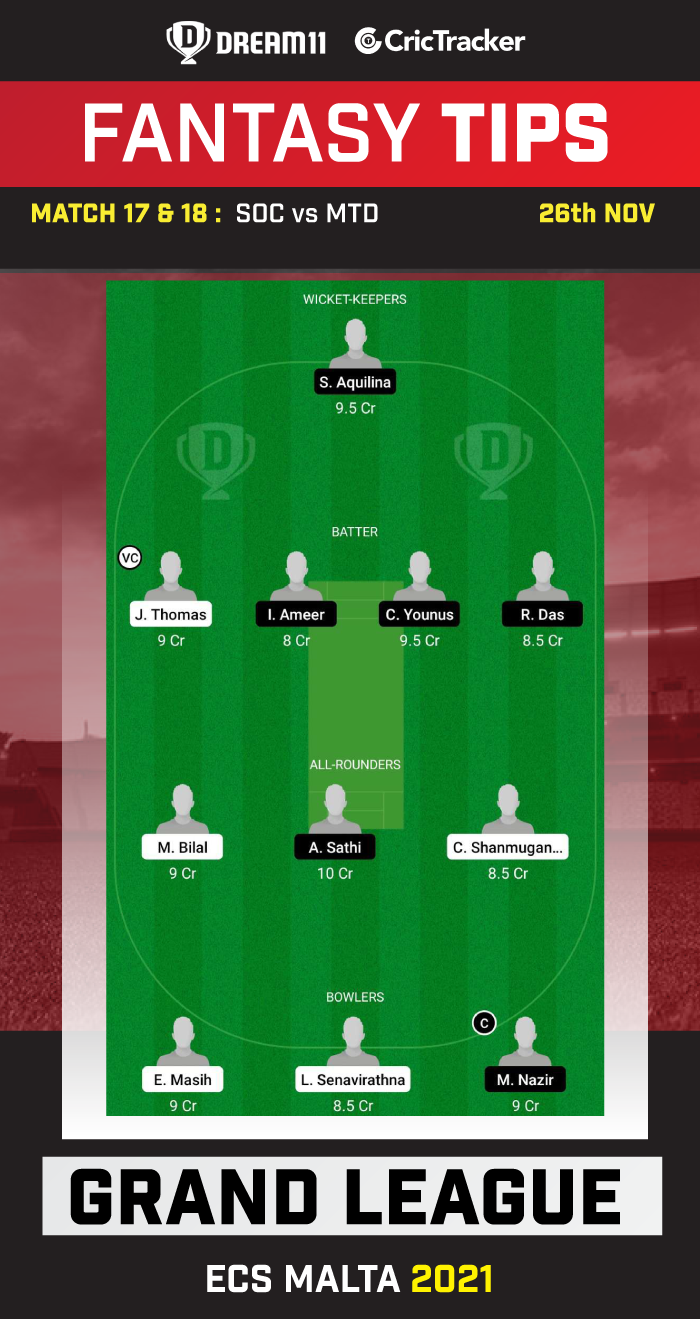 Mater Dei are expected to win this match.