Both sides are yet to be defeated in this tournament.

Atlas UTC Knights will take on tournament favorites American University of Malta in the 35th and 36th matches of the ECS Malta 2021. It’s going to be a cracker of a contest as two of the strongest teams take on each other. Atlas UTC Knights are undefeated in this tournament. They have won three straight matches on the trot before heading into this match whereas their 1st fixture was washed out due to rain.

American University of Malta on the other hand are having a dream tournament so far. They have won all their 6 matches played and rightly deserved to be on the top of the table in the Group B standings with 10 points.

Atlas UTC Knights vs American University of Malta, Match 35 and 36

The batters will likely have full control over the match if they play to their true potential, even bowlers will get the right rewards if they bowl in the right channels. It’s a competitive surface and batting first is still a good option.

Samuel Stanislaus is a familiar name in Malta Cricket. In 3 innings in this tournament, he has struck 88 runs at an average of 88 with a strike rate of 135.38.

Basil George is a must-pick for your fantasy teams as he brings more balance to the side. In 2 matches, in this tournament, he has scored 42 runs at a strike rate of 155.55 and picked up 2 wickets at an economy of 9.25.

Varun Prasath Thamotharam is an excellent all-round cricketer who always gives more than 100 percent every time. So far in this tournament, he has scored 67 runs and picked up 9 wickets.

Wicketkeeper batter, Darshit Patankar has struck 109 runs in 6 matches in this tournament with the highest score of 39.

AUK vs AUM Must Picks for Dream11 Fantasy Cricket: 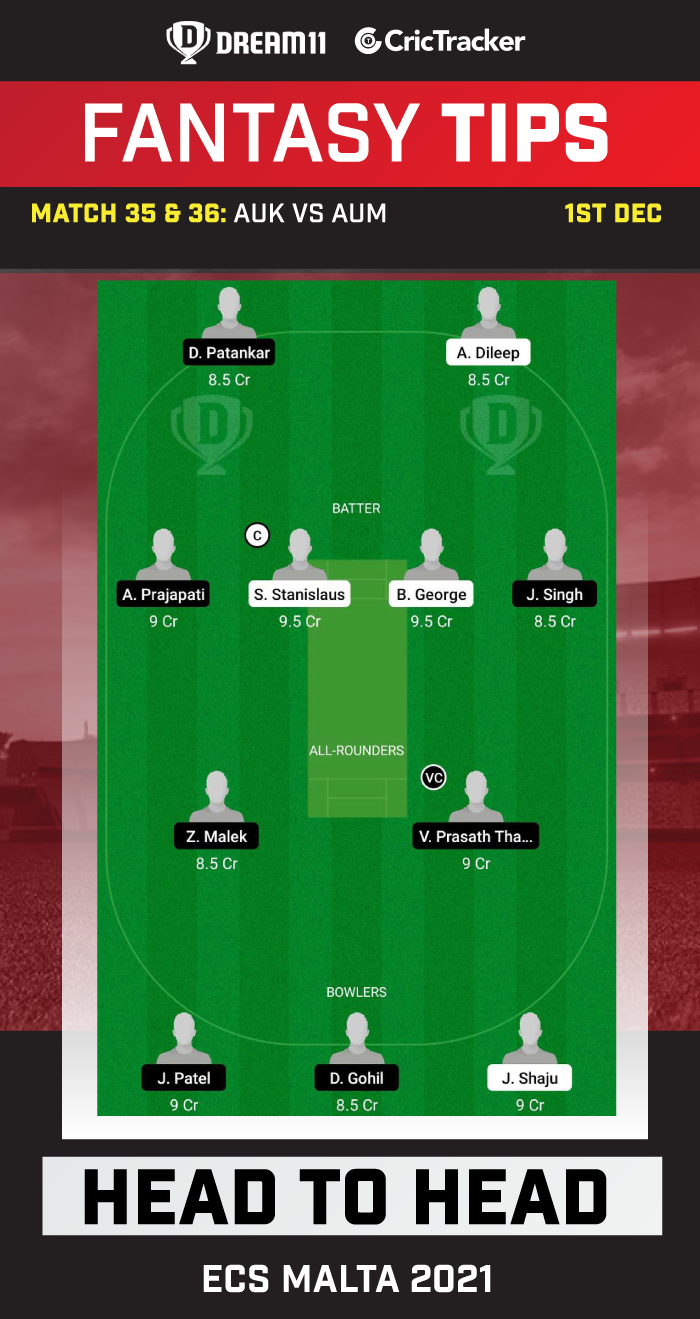 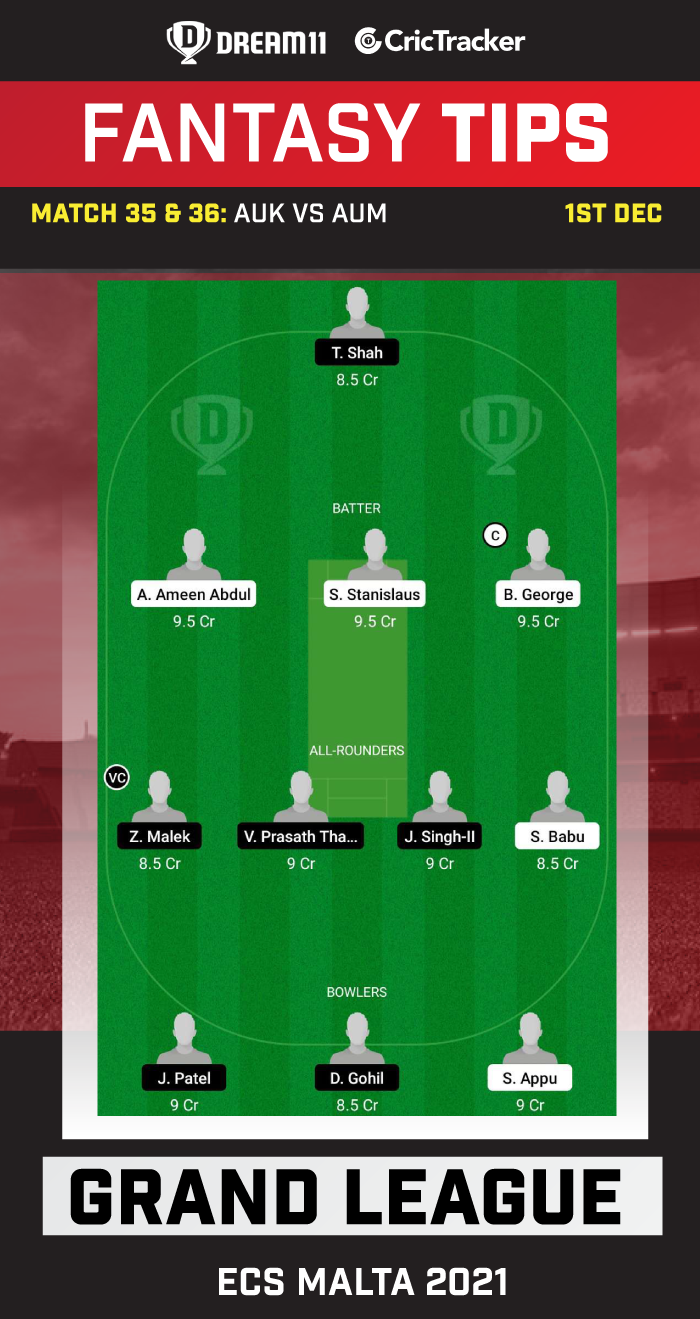 American University of Malta are expected to win both matches.