Msida Warriors will go head-to-head against Marsa in the 1st Quarter Final of the ECS Malta 2021 on Friday (December 3). Msida Warriors have had a fabulous tournament so far, as they finished at the second spot in the team standings. They won both the matches played against Bugibba Blasters by 8 wickets and 42 runs respectively.

Talking about Marsa, they didn’t do much wrong in this tournament. With 4 wins in eight matches, Marsa occupies the third spot in the team standings with 9 points. They have been a bit inconsistent in this competition and need to do well in this match.

Rockey Dianish has been the top contender for Msida Warriors in this competition. He has the most runs for his team, having scored 118 runs at an average of 29.50 and a strike rate of 131.11.

Divyesh Kumar can fetch you points with his all-round performances. So far in this tournament, he has smacked 110 runs at an average of 36.66 and has picked up 3 wickets as well.

Fanyan Mughal has been the best batsman for Marsa this season. He notched up 134 runs at an average of 22.33 and also picked 2 wickets for his team.

David Athwal will be a good buy for your fantasy teams. He has scalped 6 wickets at an average of 4 and has an economy of 4 as well. 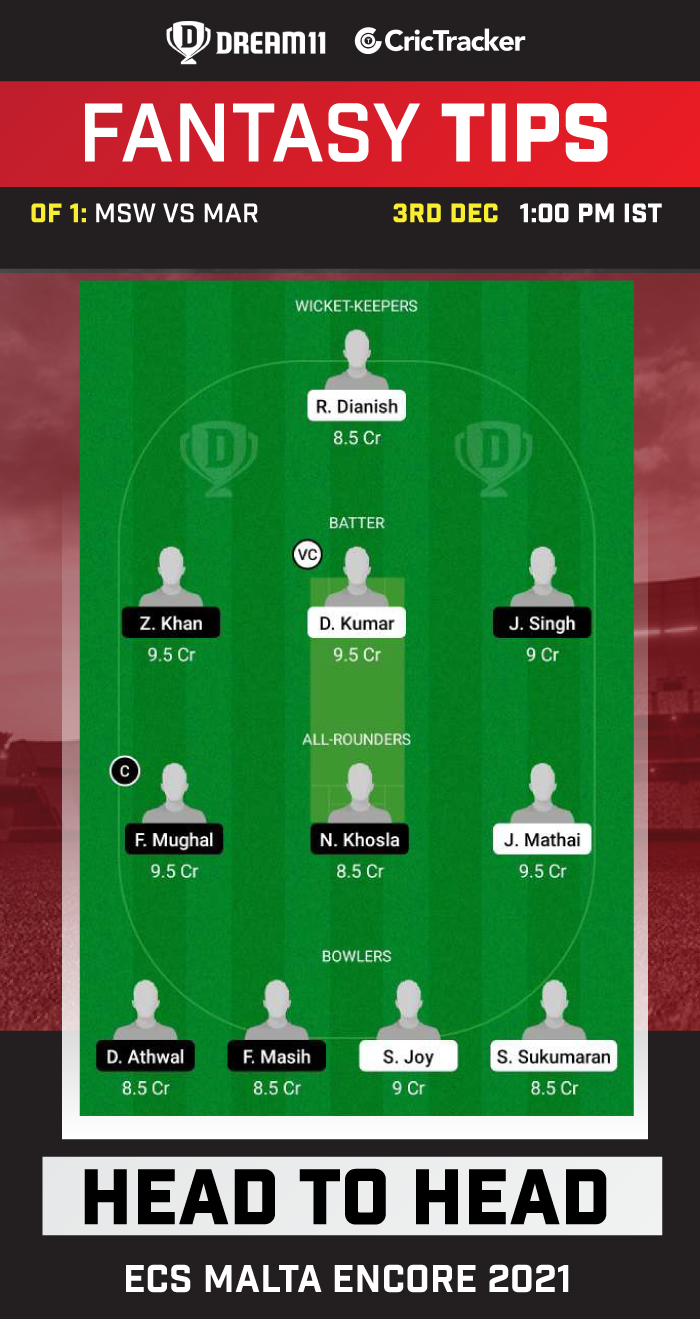 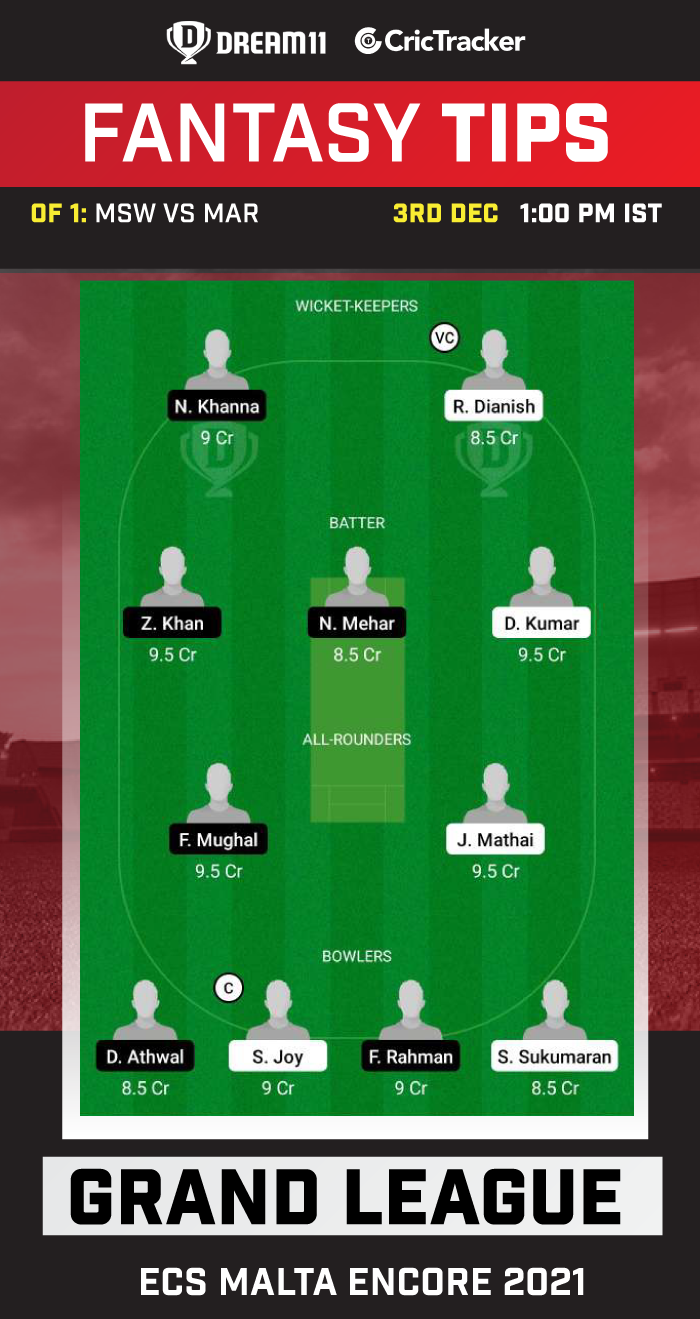 Marsa are expected to win this match.