Atlas UTC Knights are expected to win this match.

Atlas UTC Knights are all set to clash with Southern Crusaders in the second quarter-final of the ECS Malta 2021 on Friday (December 3). This should be an exciting match, considering that it is a must-win game for both teams. Atlas UTC Knights have finished at the second spot in the league with 5 wins from eight games.

On the other side, Southern Crusaders didn’t have a good time in the ongoing ECS tournament. Despite losing 5 out of their eight matches, Southern Crusaders managed to qualify for the 2nd Quarter-Final against Atlas UTC Knights. Hence, both the teams will be keen on putting up a brilliant performance to move ahead for the Semi-final.

It’s still an excellent wicket to bat on, the bowlers need extra additional skills to trouble the batters. There is some help for the quick bowlers, and they need to utilize it in favour of them. Anything over 100 is a match-winning score on this surface.

Samuel Stanislaus is the leading run-getter of the ongoing tournament. So far, he has amassed 196 runs from eight matches at an average of 39.20 and also picked 3 wickets for his team.

The skipper of the side Sujesh Appu is another must-have player in your fantasy teams. He is the highest wicket-taker for his team this season, having picked 6 wickets at an average of 15.50.

Muhammad Bilal is a key player for Southern Crusaders, who has made vital contributions with both the bat and the ball. He has scored 77 runs and scalped 9 wickets as well.

Following him, Zeeshan Yousuf is the other player to be picked up from the Southern Crusaders team. He scored 70 runs from eight matches and has also picked 8 wickets with the ball. 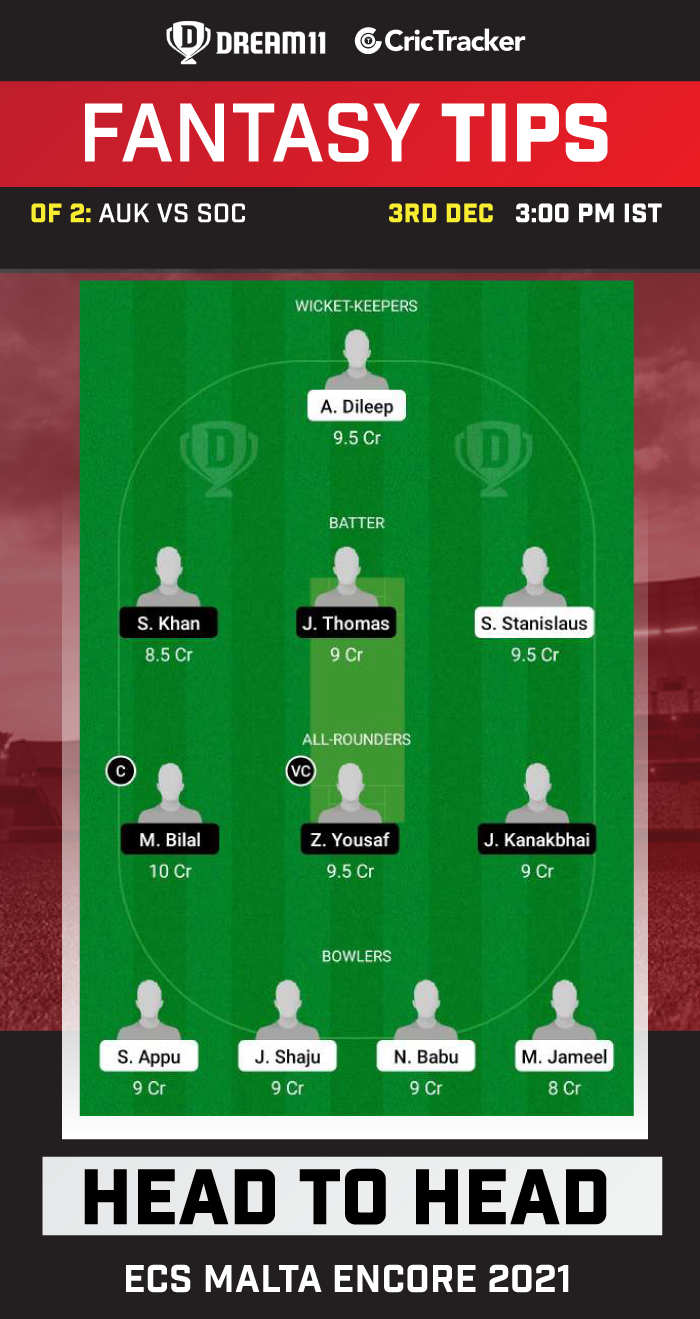 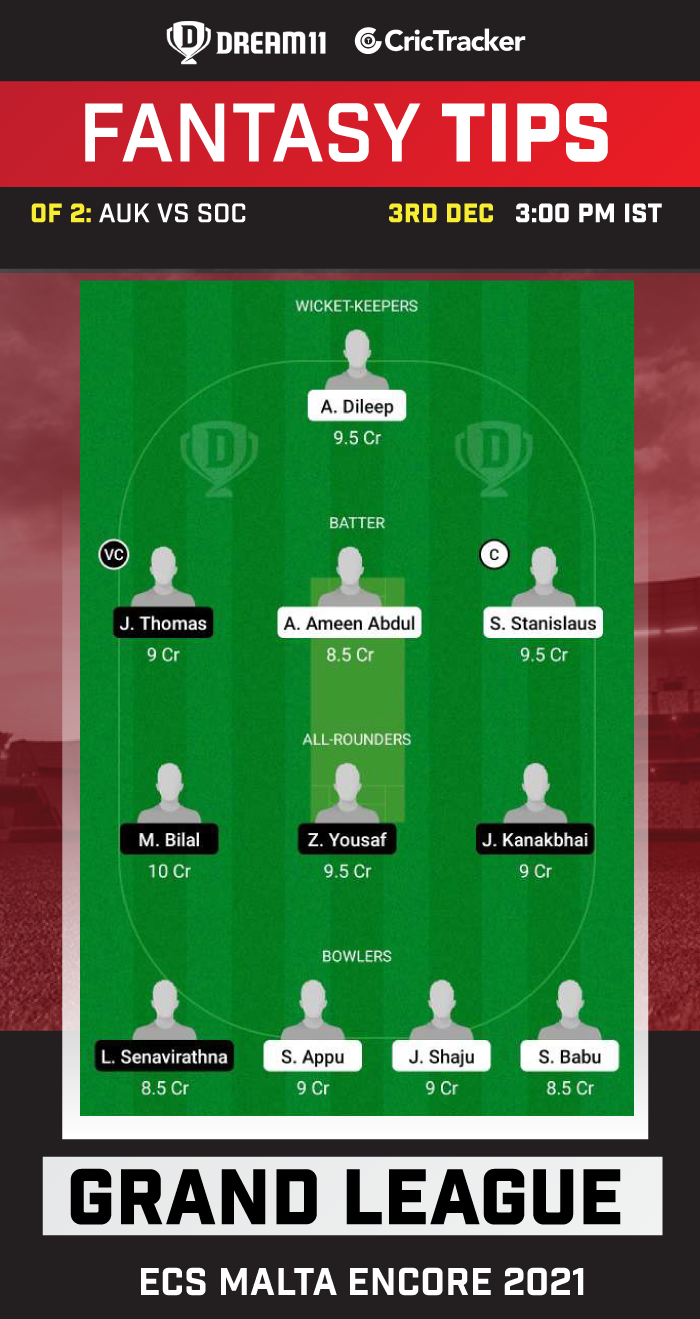 Atlas UTC Knights are expected to win this match.