We can expect that it will be a thrilling game.

On Friday, Hammarby and Linkoping will face off in the second quarter final of the Stockholm T10 Series. Linkoping placed third in the table, with only four victories in eight group stage matches. They will try to outperform themselves this time around. Hammarby, on the other side, placed second in the table, winning 5 of the 8 matches. Both sides will be aiming to showcase their abilities.

The Norsborg Cricket Ground is a batting-friendly track that should help the batsmen once again. The pacers will get little assistance, and the spinners will have to work hard for the wickets.

Azam Mohammad is a great pick as an all-rounder for your fantasy team, so far in this competition, he has scored 84 runs and took 4 wickets.

Khalid Mehmood is a must-have choice as he has 45 runs and 2 wickets.

Asad Javed is a must-have for any fantasy squad, and his numbers look excellent. He has so far taken 5 wickets.

Ankit Naik is brilliant with both the bat and the ball, scoring 91 runs and taking two wickets.

HAM vs LKP Must Picks for Dream11 Fantasy Cricket: 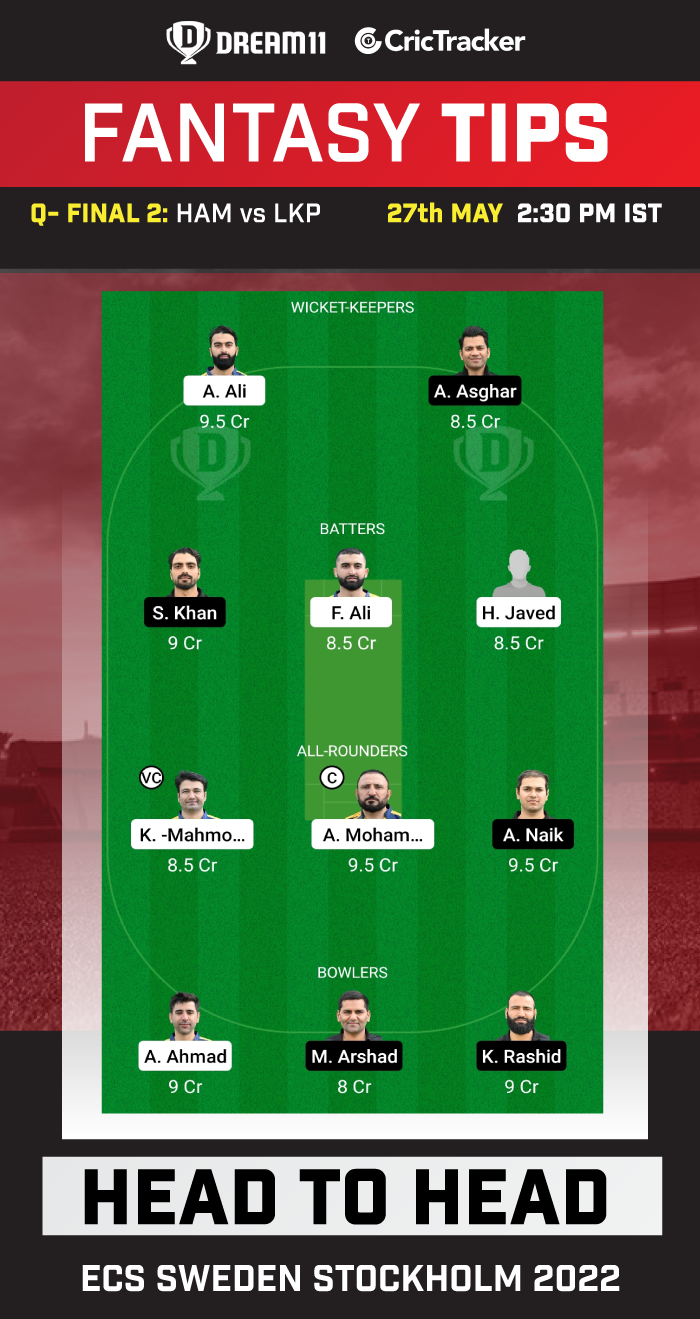 Hammarby is expected to win this encounter.