The 1st match of the ECS T10 Bologna 2021 will be played between Baracca Prato and Kings XI on 22nd March at Oval Rastignano, Bologna.

The match is scheduled to start at 1:30 PM IST and it will be streamed live on FanCode.

On the other hand, Kings XI have already participated in the last season as well. In the ECS Rome 2020, they had a very disappointing season. They would want to change their fortunes this time, and competing with debutants in the first match gives them a chances to start their campaign with a win.

The temperature will be ranging from 12 to 14 degrees Celsius. We can expect a full match without any rain interruption. The humidity level will be a moderate 40 per cent.

The Oval Rastignano pitch is very good to bat on. Last year in ECS Rome, most of the teams looked to defend the targets by posting big runs on the board in the first innings. So, whoever wins the toss should opt to bat first.

Also Read – India vs England: Virat Kohli hands over the trophy to Ishan Kishan and Suryakumar after T20I series win

Simranjit Singh is a top-order batsman who plays the straight drive and the pull shot very well. He was the leading run-scorer for Kings XI in the last season.

Muhammad Awais is known for his power-hitting and he will also lead the Kings XI bowling attack with lovely inswingers. He was the leading wicket-taker for them in last year tournament.

Ghulam Dastgeer was the leading run-getter for the two teams he represented in his previous two competitions. He has scored three centuries in Italian T20 tournament.

Shahid Imran is a gun pacer from Prato. He can swing the ball in both ways. He is very good with the new ball and at will bowl at the death also.

Ali Hassan Jr is a powerful middle-order batsman. He can score runs very quickly and has already shown his talent in the Italian tournament.

Also Read – If Virat Kohli opening with me is right for Team India in T20Is, so be it: Rohit Sharma 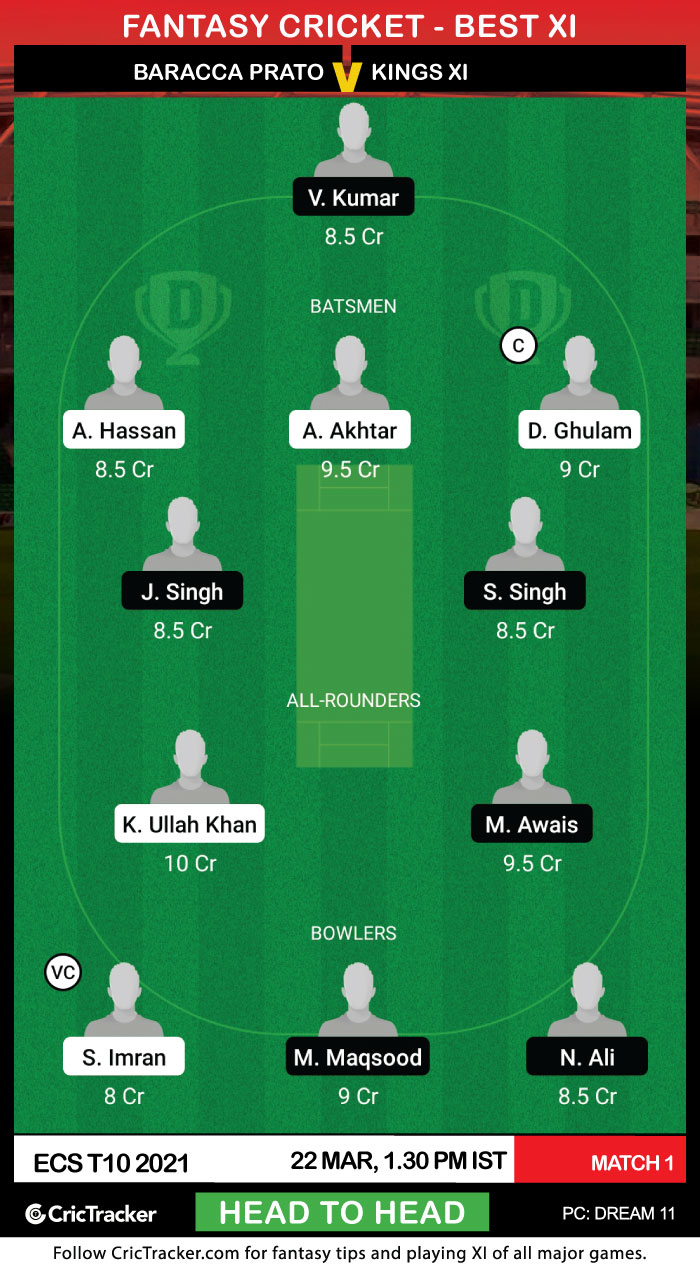 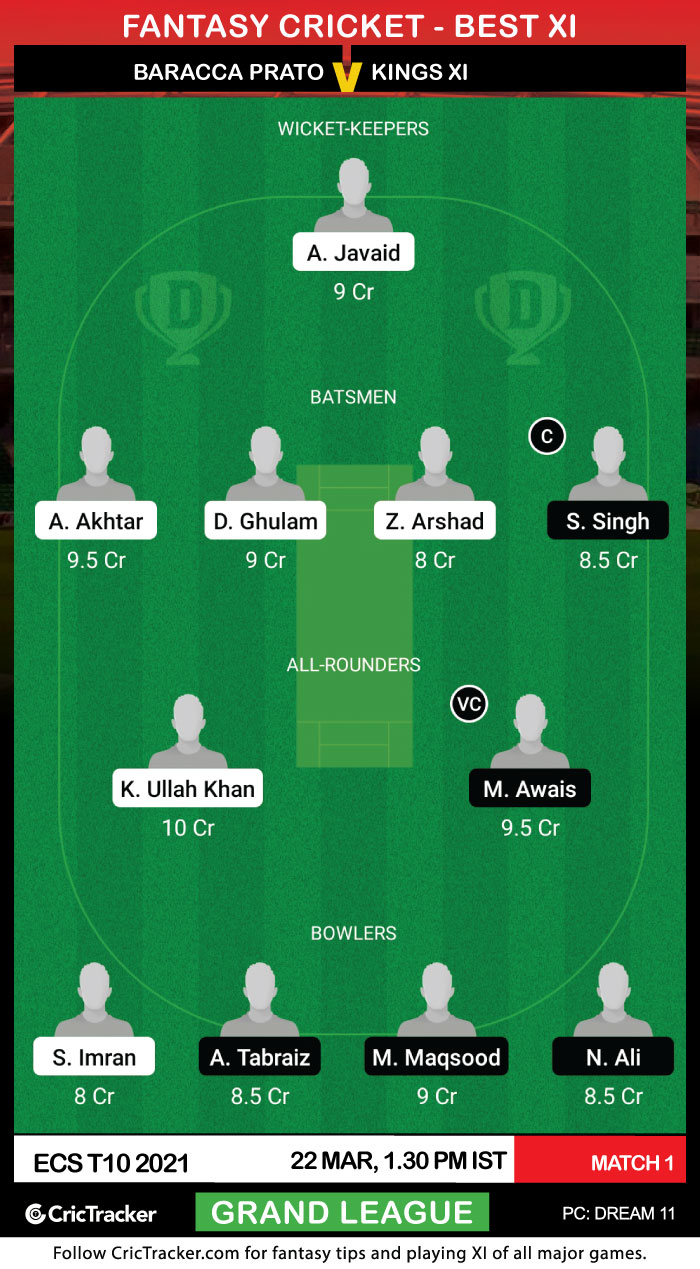 Even though this is debut season for Baracca Prato, some of their players have already played for different clubs in the past and have done really well. Hence, you can trust them to do well in this competition.