It is advisable to pick Adeel Sarwar as the captain of any one of your Dream11 Fantasy teams, given the sublime form that he is in.

The 100th match of the ECS T10 2021 will be played between Hawks and Falco on 5th March at Montjuic Olympic Ground in Barcelona.

The match is scheduled to start at 9:00 PM IST and it will be streamed live on Fancode.

In the 100th match of the ECS Barcelona T10 2021, Hawks will take on Falco. Both the teams are in a comfortable position on the points table. Both have chances to qualify for the final. The last time when these two met, Hawks came out victorious. Falco is at the first spot in the points table with 10 points and this win can confirm their place in the finals.

On the other hand, Hawks are at the third spot with 8 points and this win can make them the top contender for the finals. They will also be high in confidence coming into this game, as they have already beaten Falco in this tournament. It will be a great contest to watch.

There would be a clear sky in Barcelona today. There is no chance of rain and one can expect a full match. The temperature would be around 13 to 14 degree Celsius and 10% precipitation is also expected.

The pitch looks balanced, but the record of chasing teams has been very bad. It is slightly difficult to bat on in the second inning. So, the team winning the toss should bat first and try to set a good total.

Adeel Sarwar is amongst the leading run-scorers in the tournament so far. He has scored 258 runs in 7 matches with a strike rate of 203.15. He has also taken 4 wickets till now.

Abid Shahzad is a batting all-rounder from Falco, who has garnered praises for his performances. He has scored 158 runs in 7 matches and has taken 5 wickets as well.

The leading run-scorer from Hawks, Umar Latif has scored 155 runs in 7 matches with a strike rate of 182.35.

Aamir Javid has been impressive in the tournament so far. In the last match itself, he scored an unbeaten 43. Overall, he has scored 140 runs with a strike rate of 160.92 in 7 matches.

Muhammad Yaseen played a brilliant knock of unbeaten 49 in the last match. So far, he has scored 118 runs in 6 matches with a strike rate of 168.57. 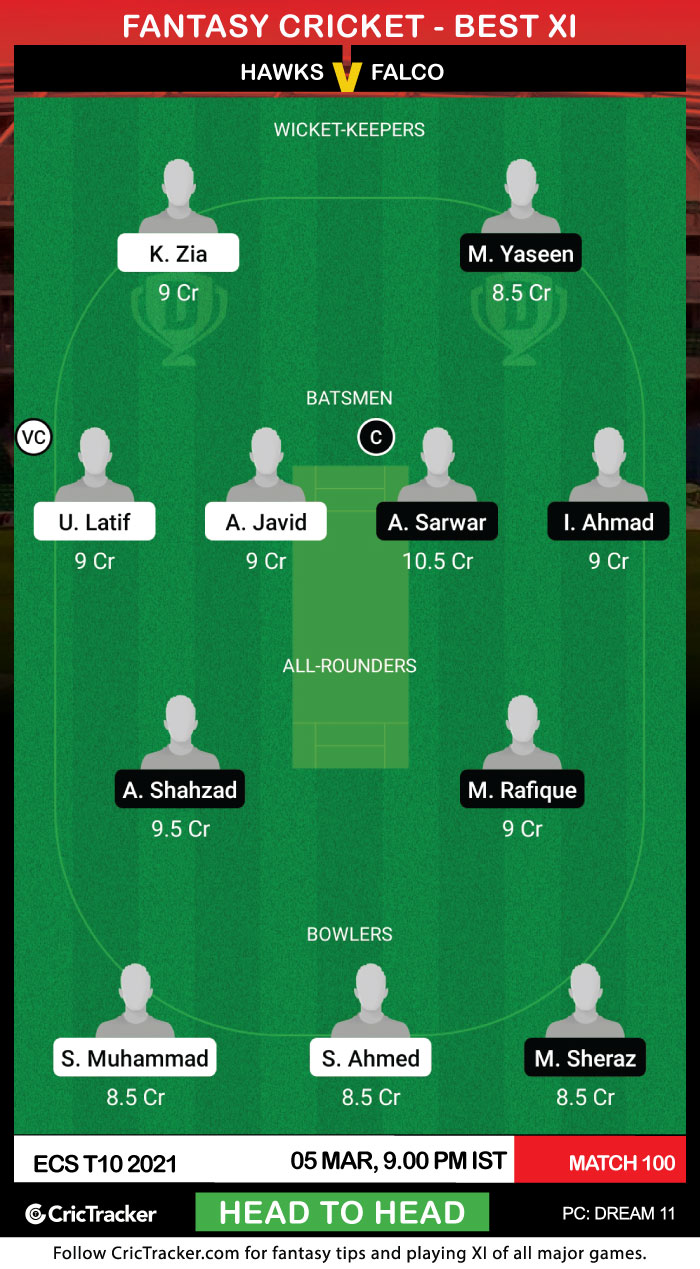 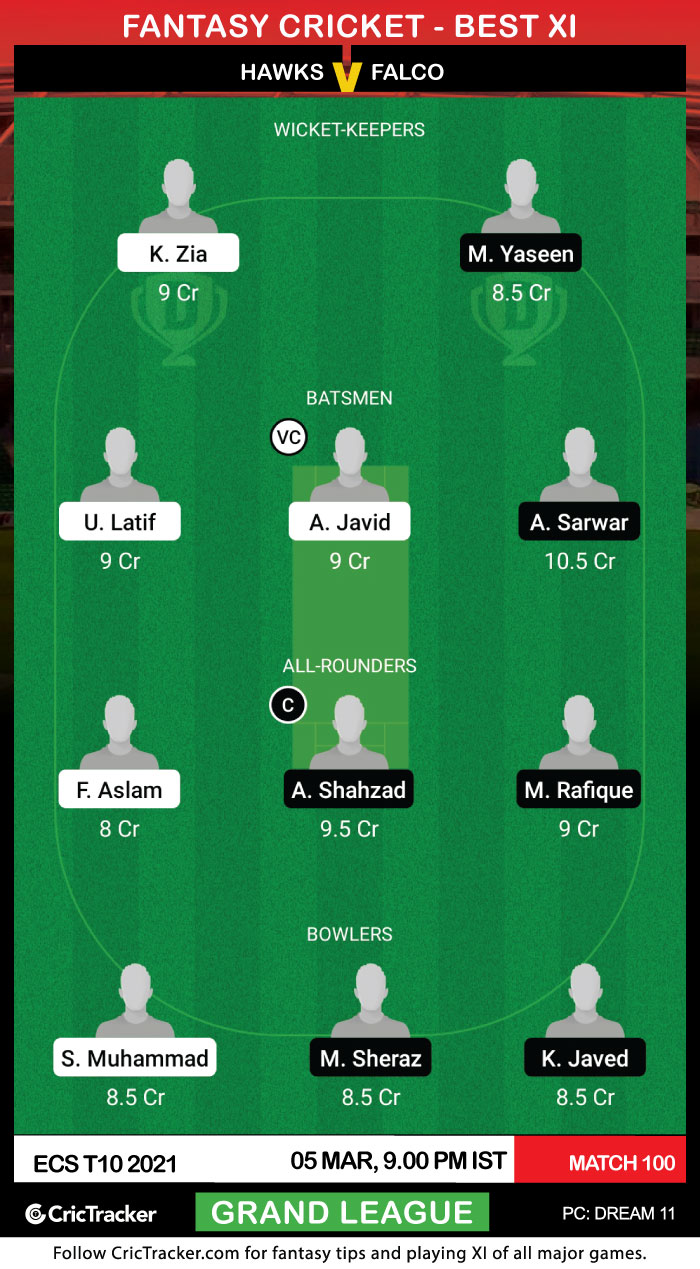 It is advisable to pick Adeel Sarwar as the captain of any one of your Dream11 Fantasy teams, given the sublime form that he is in.