It is advisable to pick Heera Lal as the captain of any one of your Dream11 Fantasy teams.

Match 108 of the ECS T10 2021 will be played between Hira Sabadell and Barna Royals at the Montjuic Olympic Ground in Barcelona.

In the Group B contest, Hira Sabadell and Barna Royals will go head-to-head in the 108th match of the ECS T10 2021 on Tuesday. Both the teams are lagging at the bottom half of the Group B points table and will be looking to gain some momentum. Hira Sabadell are placed fifth with just one win in eight matches played so far in the league.

On the other hand, Barna Royals are ranked fourth, with three wins, as many defeats and one no result in seven games. The Royals had a convincing win over Hira Sabadell by seven wickets in their last encounter and will be favourites going into this match as well.

HIS vs BAR Weather Report for Match 108:

Intervals of clouds and sunshine is expected on Tuesday with a brief passage of shower. The temperature will range around 15 degrees.

The pitch is expected to favour the team batting first. Bowlers will get some help from the pitch in the second innings.

HIS vs BAR Top Picks for Today’s Dream11 Match

Heera Laal is the leading run-scorer for Hira Sabadell in the tournament. He has scored 252 runs with an impressive strike rate of 189.47. He is also the leading wicket-taker for his team, having picked up nine wickets.

Ikram Ul Haq has taken eight wickets for Hira Sabadell in the tournament with the best bowling figure of 2/10.

All-rounder Hamza Azhar is the leading run-scorer for the Royals. He has scored 129 runs and can score big in this game as well.

Syed Shafaat Ali was the player of the match when both these teams last played. He has scored 92 runs at an impressive strike rate of 204.44

Murad Ali is the leading wicket-taker for Barna Royals. He has taken five wickets at an economy of just over 9 runs per over. 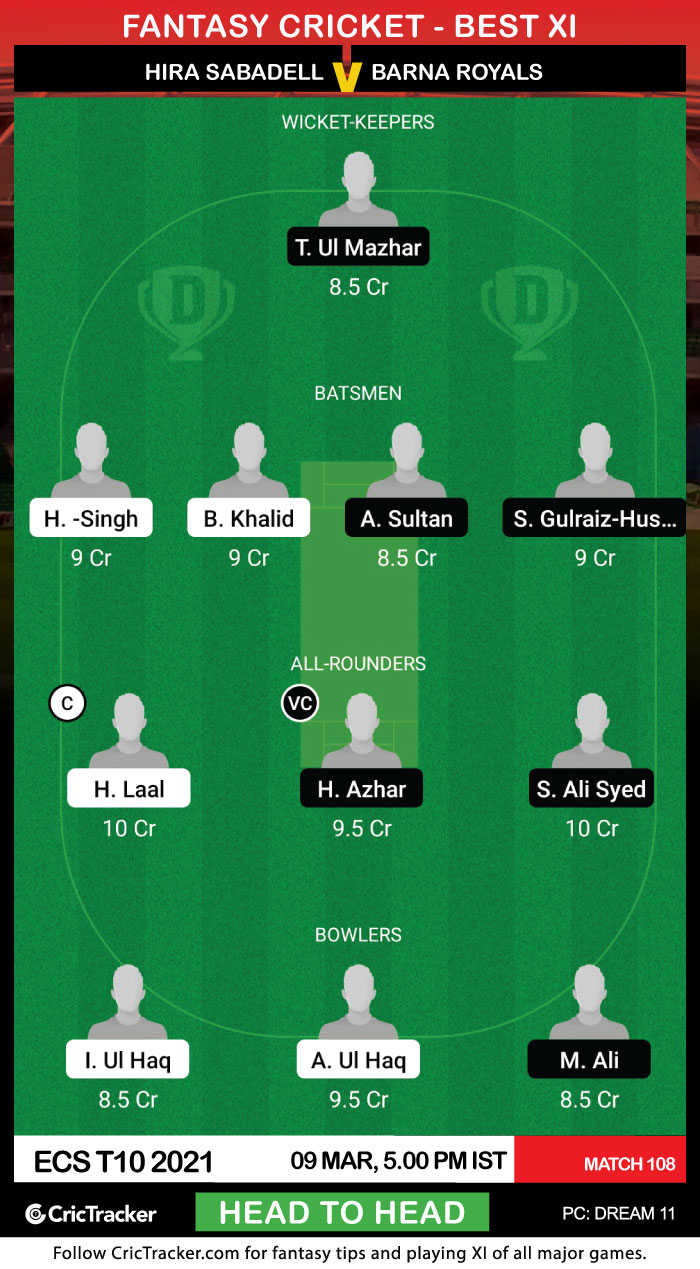 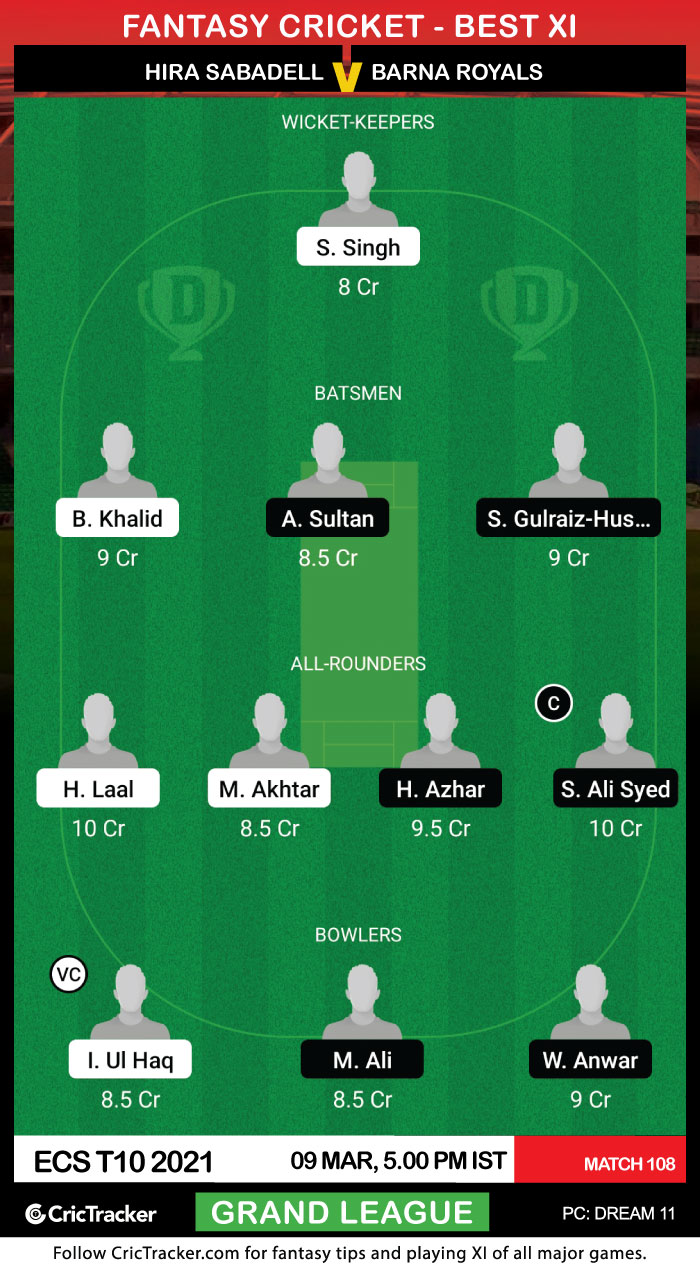 It is advisable to pick Heera Lal as the captain of any one of your Dream11 Fantasy teams as he will get you points with the bat as well as with the ball.

HIS vs BAR Today’s Probable Winners: