Milan Cricket Club will lock horns with Fresh Tropical in the 11th match of the ECS T10 Milan at the Milan Cricket Ground on Wednesday. Milan Cricket Club lost their opening game against Albano by 55 runs. They are currently in the penultimate position of the points table. They would need a strong performance today to get back on the winning track.

Meanwhile, Fresh Tropical won their opening game against Milan United by 25 runs. They had the perfect start to their campaign and will try to keep the winning momentum going. This will be the second match of the day for both teams and they will be eager to gain some momentum in the early stages of the ECS T10 Milan.

The track at the Milan Cricket Ground assisted the bowlers on the opening day of the ECS T10 Milan. The batsmen will need to spend some time in the middle before being aggressive, with wickets in hand being key on such tracks.

Khurram Shahzad is an experienced batsman in the Milan Cricket Club team and he is capable of scoring quick runs. Shahzad is very strong on the leg side and can bowl in death overs as well. He scored 11 runs in the last match and also bowled his quota of 2 overs.

Divyajit Vashia is expected to lead the bowling attack for Milan Cricket Club and is capable of generating some swing early on. He can be backed to deliver with the ball here and pick wickets for his team.

Amir Sharif is an aggressive opening batsman and he has started off well in this competition with a well compiled 27 runs. He will also bowl his full quota of 2 overs. In the last match, he grabbed 1 wicket.

Bilal Hamid is a genuine wicket-taker and a hard-hitting middle-order batsman as well. He contributed 17 runs in the first game and also scalped 2 wickets.

FT vs ALB Must Picks for Dream11 Fantasy Cricket: 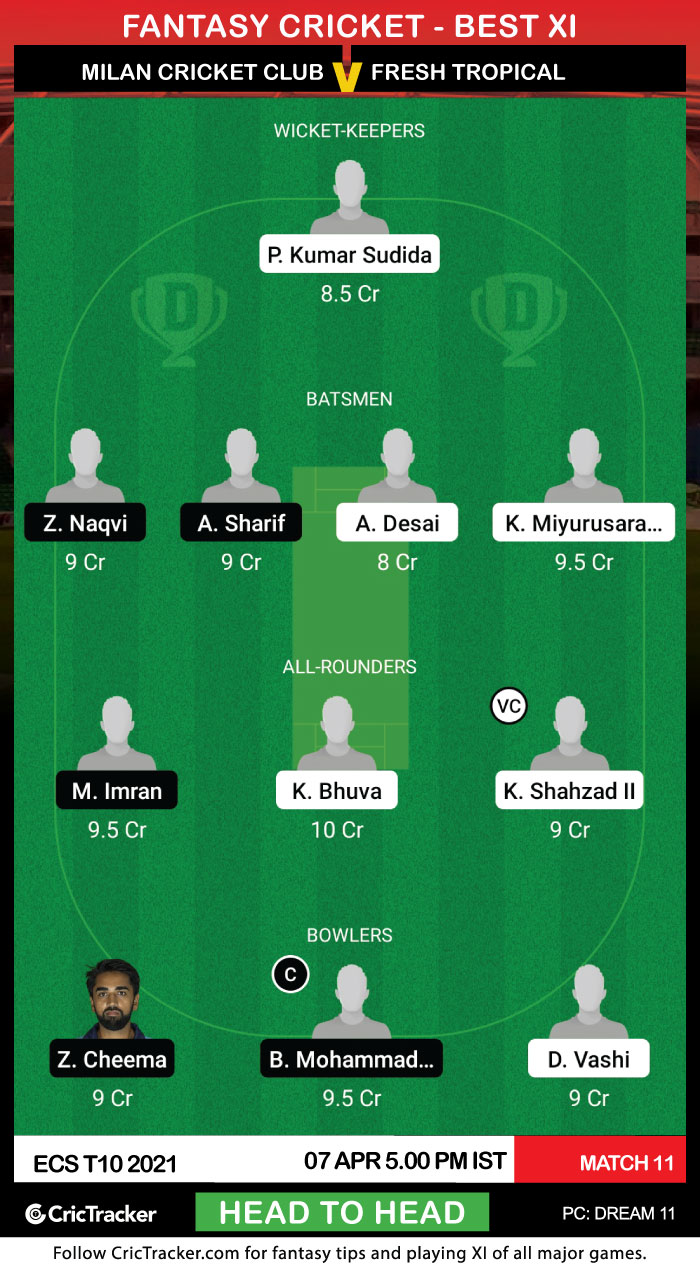 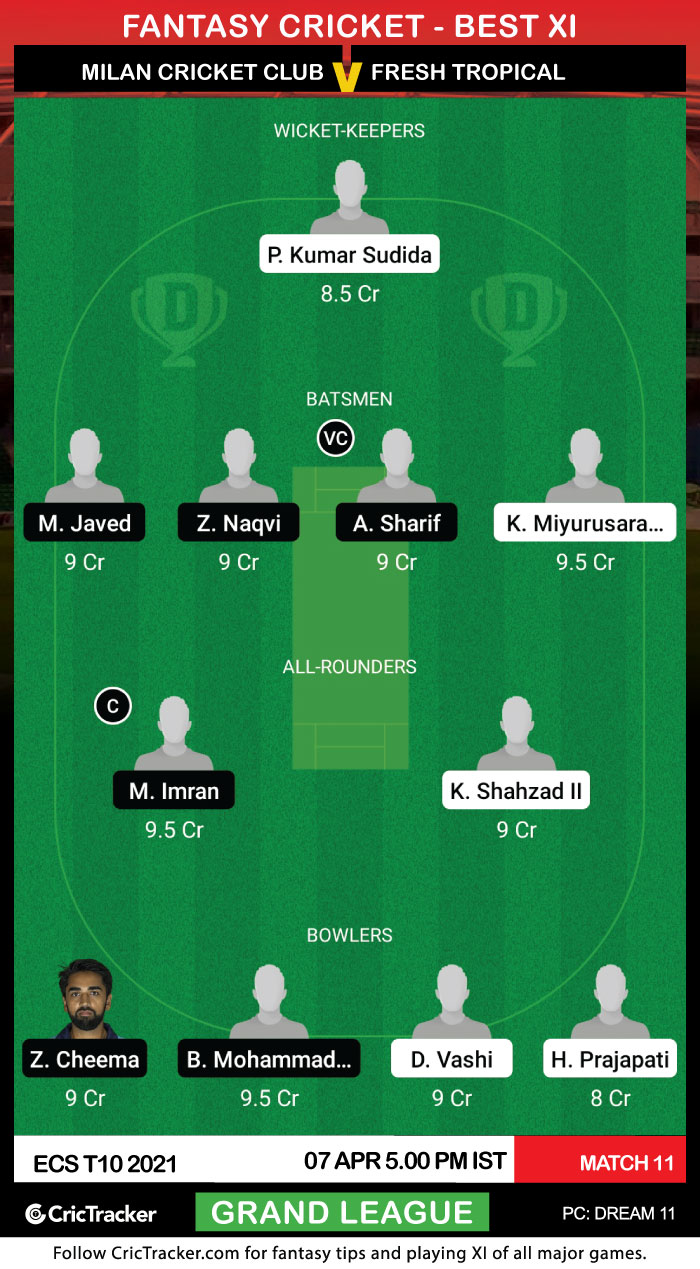