It is advisable to pick Alumdar Hussain in any one of your Dream11 Fantasy teams.

The 110th match of the ECS T10 2021 will be played between Hira Sabadell and Pak I Care on 9th March at Montjuic Olympic Ground in Barcelona.

The match is scheduled to start at 9:00 PM IST and it will be streamed live on Fancode.

Hira Sabadell will be taking on Pak I Care in the 110th match of the ECS T10 2021 on Tuesday. Hira Sabadell will be very disappointed with their performances in this season so far. They have only won 1 out of the 8 matches and are placed at the 5th spot on the Group B points table. This will be their second match of the day and they will be looking to end their season with a win.

On the other hand, Pak I Care are unbeaten in this season far. They have won 8 of the 9 matches they played and are placed at the top on the points table. Having already qualified for the semi-finals, they might rest a few players. That being said, they would love to keep their unbeaten run going.

HIS vs PIC Weather Report for Match 110:

Scattered showers are expected earlier in the day and it will be cloudy throughout the day in Barcelona. The temperature will be around 15 degrees Celsius. There is a 50% chance of precipitation for this match.

The pitch here at Montjuic Olympic Ground is a batting-friendly surface, and over the last 4-5 weeks, we have seen some high-scoring matches. Batting first and putting up a big total on the board is a good option on this venue.

HIS vs PIC Top Picks for Today’s Dream11 Match:

Heera Laal has been in brilliant form with both bat and bat this season. He scored over 250 runs and scalped 9 wickets as well.

Ikram Ul Haq has grabbed 8 wickets from 8 matches with a best bowling figure of 2/10. He is someone who can pick wickets at regular intervals.

Muhammad Ihsan has scored 239 runs at a strike rate of 239. He can score a big knock in this match as well.

Shehroz Ahmed, the skilful all-rounder, has picked up 11 wickets at an economy rate of just over 6 runs per over. He also has mustered 76 runs at a strike rate of 224.

Muhammad Kamran, the tall left-arm pacer, enjoys intimidating batsmen with short balls and can also produce quick runs with the bat. Has grabbed 7 wickets and boasts of an exemplary economy rate of under 5 runs per over.

Suggested Playing Xl No.1 for HIS vs PIC Dream11 Fantasy Cricket: 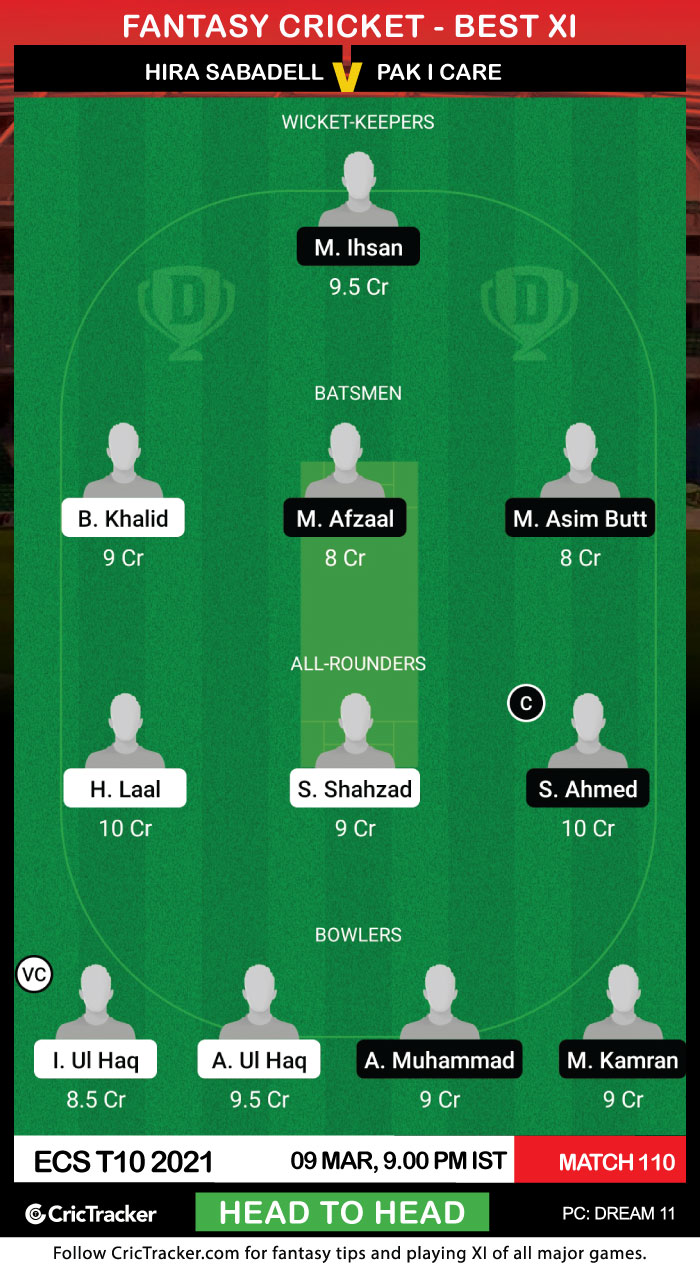 Suggested Playing Xl No.2 for HIS vs PIC Dream11 Fantasy Cricket: 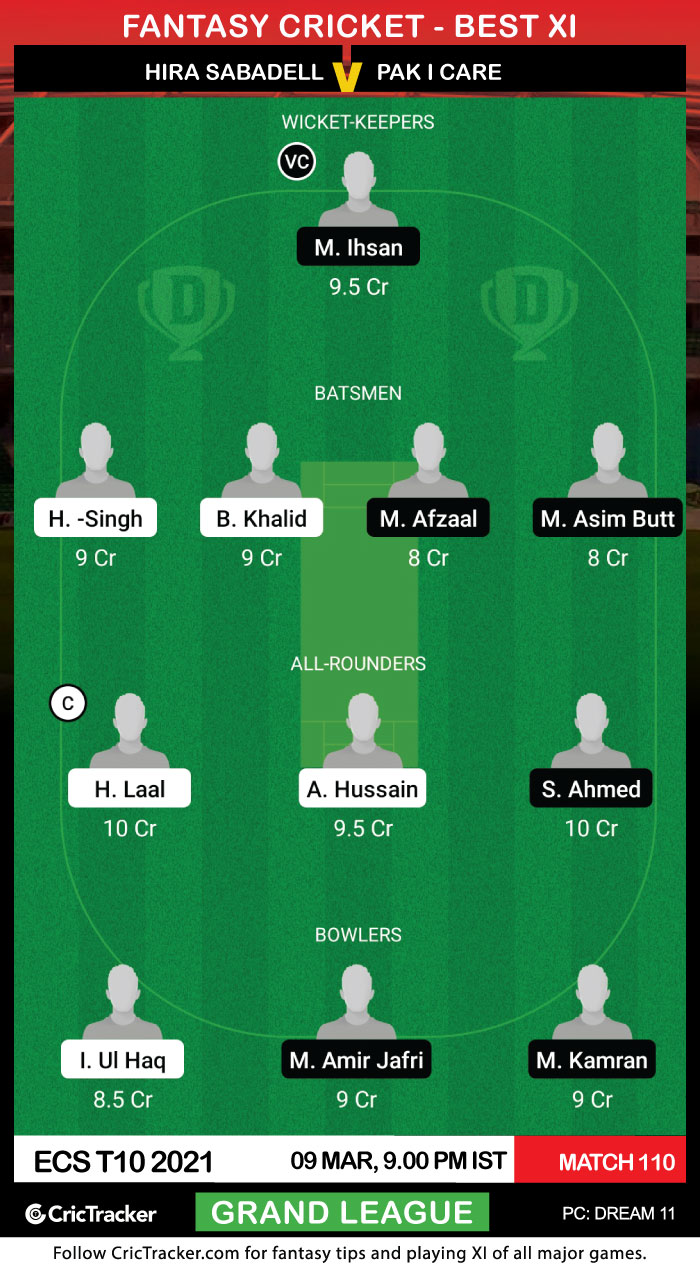 It is advisable to pick Alumdar Hussain in any one of your Dream11 Fantasy teams as he is the most experienced player from Hira Sabadell. He has scored 63 runs in 4 games.

Today’s HIS vs PIC Probable Winners: