It is advisable to pick Awais Ahmed or Asjad Butt as your captain in Dream11 Fantasy team.

The 115th match of the ECS T10 2021 will be played between Bangladesh Kings and Minhaj on 11th March at Montjuic Olympic Ground, Barcelona.

The match is scheduled to start at 9:00 PM IST and it will be streamed live on FanCode.

Bangladesh Kings and Minhaj will play against each other in the Group C match of the ECS T10 2021 tournament on Wednesday. Minhaj have played 9 matches and have won 7 of those games. With that, they are currently sitting at the second position in the Group C Points table.

Bangladesh Kings, on the other hand, have played 8 matches. They have won 5 matches and are placed at the third position in Group C with 10 points. Both the teams met one month back and Minhaj won that match. They are the favourites to win this match as well.

There is a slight chance of rain with the temperature hovering around 9 to 15 degrees Celsius. The humidity levels are also high at 80%.

This match will be played in the evening in Barcelona. So in this match, dew will play a big role. Whoever wins the toss should go for chasing.

Awais Ahmed scored a match-winning knock against Skyways in his previous encounter. He scored 98* in 32 balls.

Asjad Butt is the leading run-getter for Minhaj. He has scored 348 runs with an average of over 50 and a very good strike rate of 233.

Yasin Javaid is the leading wicket-taker for Minhaj. He has taken 11 wickets in 9 matches with the best bowling figure of 3/6.

Muhammad Masood is the leading run-getter for Bangladesh Kings. He has scored 207 runs with an average of 51.

Hussain Animul has not taken many wickets in this tournament, but he is the most economical bowler for Bangladesh Kings. If needed, he can contribute with the bat at the lower-order as well. 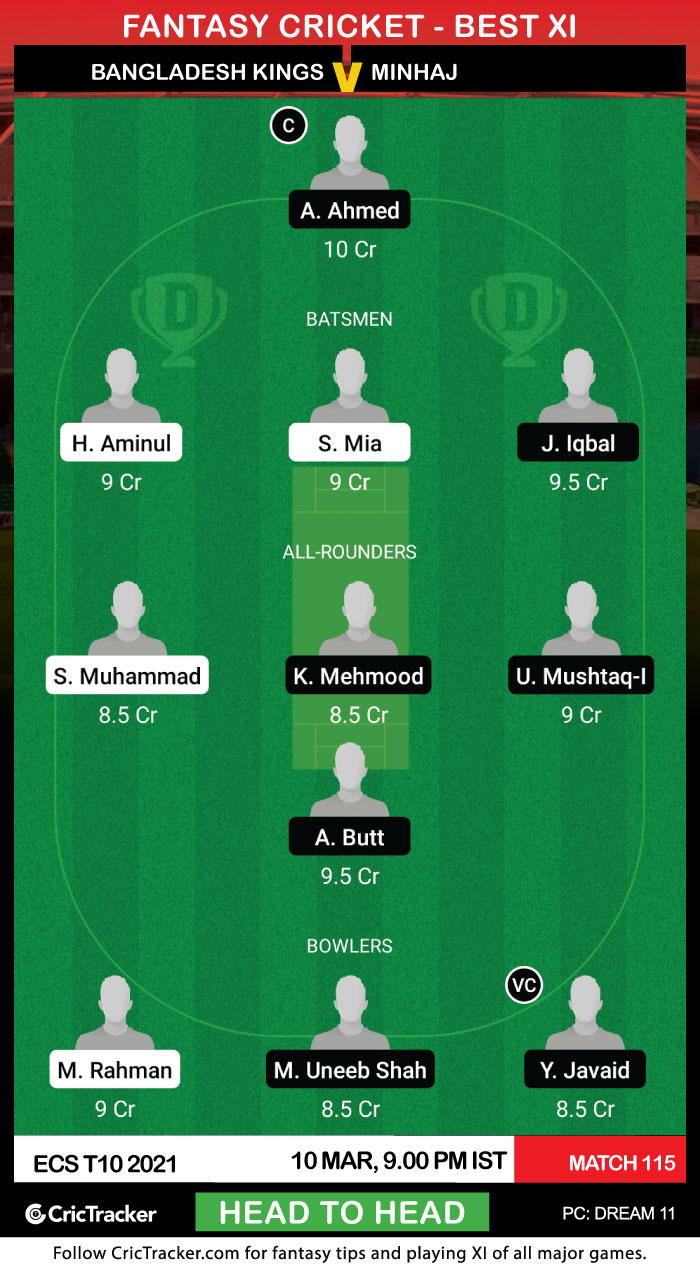 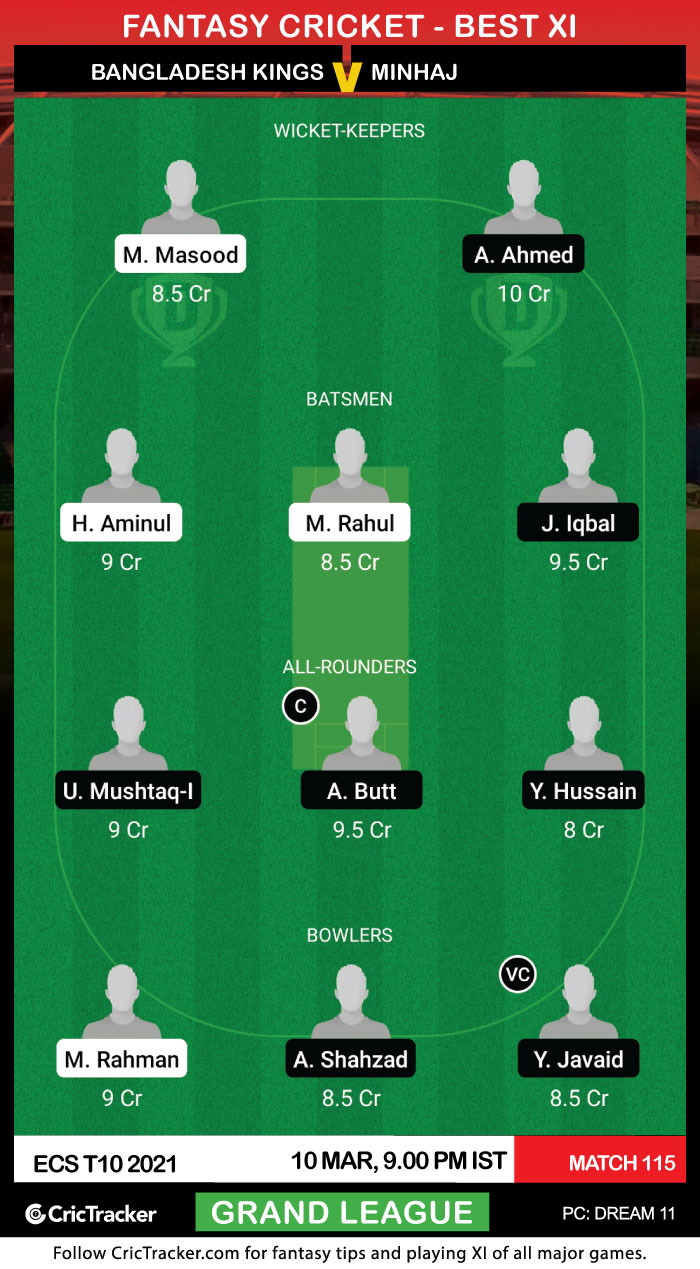 It is advisable to pick Awais Ahmed or Asjad Butt as your captain in Dream11 Fantasy team because both are in sublime form with the bat.

Minhaj are expected to win this match.