It is advisable to pick Ghulam Dastgeer as the captain of any one of your Dream11 teams.

The 14th match of the ECS T10 2021 will be played between Cricket Stars and Baracca Prato on 25th March at Oval Rastignano in Bologna.

Cricket Stars are yet to open their winning account in this tournament. They are currently on a three-match losing streak. Cricket Stars will have to win both matches today to qualify for the next stage in the tournament.

The weather is predicted to be sunny in Bologna with the temperature being around 14 degrees Celsius and humidity levels are at 49 per cent.

The pitch is expected to be neutral and all departments will get equal support from it. Both teams would want to bowl first if they win the toss.

Ghulam Dastgeer is the leading run-scorer of the tournament. He has scored 163 runs in 4 matches at a staggering strike rate of 196.38.

Ali Hassan Jr is a batting all-rounder who will bowl spin and will be used as a floater in batting. He has picked up 5 wickets and has also scored 42 runs at a staggering strike rate of 221.05.

Pradeep Kumara is a right-arm pace bowler who will bowl with the new ball. He is a leading wicket-taker for Prato with 5 wickets in 4 matches at an economy of 9.25 runs per over.

Sultan Hassan is the leading run-scorer for Cricket Stars. He has scored 88 runs at an average of 44 and a strike rate of 162.96.

Lovepreet Singh is a batting all-rounder who can contribute with both the bat and the ball for his team. He has picked up 3 wickets from 5 overs and has also scored 34 runs at a strike rate of 130.76. 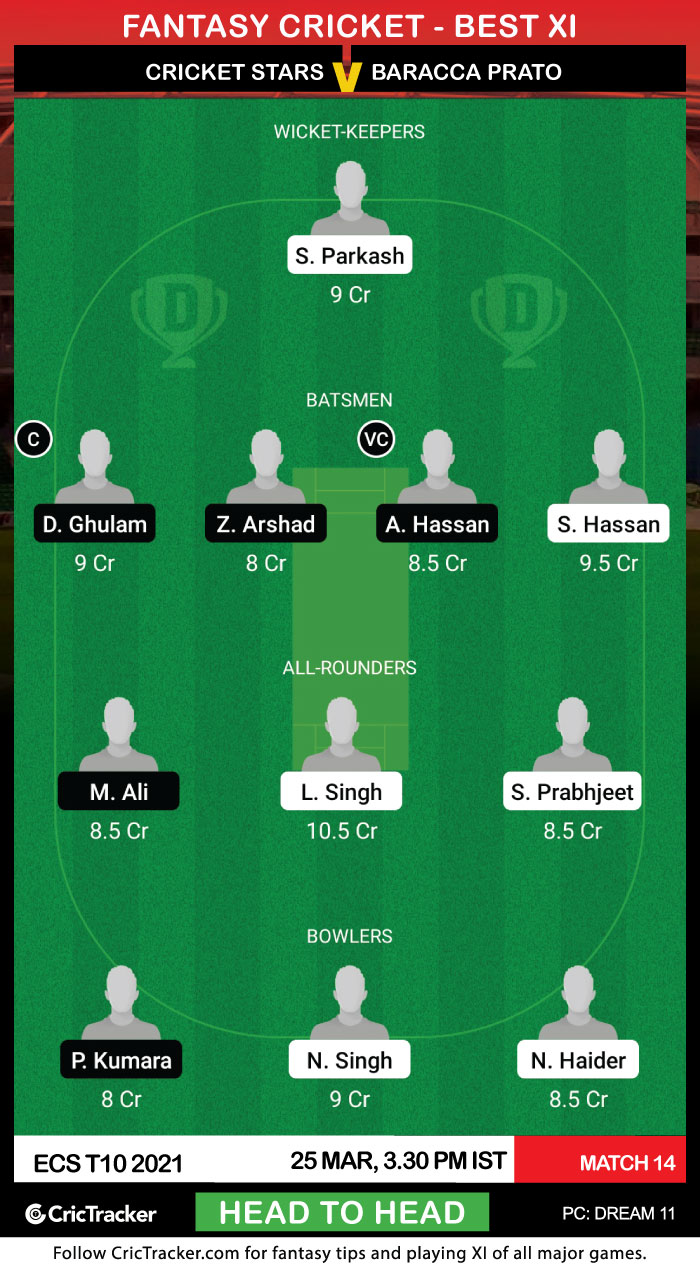 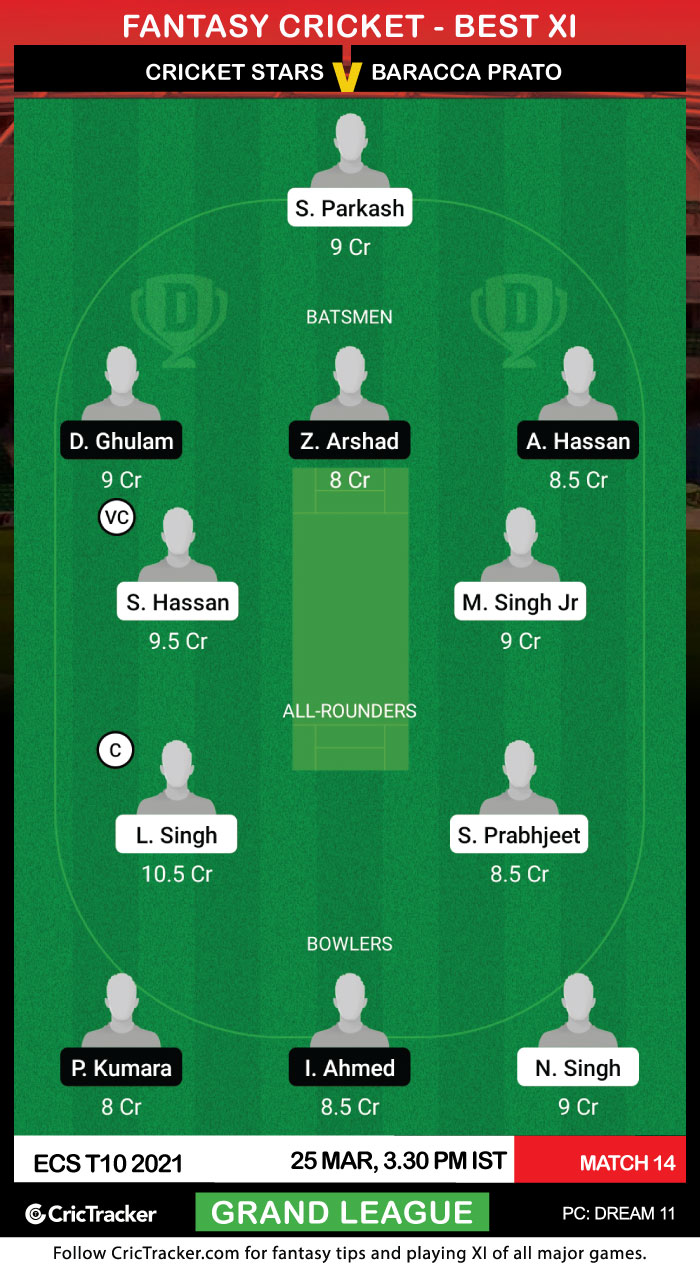 It is advisable to pick Ghulam Dastgeer as the captain of any one of your Dream11 teams.