Bergamo United will be playing for the first time in this competition today and they will face two tough challenges against Bogliasco and Fresh Topical. Mubashir Amin, Rizwan Tahir, and Ravi Paul are the players to watch out for Bergamo United.

Fresh Tropical are coming back from a massive win over the Milan Cricket Club by 90 runs in their previous match. With 2 wins and a loss, they currently are occupying the 2nd spot in the Group B standings with 4 points.

The artificial surface will generally help the batsmen more than that of the bowlers. We have witnessed many high-scoring matches in this competition, which indicates that the surface is a batting-friendly wicket. Anything over 100 is a good score on this venue.

IPL 2021: Ricky Ponting reveals the reason why Ishant Sharma has not played for the Delhi Capitals thus far

Mubashir Amin is likely to keep wickets for Bergamo United. He has scored 53 runs in the 5 matches at a strike rate of 135.89. Amin is the all-time leading run-scorer for his side as well.

Rizwan Tahir is in good touch with the bat and has scored the most runs Bergamo United in the last 2 seasons. In his last 5 matches, he has scored 145 runs at a good strike rate of 183.54.

Muhammad Imran was the man of the match in the previous game against Milan Cricket Club for his incredible display of batting. He remained unbeaten on 97* from 30 balls, which included 5 fours and 11 sixes. He also picked up a wicket.

In the company of Muhammad Imran, Amir Sharif batted well in the previous game, scoring 44 runs from 23 balls. Overall, he has scored 84 runs in 3 matches and also picked up one wicket.

BU VS FT Must Picks for Dream11 Fantasy Cricket: 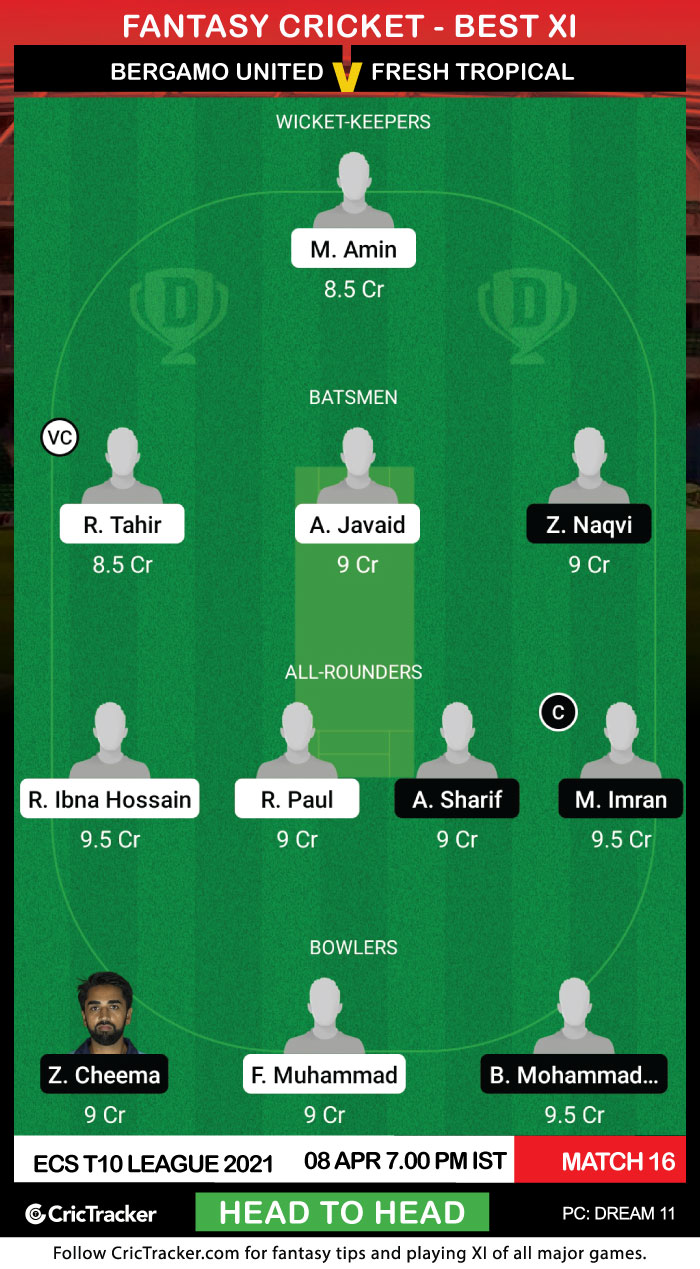 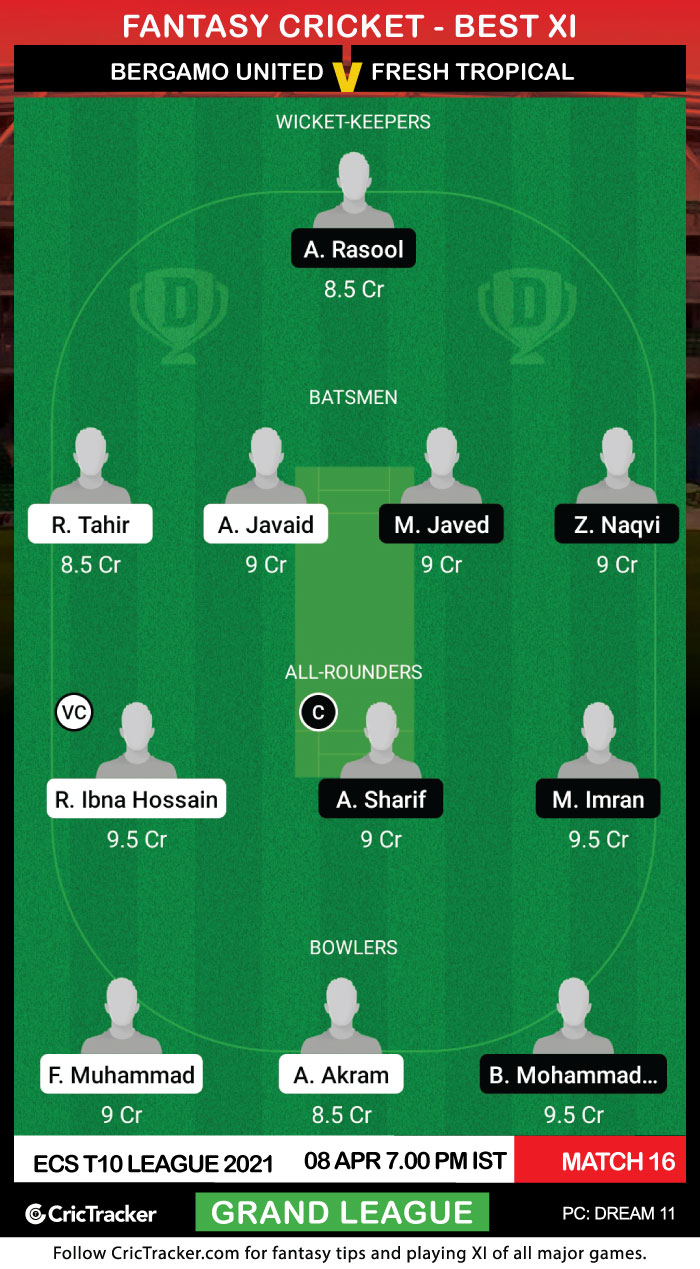