Pick Deependra Singh Shekhawat as the captain of your fantasy team.

The 18th match of the ECS T10 2021 will be played between Baracca Prato and Royal Parma on 26th March at Oval Rastignano, Bologna.

The match is scheduled to start at 4:00 PM IST and it will be streamed live on FanCode.

Baracca Prato and Royal Parma will play against each other in the 18th match of the ECS T10 2021 Bologna tournament on Thursday. Baracca Prato have played 5 matches. They have won 2 out of 5 matches till now in the tournament. With that, they are currently sitting at the 4th position in the points table.

On the other hand, Royal Parma have won 4 out of 5 matches and are currently sitting at the 2nd position in the points table. Royal Parma have almost secured a playoff spot but they are aiming to finish top in the group stage by winning the remaining matches.

The temperature will be hovering between 8 to 20 degrees Celsius. It will be a mostly sunny day, and we can expect a full match without any rain interruption. The humidity levels are moderate at 49 per cent.

The Oval Rastignano, Bologna pitch has been supporting batsmen throughout the tournament. Whoever wins the toss should go for chasing.

Mehmoor Javed, the wicketkeeper-batsman, is the leading run-getter for Royal Parma. He has scored 141 runs at a decent strike rate of 180.

Rajmani Singh has given very good starts for Royal Parma. He is the second-highest run-getter for them and has also taken 2 wickets till now.

Ghulam Dastgeer, the captain of Baracca Prato, has been very consistent throughout the tournament with the bat. He is the leading run-getter for them. He has scored 163 runs with a strike rate of almost 200.

Pradeep Kumara is leading the bowling department of Baracca Prato. Even though he is not up to the mark in this tournament but he still is their bowling kingpin. 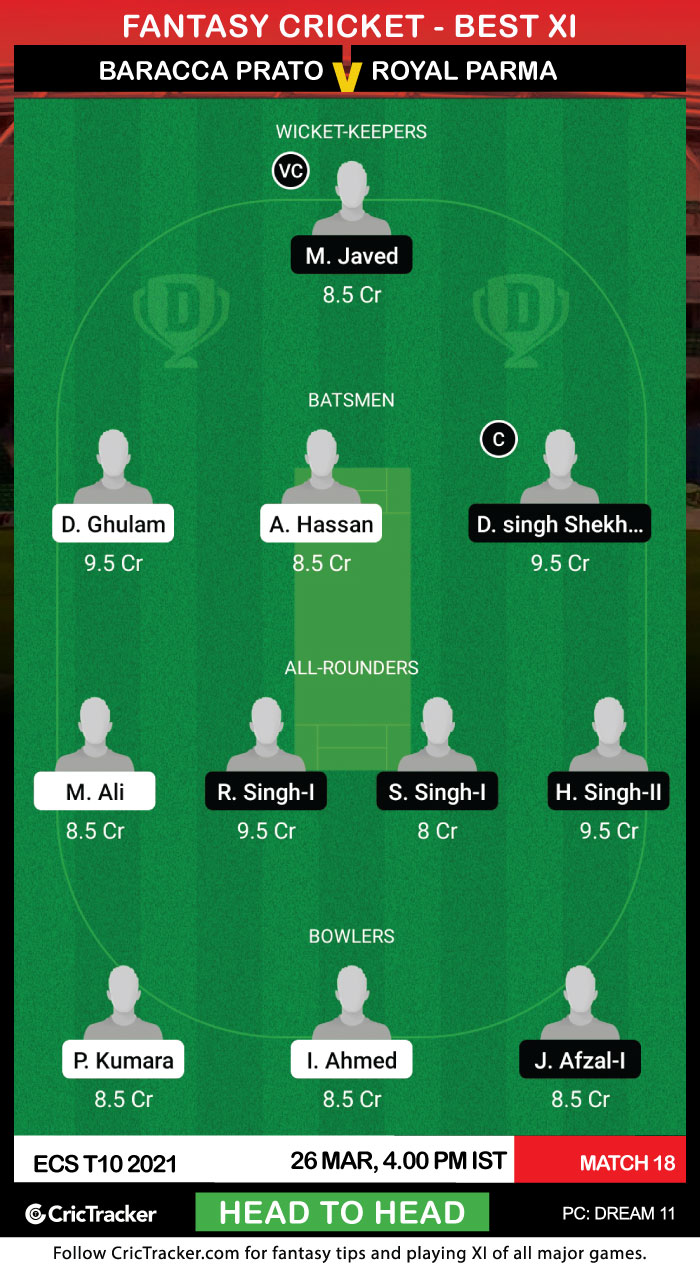 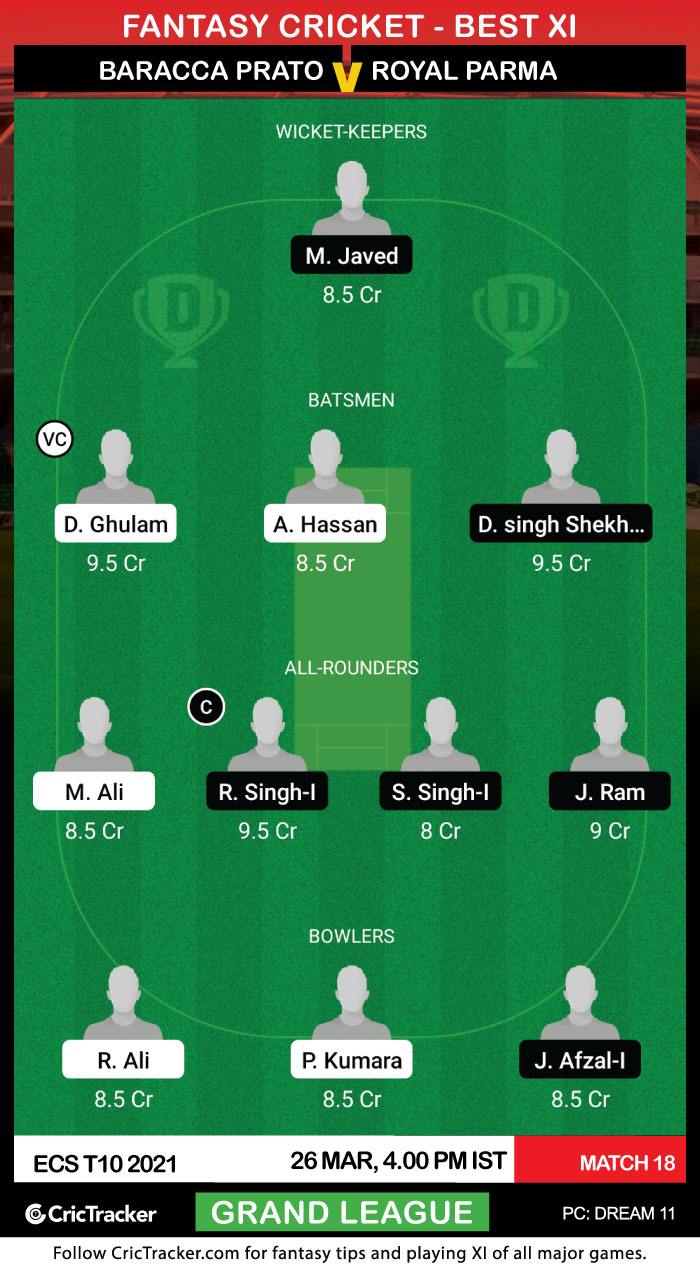 Pick Deependra Singh Shekhawat as the captain of your fantasy team as he has been one of the best all-rounders in this year’s competition.