It is advisable to pick Zaryab Arshad as a multiplier in anyone of your Dream11 fantasy teams.

The 20th match of the ECS T10 2021 will be played between Bologna and Baracca Prato on 26th March at Oval Rastignano in Bologna.

The match is scheduled to start at 3:30 PM local time (8:00 PM IST) and it will be streamed live on Fancode.

Bologna will take on Baracca Prato in the 20th match of the ECS T10 2021 on Friday. This is the second time in this tournament that they are facing each other. In their first meeting, Bologna defeated Baracca Prato by 6 runs. Bologna will come into this match high on confidence after winning their last match against Royal Parma by 7 runs. They have won 2 out of the 5 matches and are currently placed at the 5th spot on the points table.

Baracca Prato, on the other hand, have won their last match against Cricket Stars by five wickets. They have also won 2 of the 5 matches they played and are placed just above their opponents on the points table. Both these two teams made strong comebacks in their last games on Thursday and will be eager to carry that momentum forward and qualify for the semi-finals.

It will be mostly sunny here during the match time in Bologna on Friday. The temperature will hover around the 19 degrees Celsius range with no chance of precipitation for this match.

The pitch here at Oval Rastignano is pretty much a batting-friendly wicket. However, the wicket gets slow down as the match progresses. Batting first must be a preferable option at this venue.

Malik Sarfraz has been in great touch with the bat this season, having scored a brilliant knock of 82 off just 29 balls n the last game. He has mustered 132 runs in total.

Muhammad Adnan is a wicket-taking bowler with the new ball. He is sharp and economical and has picked up three wickets. he can also score some quick runs down the order.

Babar Ghafar is a very consistent batsman. He has scored runs in every match, getting out only once while racking up 113 runs from four games. He can score a big knock in this upcoming match as well.

Ghulam Dastgeer is the leading run-scorer in this tournament so far. He has scored 163 runs at a strike-rate of close to 200 in the 4 matches he has played. He is a must-pick for your Dream11 fantasy teams.

Ali Hassan, the aggressive batsman, is regarded as the next big thing in Italian cricket. He is the leading wicket-taker for Baracca Prato with four scalps and can also score quickly with the bat. 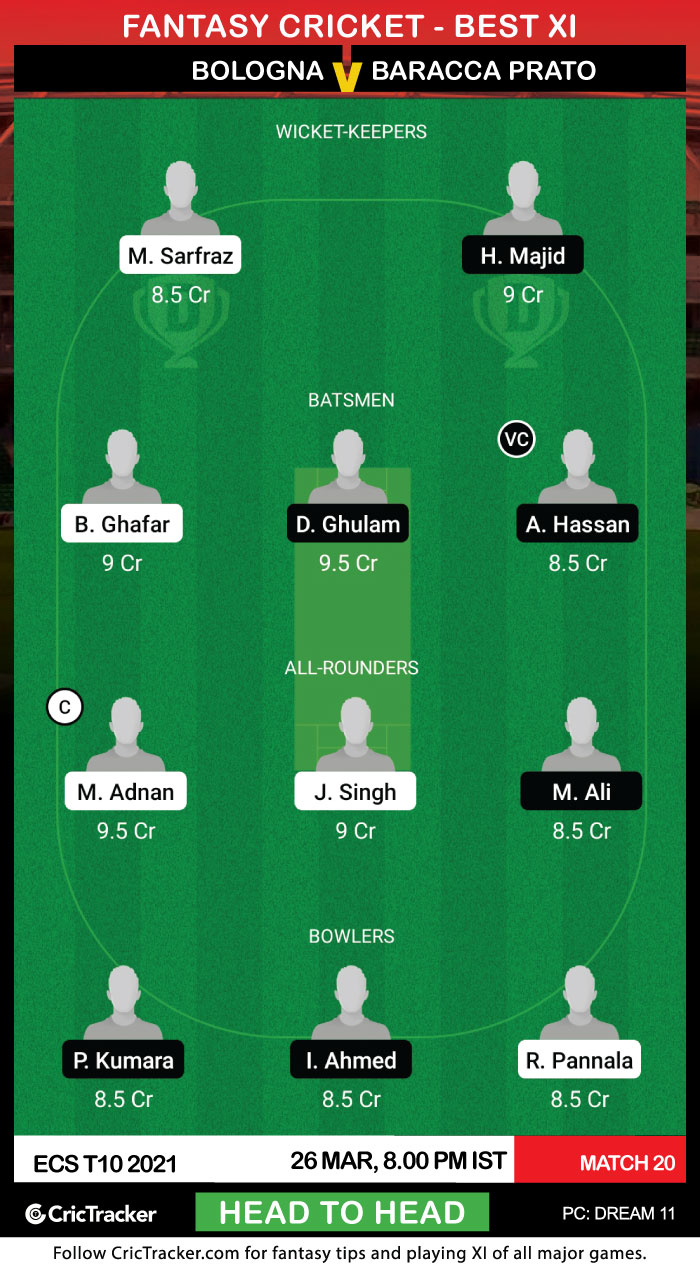 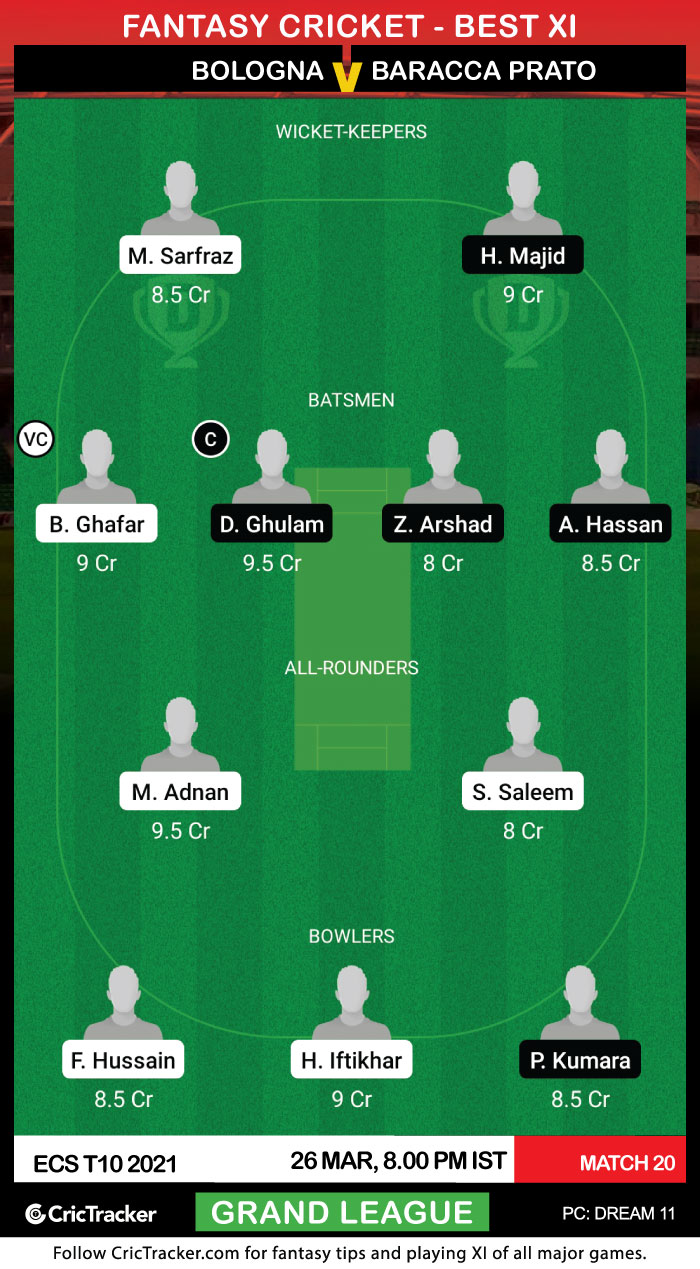 It is advisable to pick Zaryab Arshad as a multiplier in anyone of your Dream11 fantasy teams. He has scored 107 runs this season including a crucial fifty in the chase against Pianoro, which earned him the Man of the Match award.

Bologna are expected to win this match.