Gorkha 11 will take on Malo in the 4th match of ECS T10 Portugal 2021 on Wednesday. Both teams will play twice against each other today. Gorkha 11 have played two matches so far, where they have won both matches against Coimbra Knights. This will be the fourth match for them in this tournament.

On the other hand, Malo was the winner of ECS Cartaxo T10 2020. They defeated Gorkha 11, who were then called Rossio CC, in the semi-final match of that tournament. They are one of the favourites to win this tournament and will be looking forward to start their campaign with a win.

The pitch is expected to be neutral and all departments will get equal support from it. Batting first will be the best option on this ground.

Imran Khan is a dynamic all-rounder who can contribute with both the bat and the ball for his team. He was the leading run-scorer for Gorkha 11 in the last ECS tournament. Khan scored 150 runs and also picked up 7 wickets in 7 matches.

Mohammad Siraj Nipo is a batting all-rounder who will bowl spin and will be used as a floater in batting. He has picked up 4 wickets in 2 matches at an impressive economy of 4.25 runs per over.

Zafar Ali is an opening batsman who is known for his hard-hitting abilities. He scored 104 runs at an average of 52 and also picked up 4 wickets in 5 matches in the last ECS tournament.

GOR vs MAL Must Picks For Dream11 Fantasy Cricket: 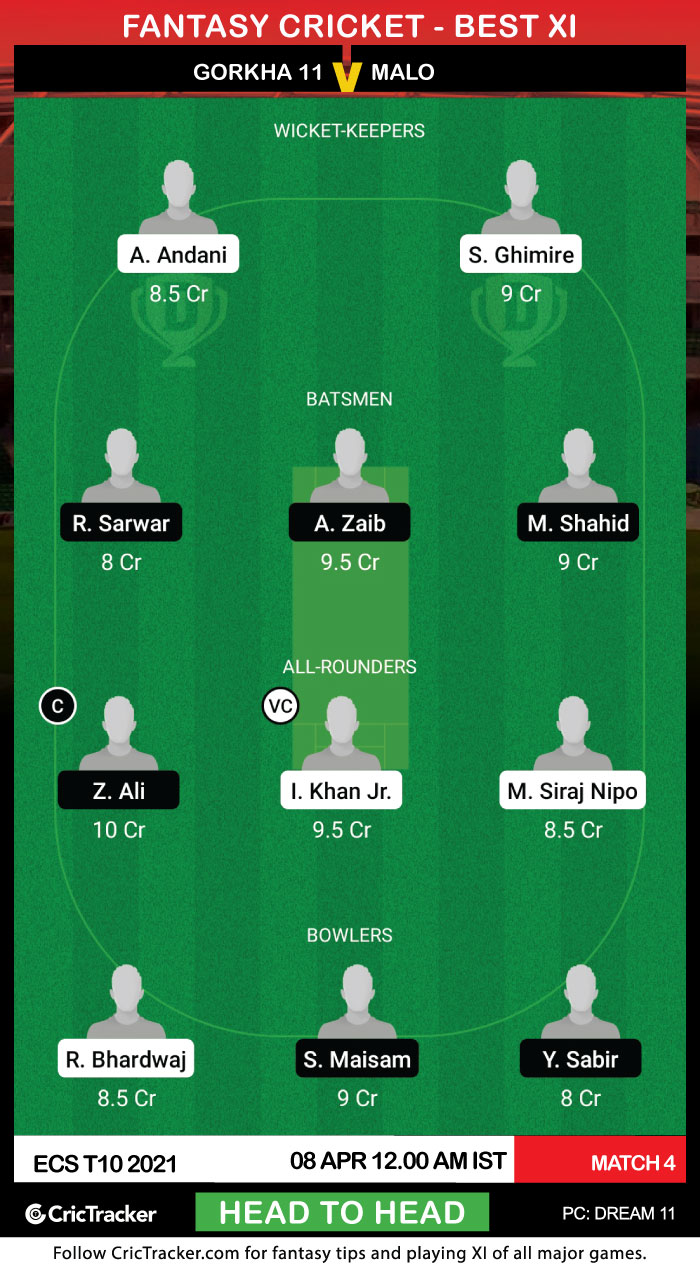 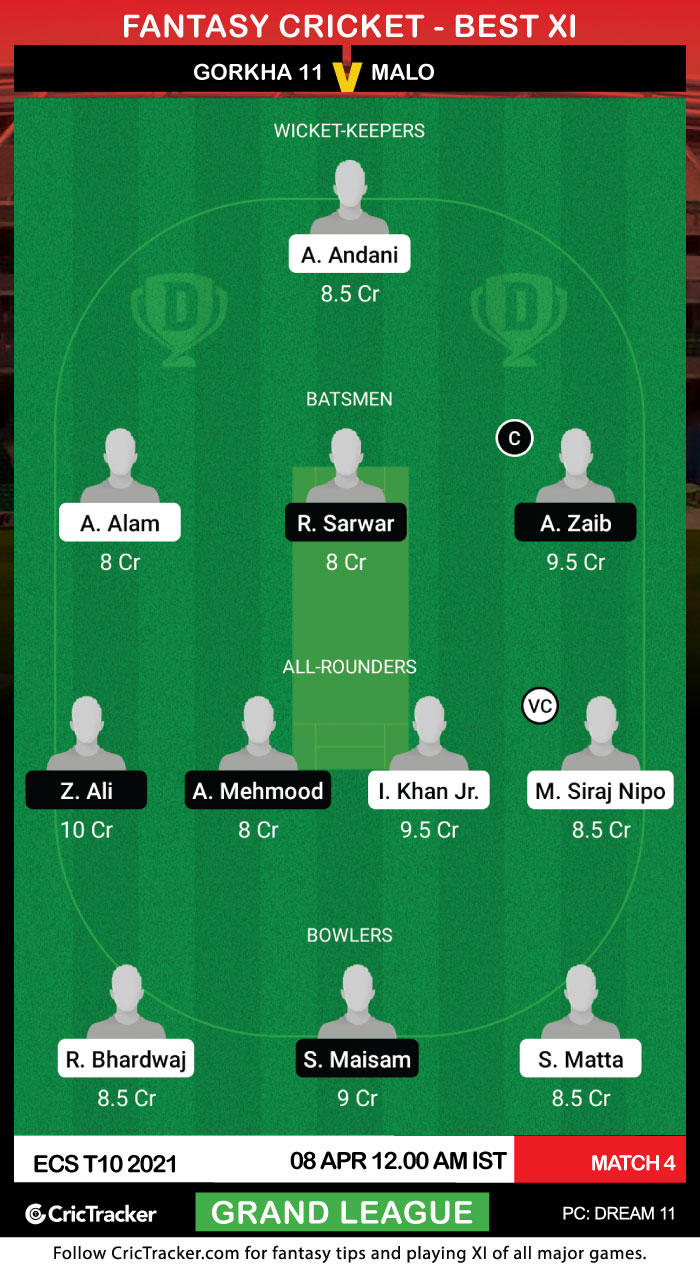