It is advisable to pick Heera Laal as your captain.

The 51st match of the ECS T10, 2021 will be played between City Lions and Hira Sabadell on 28th February at Montjuic Olympic Ground, Barcelona.

The match is scheduled to start at 8:00 PM IST and it will be streamed live on FanCode.

City Lions and Hira Sabadell will play against each other in the Group B match of the ECS T10 2021 tournament on Sunday. Initially, this match was scheduled on 22nd February but. However, rain played spoilsport the match was rescheduled.

CLI vs HIS Weather Report for Match 51:

There are slight chances of rain during this game. The humidity levels will be high at 75%.

In the last 9 matches, the batting team first scored more than 100 runs 7 times. It is mostly a batting-friendly track.

Also Read – ICC should dock India’s points if pitch for next Test match is the same: Monty Panesar

CLI vs HIS Top Picks for Today’s Dream11 Match:

Heera Laal is in very good form. He recently he smashed 77 runs in 32 balls against Pakcelona. He can contribute with his bowling as well.

Adnan Abbas is the main bowler for Hira Sabadell along with Heera Laal. In the last two matches, he took a total of 4 wickets with a very good economy rate. He can also tonk the ball at the later stages of the innings.

Ibrar Hussain missed the first few matches of the tournament, but whenever he got an opportunity,  he contributed with the bat and ball. He has scored a half-century in the tournament and taken 5 wickets.

Sikandar Raja is the leading wicket-taker for City Lions. He has taken 10 wickets in the tournament with a decent economy rate of 8.5 runs per over.

Harjot Singh has played very few matches in the tournament, but he scored a good knock of 49 recently. He is a top-order batsman, so he can face most of the deliveries if he stays in the crease.

Also Read – I felt I was in jail during the opening three days of quarantine: Mehidy Hasan

Suggested Playing XI No.1 for CLI vs HIS Dream11 Fantasy Cricket: 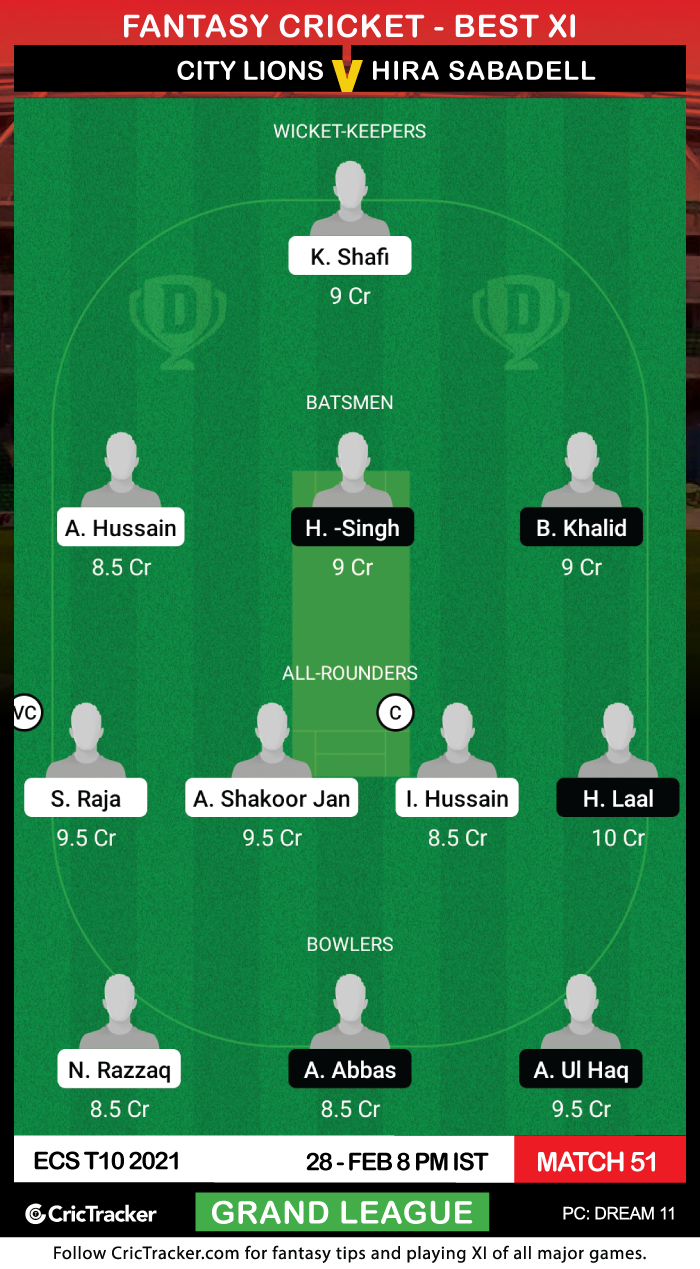 Suggested Playing XI No.2 for CLI vs HIS Dream11 Fantasy Cricket: 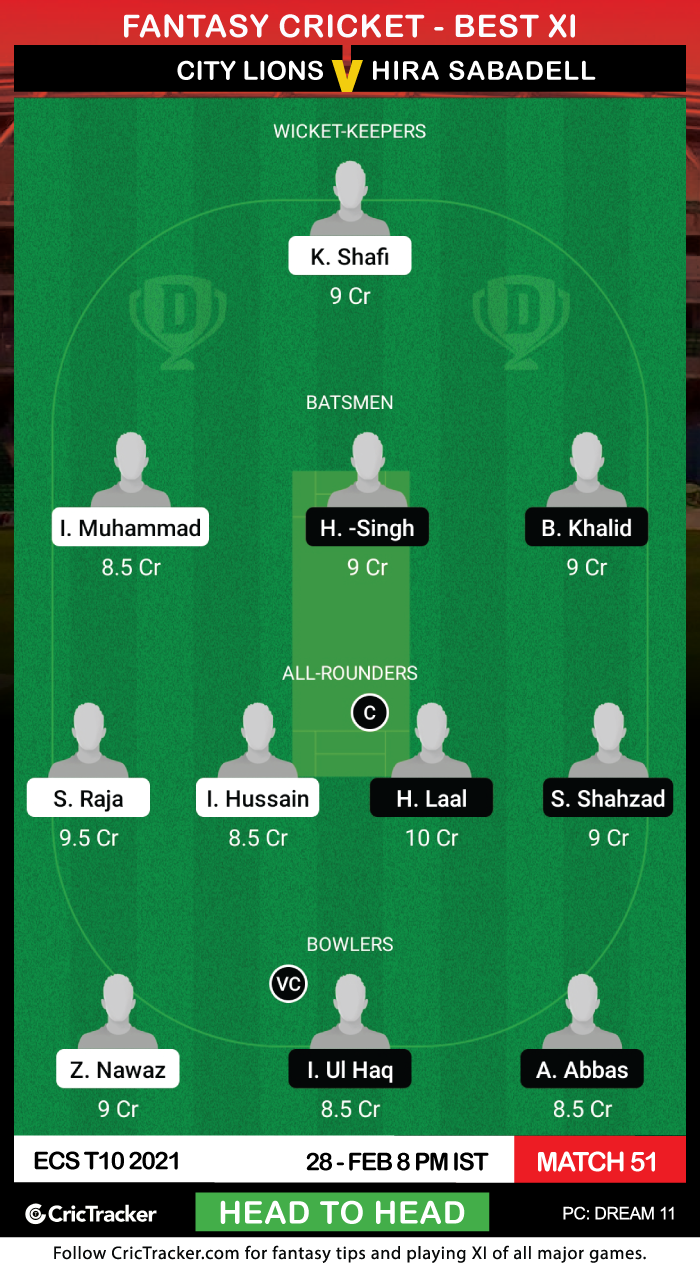 It is advisable to pick Heera Laal as your captain. He can give you great points with both bat and ball.

Today’s CLI vs HIS Probable Winners: