It is advisable to pick Heera Lal as the captain of any one of your Dream11 Fantasy teams.

Match 54 of the ECS T10 2021 will be played between Pakcelona and Hira Sabadell at the Montjuic Olympic Ground in Barcelona on February 22nd.

In the Group B contest, Pakcelona and Hira Sabadell will go head-to head against each other in the 54th match of the ECS T10 2021 on Monday. Both the teams are placed at the bottom of the points table in Group B and will be looking to move up the ranks after this encounter. Pakcelona have just one win in four matches played so far in the league.

On the other hand, Hira Sabadell are still in search of their maiden win in ECS T10 2021. They have lost both their matches while chasing, somewhat similar to Pakcelona, who also have lost two matches while chasing. Pakcelona will have a slight edge going into this match, after a convincing win in their last match against Barna Royals.

PAK vs HIS Weather Report for Match 54:

It is predicted to be a cloudy evening in Barcelona with a temperature of 12 degrees Celsius and the humidity levels are high at 87 percent. Scattered showers are expected on Monday morning.

If the weather stays clear, the pitch is expected to favour the batsmen. Cloudy weather might help the bowlers with some swing in the direction of the wind.

PAK vs HIS Top Picks for Today’s Dream11 Match

Muhammad Amir Raza has been a consistent performer for Pakcelona with the bat and ball. He has scored 84 runs and picked up 3 wickets so far in the tournament.

Opening batsman for Pakcelona, Ishtiaq Nazir has scored 40 runs so far in the league and is one of the top scorers in their side.

Heera Lal has been in great form for the Hira Sabadell side. His ability to score big runs and pick up wickets makes him a must pick all-rounder in your XI. He has picked up two wickets and scored 60 runs so far in the ECS T10 league.

Anwar Ul Haq took three wickets against Ripoll Warriors with a decent economy of 7.5 runs per over. He will be a good bowler to pick in your Dream11 fantasy XI to fetch points from wickets.

Suggested Playing XI No.1 for PAK vs HIS Dream11 Fantasy Cricket: 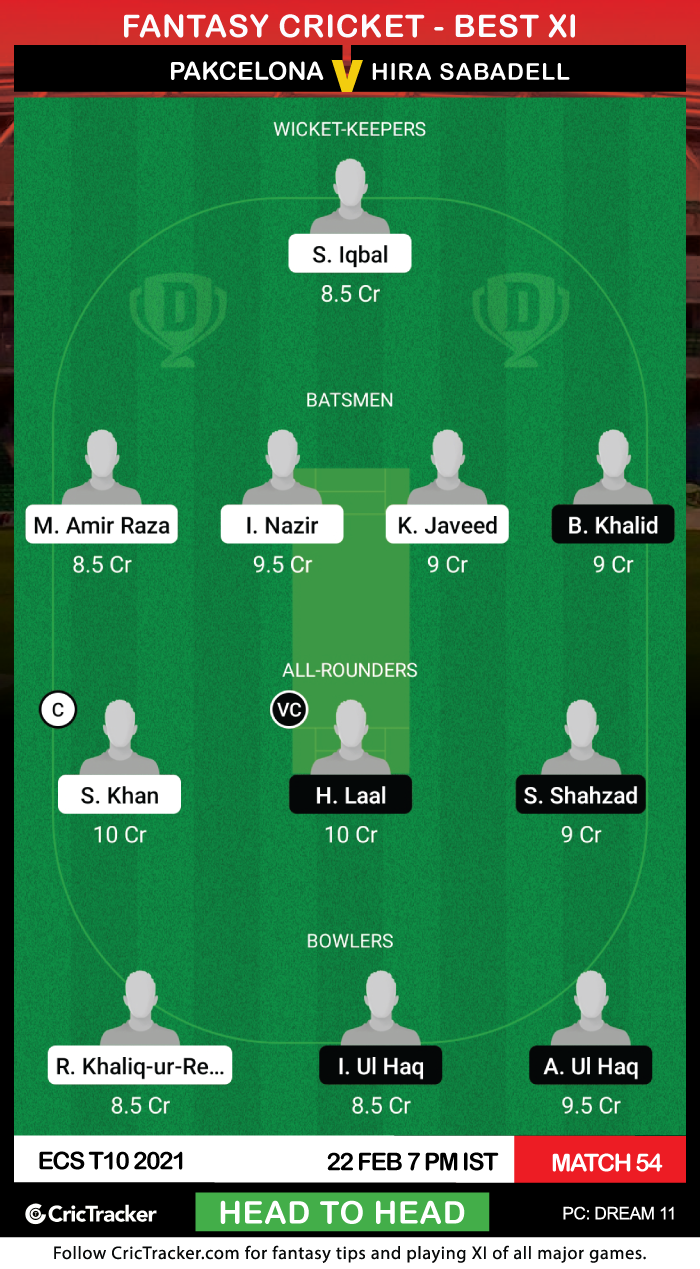 Suggested Playing XI No.2 for PAK vs HIS Dream11 Fantasy Cricket: 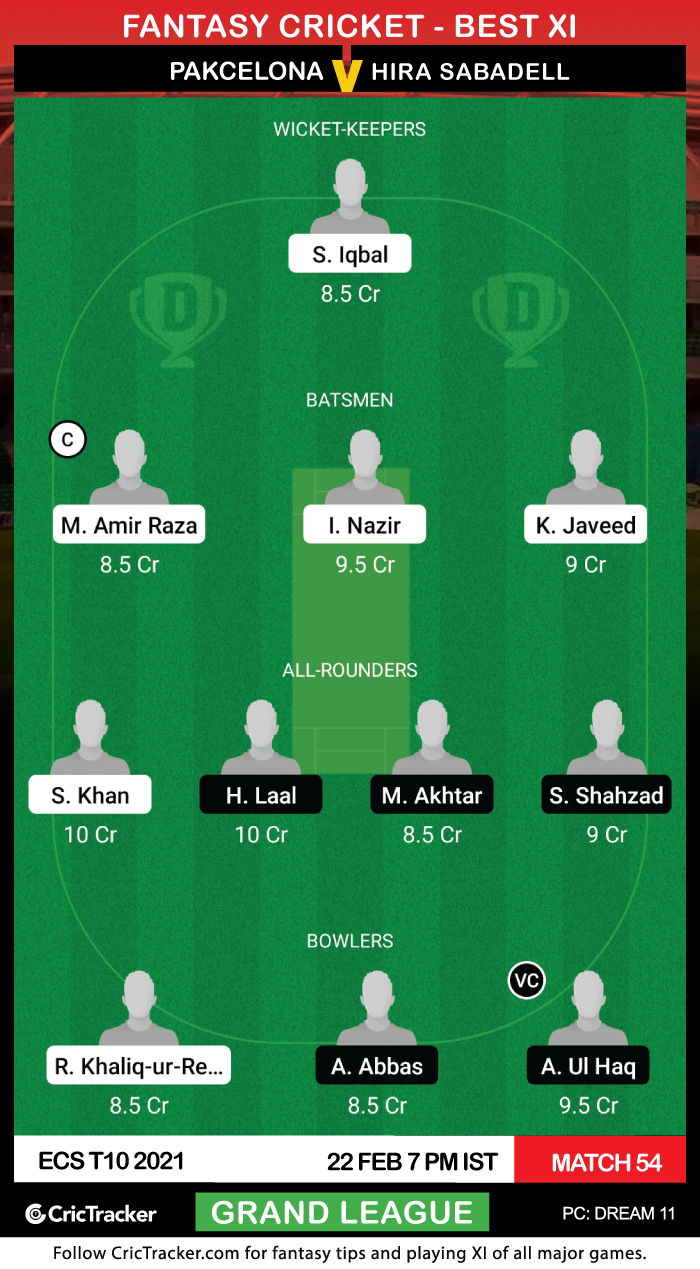 It is advisable to pick Heera Lal as the captain of any one of your Dream11 Fantasy teams, as he will get you points with the bat as well as with the ball.

PAK vs HIS Probable Winners:

Pakcelona are expected to win this match.