You should try Shafat Ali Syed as a multiplier in any one of your Dream11 fantasy teams.

The 55th match of the ECS T10 2021 will be played between Pak I Care and Barna Royals on 22nd February at Montjuic Olympic Ground in Barcelona.

Table-toppers Pak I Care will face Barna Royals in the 55th match of the ECS T10 2021 on Monday. Pak I Care are having a tremendous season so far. They have won all of their four and are placed at the top spot on the Group B points table. They will be looking forward to winning their fifth consecutive match of the tournament.

Barna Royals, on the other side, are just below them on the points table, having won two out of three matches they played. This will be the second match of the day for them. They will look to end their day with a win. We can expect a thrilling match between the top two sides.

It will be cloudy here in Barcelona on Monday, Light rain is also expected during the course of the game. The temperature will hover around the 14 Degrees Celsius range.

The pitch here at Montjuic Olympic Ground is pretty much in favour of the bowlers as compared to the batsmen, but once the batsmen get set they can score big on this venue. The team winning the toss would look to bat first on this wicket.

Muhammad Ihsan has plundered 188 runs, including 20 huge sixes at an average of 94 and a strike rate of 235. He is captaincy material for your dream11 fantasy team.

Hamza Azhar has racked up 76 runs from three games and scalped two wickets. He is a must-pick from the Barna Royals’ side.

Muhammad Kamran, the tall left-arm pacer, likes intimidating batsmen with short balls. He has grabbed three wickets, and can score quick runs with the bat.

Muhammad Jafri, the reliable bowler with a deceptive change of pace, has scalped eight wickets in four games, conceding just 45 runs from 8 overs.

Syed Gulraiz Hussain bowled exceptionally well in the last match against Ripoll Warriors, where he picked up 4 wickets for just 18 runs in his quota of two overs. 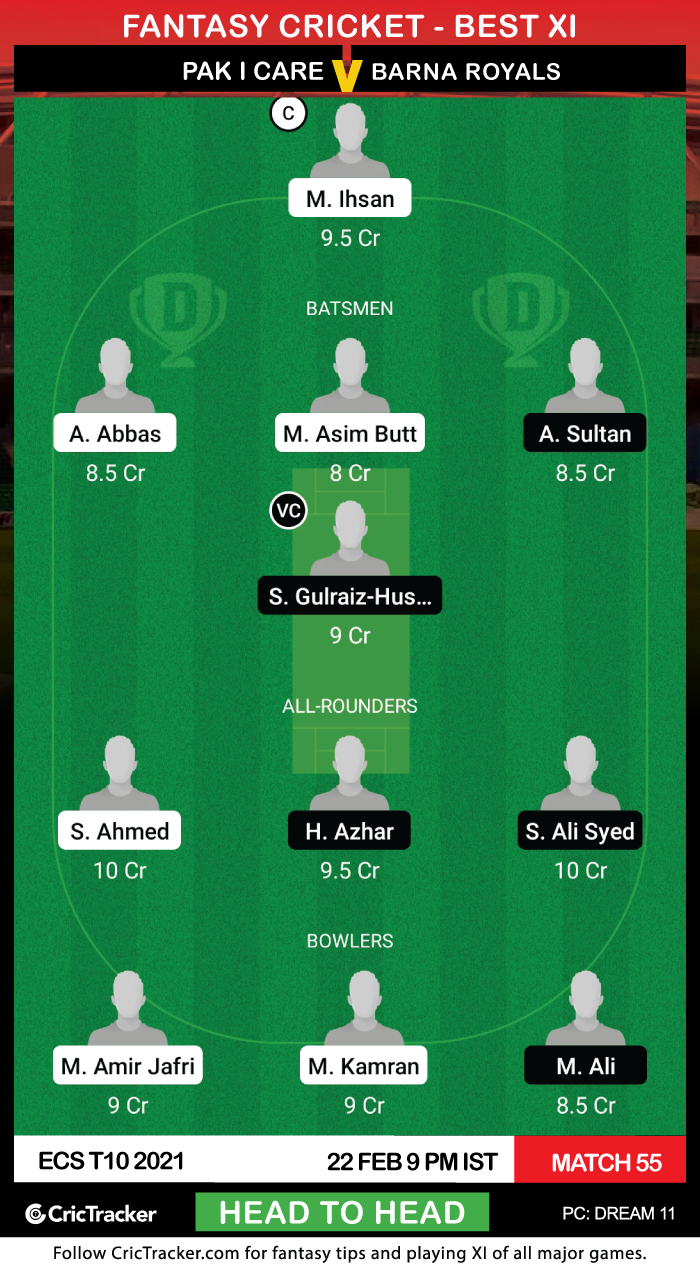 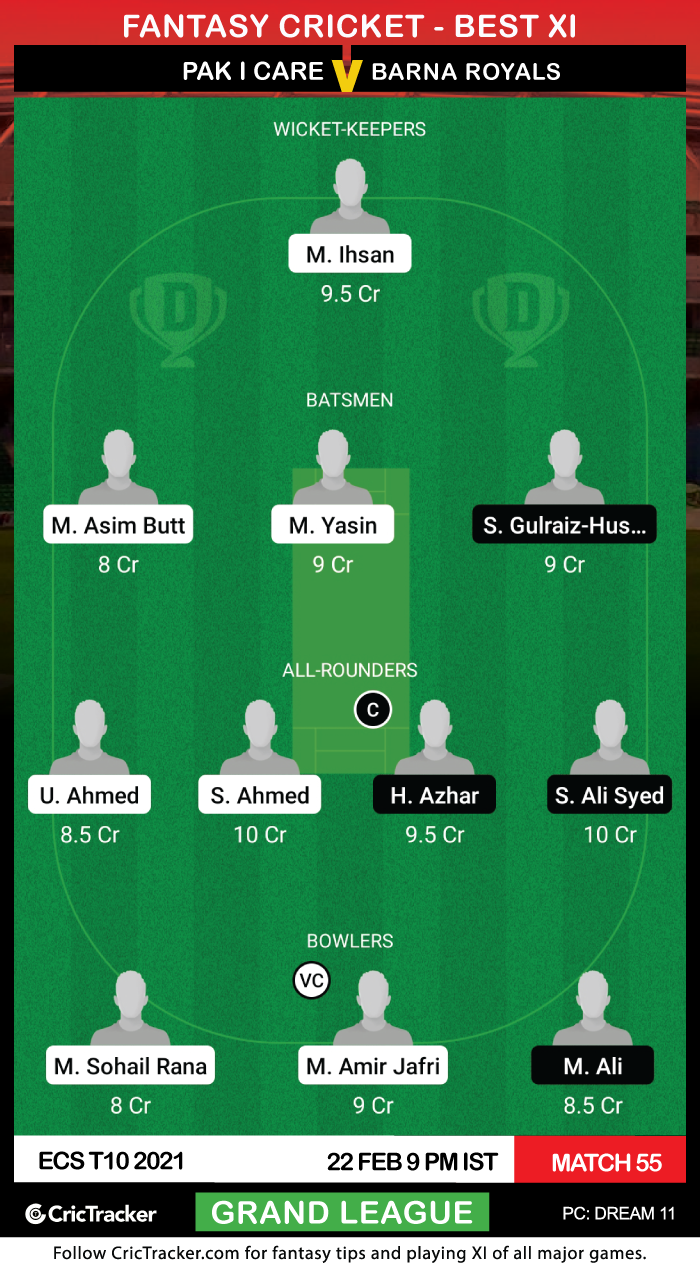 You should try Shafat Ali Syed as a multiplier in any one of your Dream11 fantasy teams as he is in a fantastic run of form.