Bengali are expected to win this match.

The 56th match of the ECS T10 2021 will be played between Bengali and Men in Blue on 23rd February at Montjuic Olympic Ground in Barcelona.

Bengali will face Men in Blue in the 56th match of the ECS T10 2021 on Tuesday. Bengali are having a brilliant season so far. They have won four out of their five matches and are currently placed at the top spot on the Group A points table. They lost their last match against Gracia by 32 runs and now will look to get their winning momentum back.

On the other hand, Men in Blue will be very disappointed with their performance this season. They have only won 2 out of 5 matches they played, 1 match got abandoned due to rain and are placed at the 4th spot on the points table. They will have to play their top game if they want to beat the in-form Bengali Side.

The weather is expected to be partly cloudy during the course of the game, with a 20% chance of precipitation. The temperature will hover around the 15 Degrees Celsius range.

The pitch is pretty balanced. The team winning the toss should look to chase at this venue as the wicket gets better to bat on in the second half.

93 (Out of the last five matches played at this venue)

Riaz Howlader impressed everyone with his all-round performance in this season so far. He scored 91 runs at a strike-rate of 165+ and also picked up 3 wickets. He is a must-pick for your dream11 fantasy team.

Shankar Kaligatla scored 89 runs at a strike-rate of 143 and also picked up two wickets in five matches he played for his team. He is surely a captaincy-pick for your dream11 fantasy team.

Shafiqur Rahman is the leading run-scorer for Bengali in this season. He amassed 149 runs at a strike-rate of 160. He can score a big knock in this upcoming match also.

Shubhdeep Deb, a hard-hitter of the ball. He can score runs quickly for his team. He has scored 65 runs at a strike-rate of over 160.

Mosaraf Hossain has been in decent form with both and ball. He scalped 6 wickets at an economy rate of 6 and also scored 76 runs with the bat. 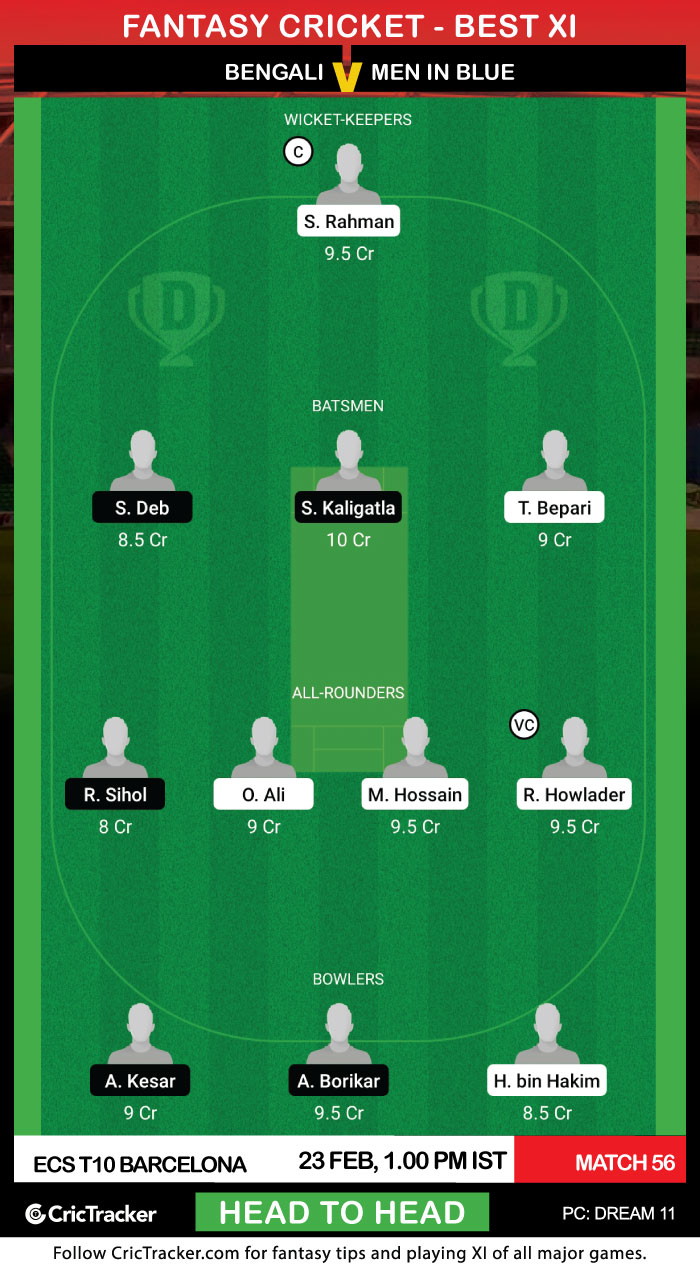 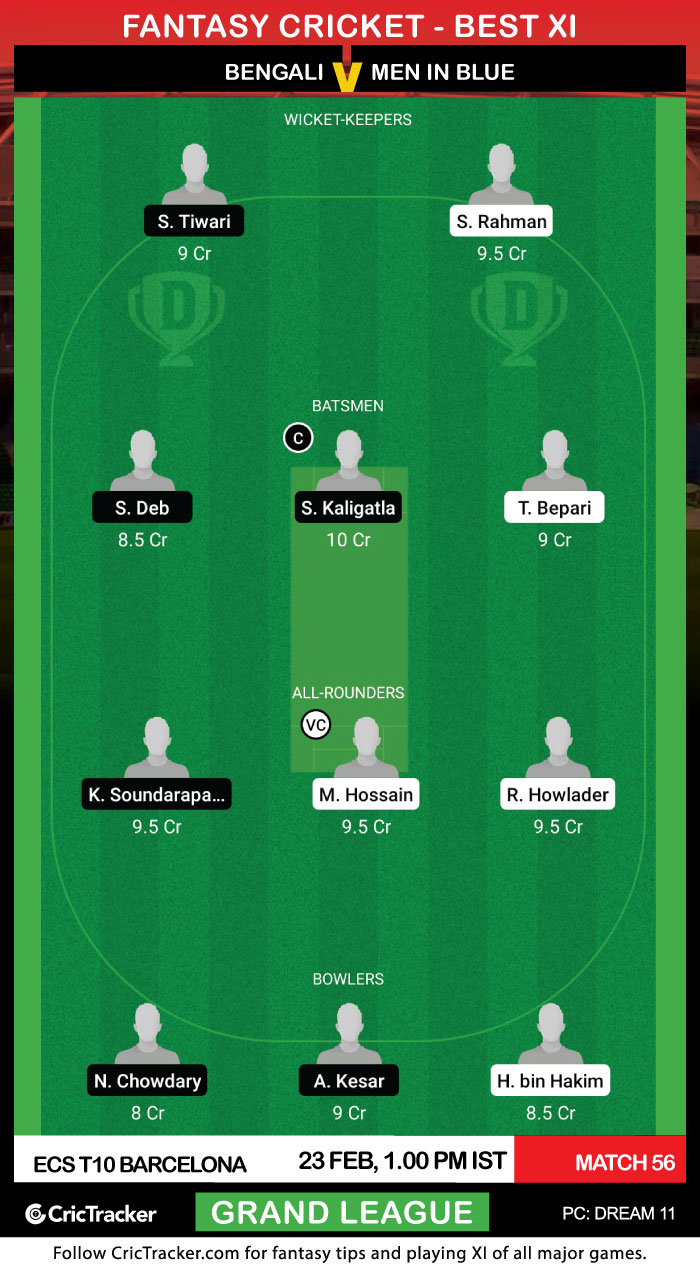 It is advisable to include Tamjid Bepari in both of your Dream11 Fantasy teams. He has been in decent form having scored 103 runs at a strike-rate of 150+ in 5 innings.

Bengali are expected to win this match.