Oeiras will be up against Malo in the 6th match of ECS T10 Portugal on Friday. Both teams will be playing their second consecutive match of the day. Oeiras start their campaign on Day 3, hence they are not well aware of the conditions. They will be looking forward to winning this match and end their day with a victory.

On the other hand, this will be the 4th match of the season for Malo. They will come into this match high on confidence after winning their last match against Gorkha 11 by 4 wickets. They will be looking forward to continuing their winning momentum in this upcoming match as well. We can expect a thrilling encounter between these two quality sides on Friday.

The pitch here at Estadio Muncipal de Miranda do Corvo is pretty much a balanced wicket. The wicket is easier to bat on in the first half as compared to the second. The last 3 out of the 4 matches were won by the team batting first. Teams winning the toss will look to bat first and put up a big total on the board.

Wicket-keeper batsman, Kuldeep Gholiya was in brilliant form with the bat in ECS T10 Cartaxo, where he scored 170 runs at an average of 24.28. He can have a big knock in this upcoming match as well.

Conrad Greenshields impressed everyone with his all-around performances in the previous edition. He scored 242 runs at an average of 40.33 in the last season. He is a must-pick for your dream11 fantasy teams.

Mian Shahid has been in decent form with both bat and ball in this season. He has scored 32 runs at a strike rate of 100+ and also picked up 2 wickets at an economy rate of just 5.66.

Najam Shehzad is the leading run-scorer with the bat for Malo in this season so far. He has scored 34 runs at a strike rate of 126 and also picked 2 wickets in the 2 matches he played.

OEI vs MAL Must Picks For Dream11 Fantasy Cricket: 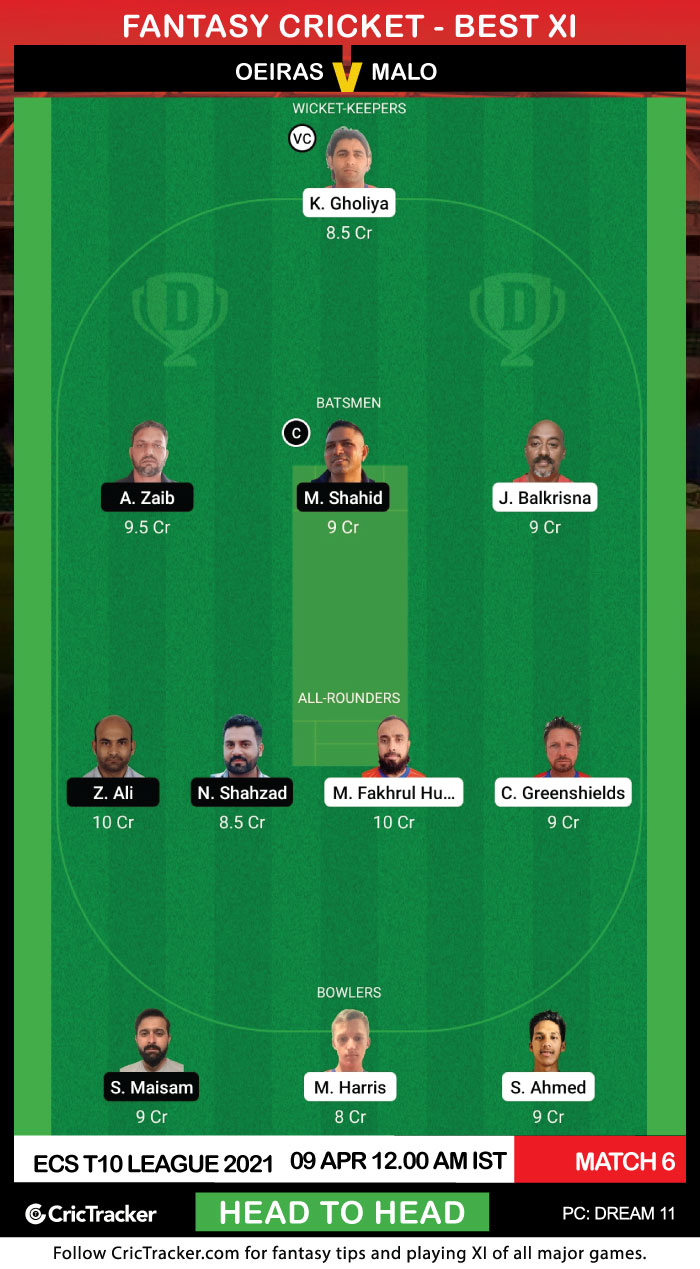 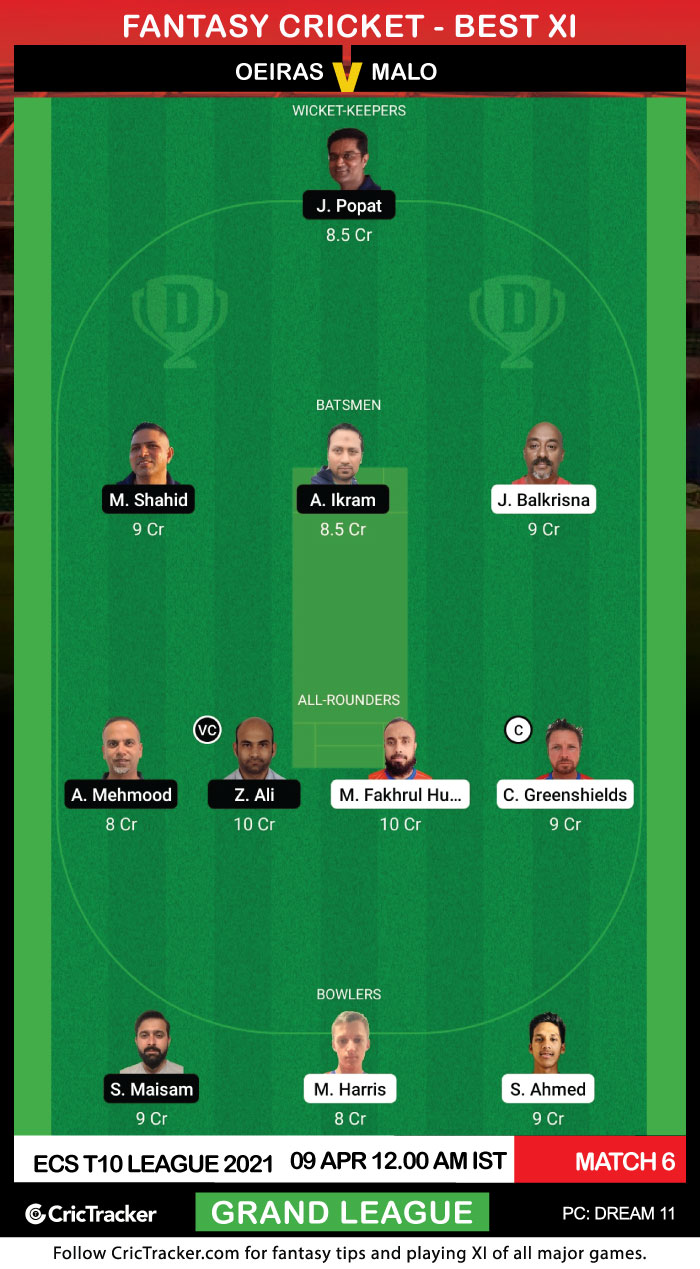