The 64th match of the ECS T10 2021 will be played between Ripoll Warriors and Barna Royals on 24th February at Montjuic Olympic Ground in Barcelona.

The match is scheduled to start at 2:30 PM local time (7:00 PM IST) and it will be streamed live on Fancode.

In the Group B contest, Ripoll Warriors will take on Barna Royals in the 64th match of the ECS T10 2021 on Wednesday. After winning two back-to-back matches against Pakcelona and Hira Sabadell, Ripoll Warriors weren’t able to keep the same momentum as they lost 2 matches on the trot but still they hold their 3rd spot in Group B with 5 points in their bag. They lost to Barna Royals in their previous meeting by 4 wickets and they would look to give it back when they meet on Wednesday.

Meanwhile, Barna Royals had mixed results so far in this tournament. They won have 2, lost one and the other 2 matches were washed out due to rain but they still maintain their 2nd spot in the standings with 6 points with a net run-rate of 0.221. Since they have outplayed Ripoll Warriors in their previous meeting, they look favorites for this match. It will be a crucial day for both the teams as they will be playing 2 matches and whoever wins will have more chances of moving up in the points table.

It’s going to be partly cloudy in the afternoon here in Barcelona with a constant temperature of 14 degrees Celsius and the humidity will be 82 percent. There is no chance of precipitation for this match,

The batters are making most of the batting-friendly conditions and scoring with a lot of ease. The bowlers are still unable to find their lengths and getting hammered to all over the parts. This will likely continue for the rest of the tournament. Batting first is a good option on this wicket.

Mohsin Ali is the top run-getter for Ripoll Warriors in the ongoing competition with 99 runs in 5 matches at an average of 24.75 with a massive strike rate of 220 with the best score of 48.

Prince Dhiman is the only batter to register a half-century for Ripoll Warriors. In 5 matches he has scored 74 runs at an average of 24.66 with a strike rate of 137.03 and he has picked up 3 wickets as well.

Aamir Shahzad has got the most scalps for Ripoll Warriors with 6 wickets at an economy of 7.85 with the best figures of 2 for 6. Consider picking him for his top-notch bowling performances.

Syed Gulraiz Hussain is the pick of the bowler for Barna Royals, picking up 4 wickets in 3 matches at an economy of 9 with the best bowling figures of 4 for 18. 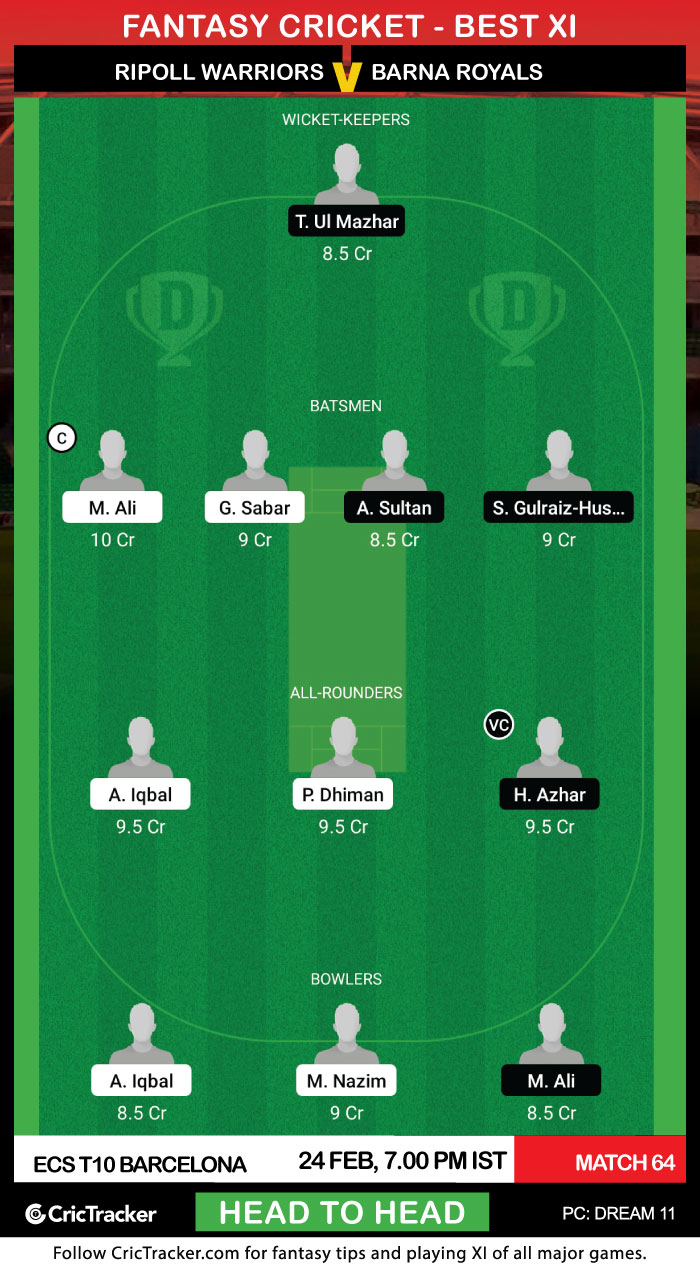 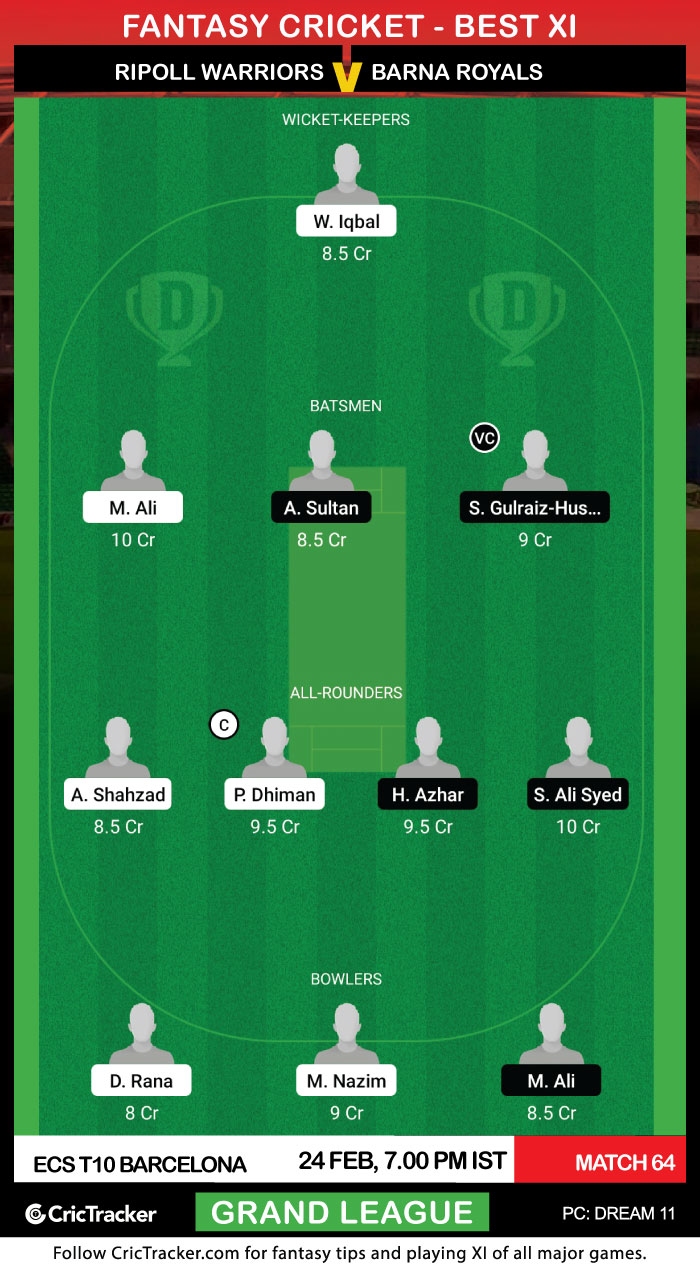 Hamza Azhar is the only batter to bat in all the matches for his side. He scored runs as well in those matches. He is a must-pick and a suitable captain for your Dream11 fantasy teams.