It is advisable to pick Nazmul Haque as a captain in one of your Dream 11 teams.

The 8th Match of the ECS T10 2021 will be played Between Trentino Aquila and Venezia on 30th March at Venezia Cricket Ground in Venice. The match is scheduled to start at 2.30 PM local time (7.00: PM IST) and it will be streamed live on Fancode.

On the other hand, Venezia will head into this game after playing against Royal Cricket Padova earlier in the day. They have played two matches and won both of these matches and currently placed at the top of the points table.

The Weather is predicted to be Mostly Sunny in Venice and the temperature will be around 17 degrees Celsius and humidity levels are at 73 percent.

The pitch here at Venezia Cricket Ground usually provides good support to the batsmen because of smaller boundaries. Both teams would want to bowl first after winning the toss.

86 (Last 4 matches played on this venue)

Nazmul Haque-I is an opening batsman who is known for his hard-hitting abilities. He is a top run scorer of the tournament with 98 runs in 2 matches at a staggering strike rate of 316.12.

Ali Saqib Arshad is a leading run scorer and wicket taker for Trentino Aquila. He has scored 42 runs at a strike rate of 210 and also picked up 2 wickets at an economy of 6.

Mahedi Nitol is a leading wicket taker of the tournament. He has picked up 5 wickets from 4 overs at an impressive economy of 7.25.

Shagar Choquder is a dynamic all-rounder who can contribute with the bat and the ball for his team. He can turn the game anytime with his incredible all-round ability.

Atif Saleem Raza is a batting all-rounder who will open the innings. He has scored 40 runs at a strike rate of 121.21 and also picked up 2 wickets from 4 overs. 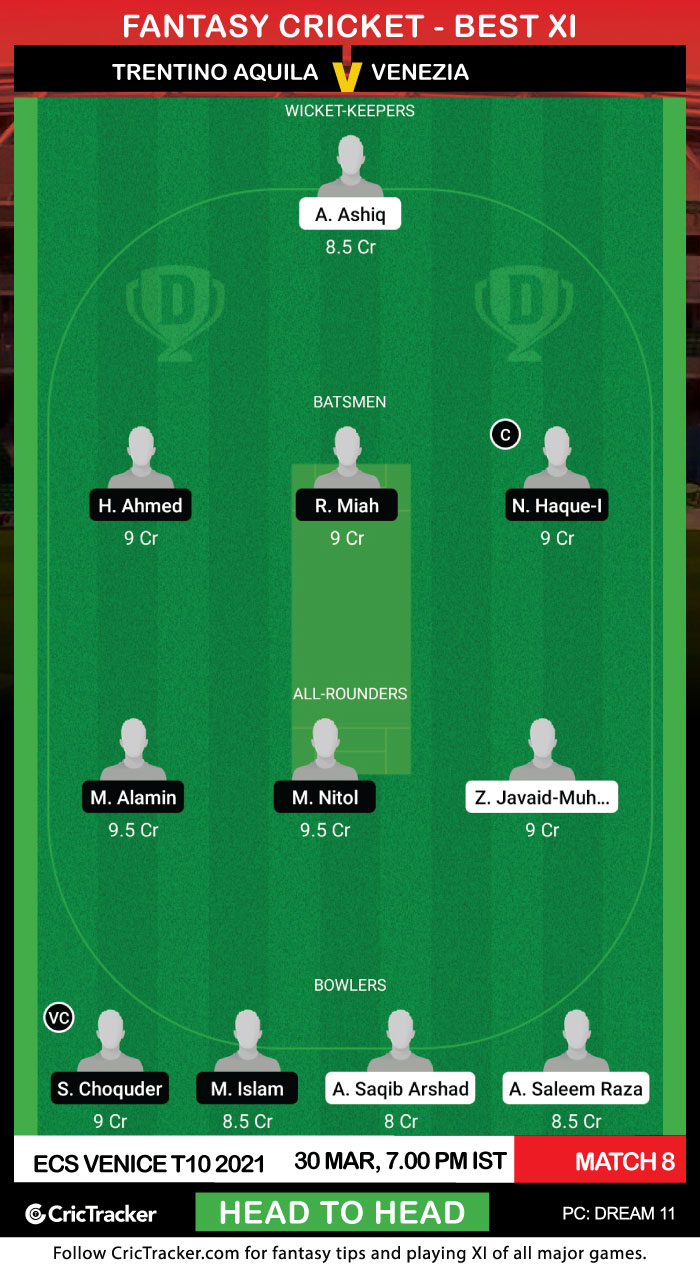 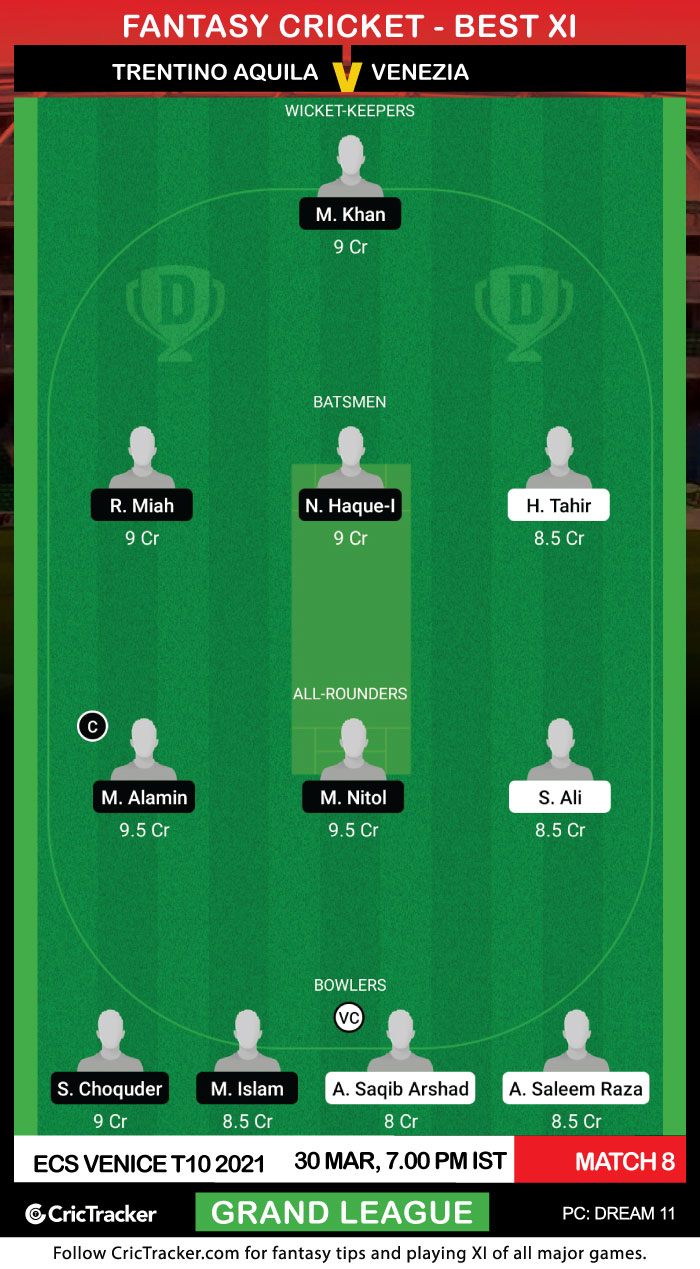 It is advisable to pick Nazmul Haque as a captain in one of your Dream 11 teams.

Venezia are expected to win this match.