Group B teams Milan United and Milan Cricket Club will face each other in the ECS Milan T10 2021 on Wednesday. Both teams have lost their first match of the 2021 season on Tuesday and will be looking for a comeback.

Milan United performed decently with both bat and ball, but lost a close-fought encounter. On the other hand, Milan Cricket Club failed to impress in both the batting and bowling departments in their first game and will need to be much more professional today.

This pitch favours batsmen in the first innings. Bowlers will also get some purchase in the second innings, making it a tight-knit encounter.

Suresh Silva scored a 32-ball 51 runs in the opening encounter of the season for Milan United. He scored at an impressive strike rate of 159.37.

Opening batsman Roshan Silva is another dependable all-rounder who can fetch you good fantasy points. He picked up 2 wickets in the first match of the tournament.

Wicketkeeper-batsman Pramod Kumar Sudida is a top performer with the bat. He scored 16 runs in the opening match of the tournament for Milan Cricket Club.

All-rounder Kaushik Bhuva scored 16 runs in the opening match against Albano. He scored at a healthy strike rate of 145.45 for his side.

MU vs MCC Must Picks for Dream11 Fantasy Cricket: 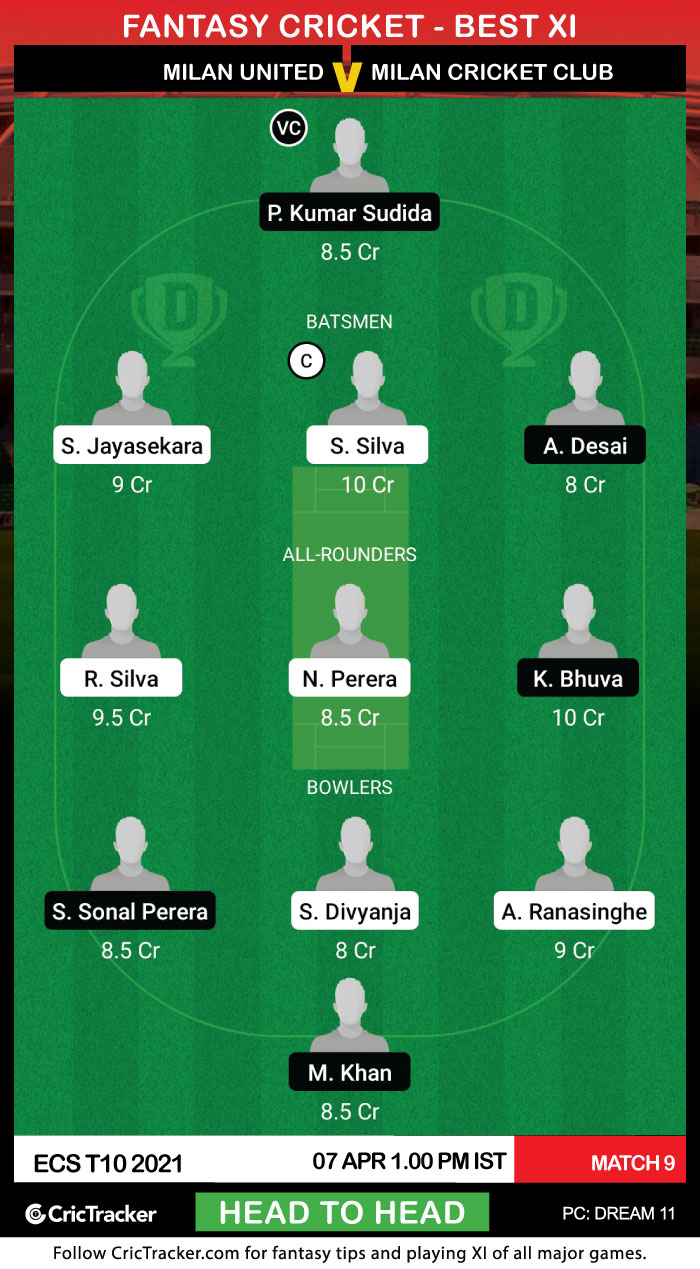 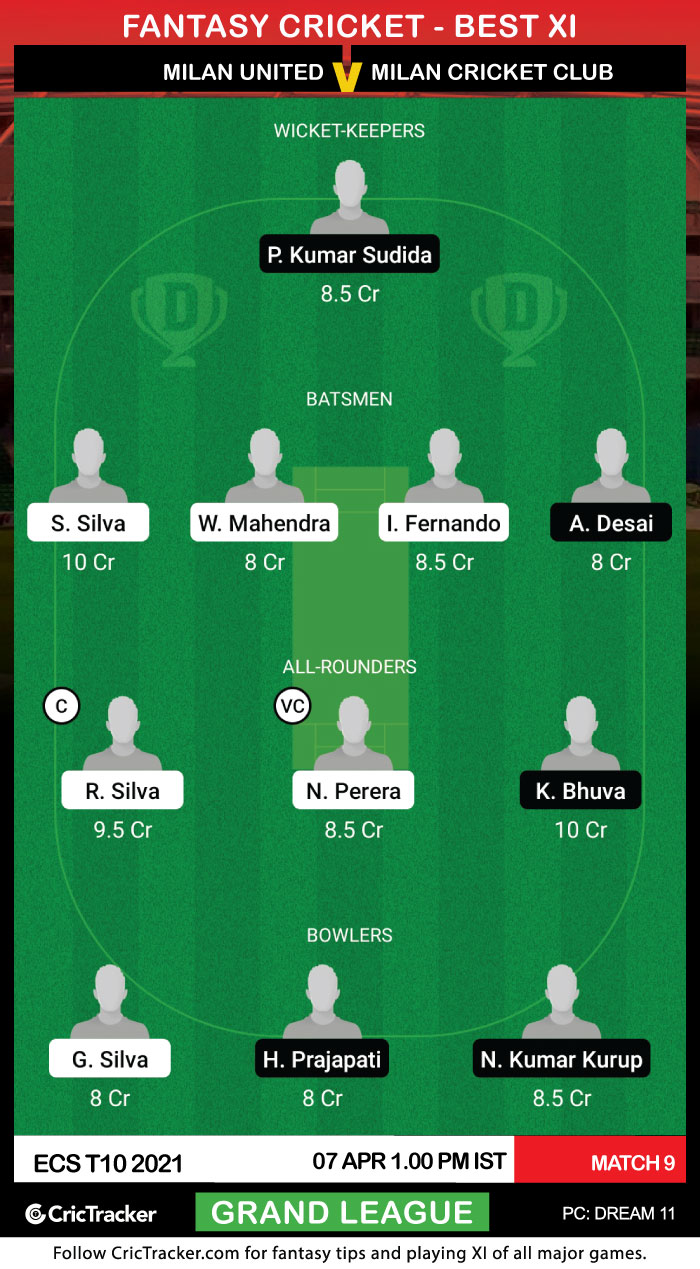