Fayyas Mohammad mustered 150 runs in 4 matches at an average of 50.

The 16th match of ECS Bulgaria T10 will be played between Indian Tuskers and Barbarian CC at the National Sports Academy Vasil Levski, Sofia.

Indian Tuskers will play Barbarian CC in the upcoming game of the ECS T10 in Bulgaria. The former hasn’t had a great tournament thus far. They won just one game out of five and seem to be struggling at the moment. However, their only win in the tournament came against this opposition – the Barbarian CC.

The last time these two sides met each other, Barbarian CC scored only 56 runs in 10 overs and it was an easy chase for the Tuskers. Despite their poor performance in the tournament, they will go in as the favourites against Barbarian CC. Barbarian CC hasn’t won a single match out of the five they played till now.

Clear skies will greet the players during the scheduled time of this game. There isn’t any chance of precipitation.

Teams have put up ridiculously high scores on the board on Day-2 of the tournament. The pitch is great for batting and it could continue that way.

Fayyas Mohammad mustered 150 runs in 4 matches at an average of 50. 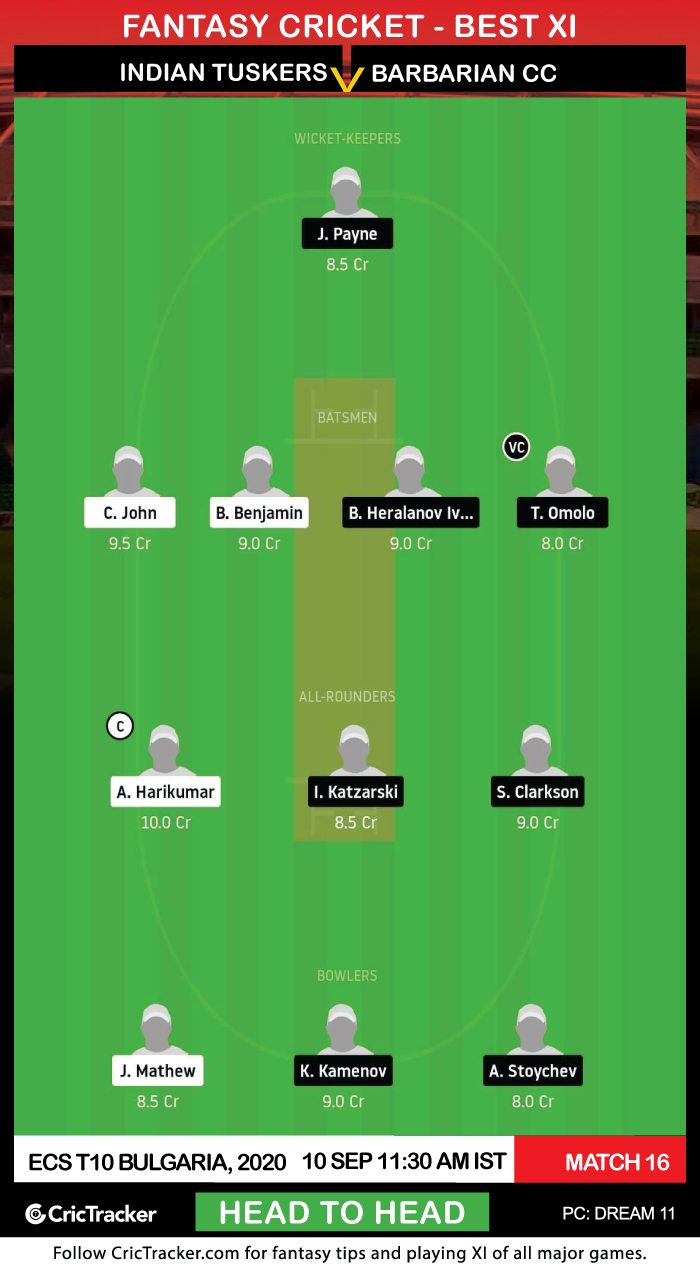 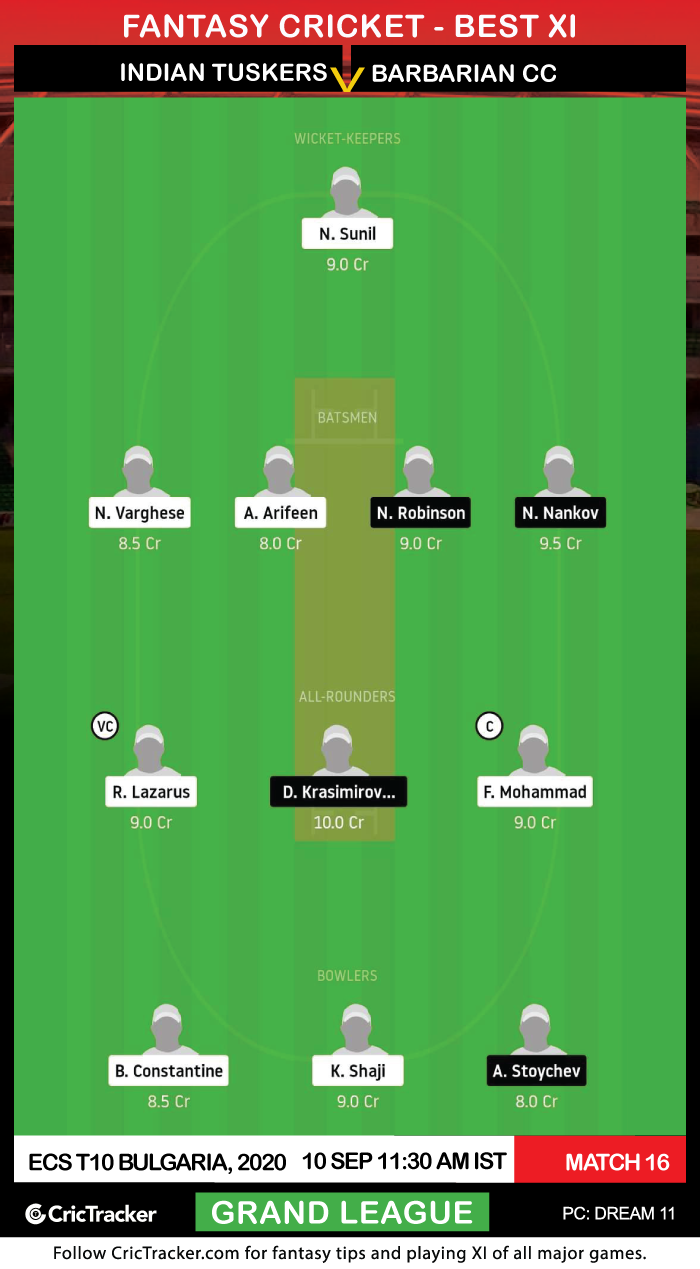 With batting sides putting up massive totals on the board, it is better not to have more than three bowlers in your team.

Indians Tuskers are expected to win this match.