Kiran Dassan is a consistent performer and mustered 288 runs in 7 matches.

The 17th match of ECS Bulgaria T10 will be played between MU Sofia and MU Dons at the National Sports Academy Vasil Levski, Sofia.

MU Sofia and MU Dons will be the two teams fighting for the top spot on the points table as they gear up for the 17th match. They have won 4 games each out of their 6 games. The two teams clashed in the tournament opener where MU Dons won the game quite comprehensively. The MU Dons will be going in this game on the back an exceptional batting display from their openers, Kiran Dasan and Saim Hussain, which helped them amass the highest score of the tournament so far.

MU Sofia, on the other hand, are looking good after the two losses they suffered on the first day. They have been very clinical with the bat and bowl. Winning all of their last three games, they will be looking to capitalize on their momentum and avenge their loss against the MU Dons in the first game.

The weather is suitable for a cricket match and it will be mostly sunny during the course of the game. The temperature will be around 27 degree Celsius with zero chances of rain during the match.

It is an artificial pitch which favours the batsmen. We have already seen a lot of runs being scored on this pitch in the first three days and the run feast is expected to continue on the fourth day as well.

Saim Hussain is in red hot form. He scored a century in the tournament and has got 274 runs from 7 games.

Kiran Dassan is a consistent performer and mustered 288 runs in 7 matches.

Asad Ali Rehmatulla has taken 9 wickets in 7 matches and is the top wicket-taker in the tournament so far.

Ishan De Silva scored 143 runs in six games and has got a strike rate of over 200.

Albin Jacob bowled brilliantly in the last game taking 4 wickets for only 11 runs. He has taken 8 wickets in the tournament and is only behind Ali Asad Rehmatulla.

Nikhil Oliviera has scored 160 in 6 matches at a strike rate of over 155 with one fifty. 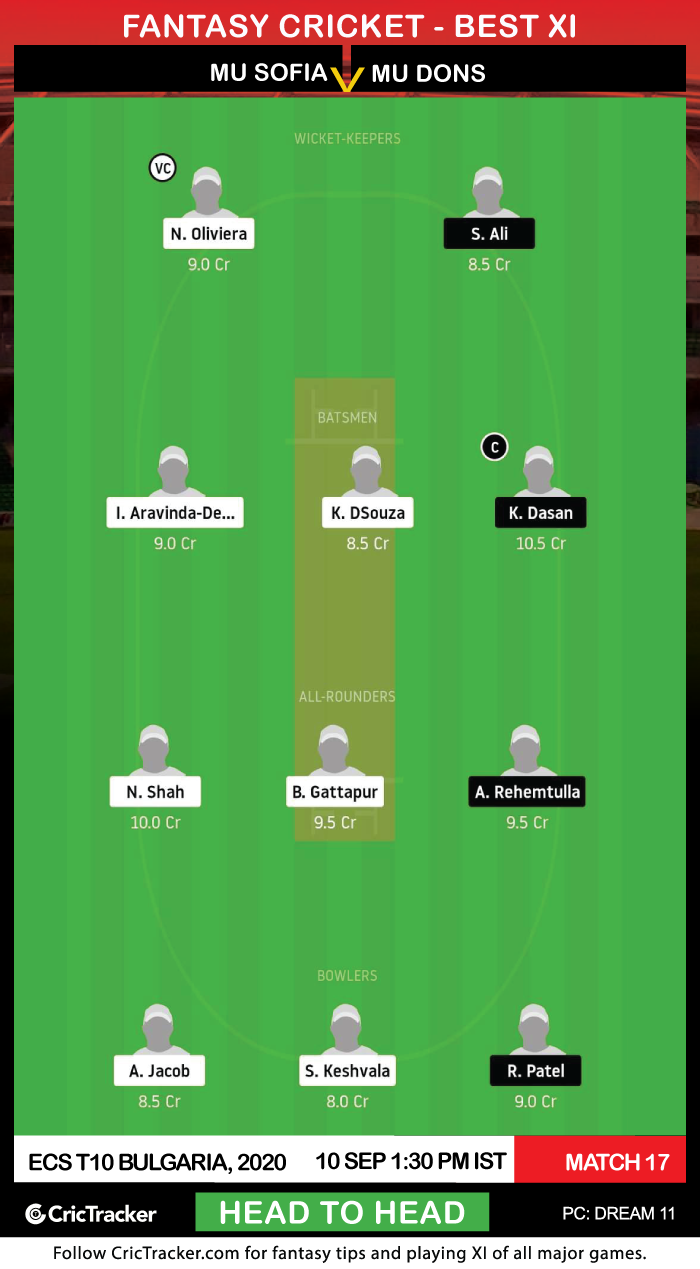 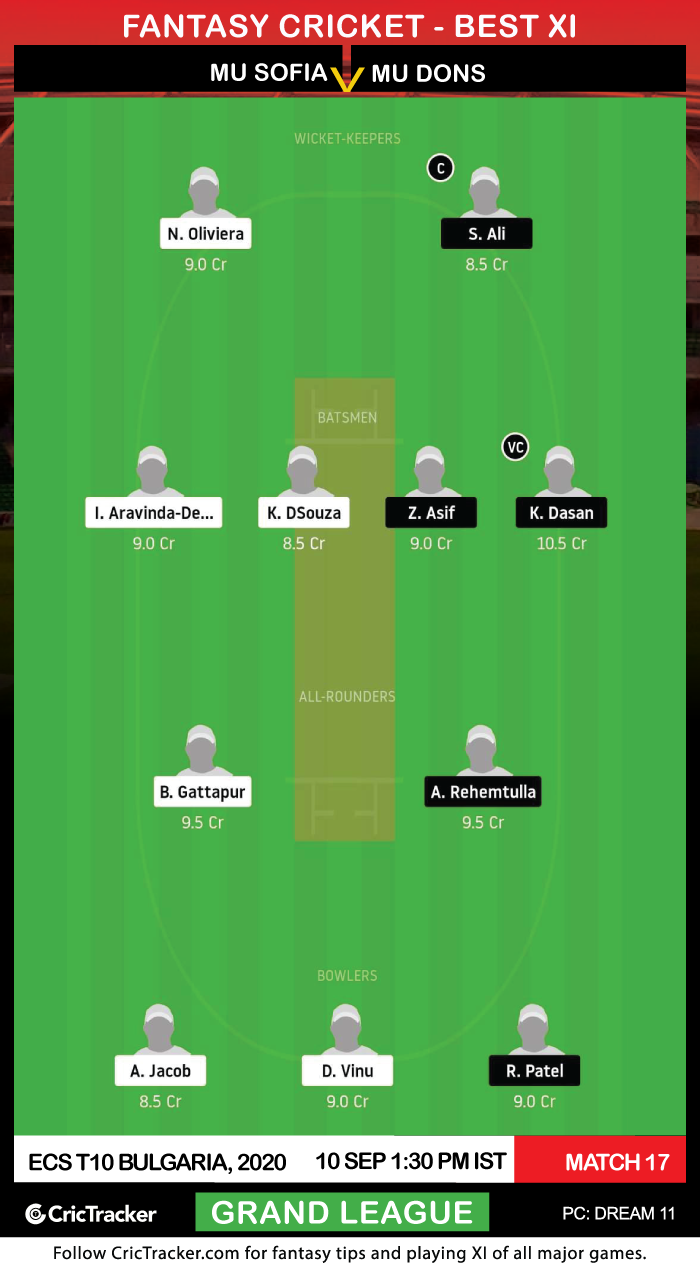 Kiran Dasan and Asad Ali Rehmatulla are must picks for your team as they are the second-highest run-scorer and leading wicket-taker respectively.

MU Dons are expected to win this match.