Indo–Bulgarian CC is expected to win this match.

The 9th match of the ECS T10 Bulgaria 2020 is all set to play between Indo–Bulgarian CC and MU Dons at National Sports Academy Vasil Levski, Sofia.

This match is scheduled to start at 03:00 PM Local Time (5:30 PM IST) and wiill streamed live on Fancode.

The fourth match of the day is going to be played between Indo–Bulgarian CC and MU Dons. Both of them are facing each other for the second time in the league. Indo–Bulgarian CC won the battle last time by chasing down the target of 90 runs. Also, they won their first encounter against Medical University Sofia as they defended the total of 143 runs in the allotted overs.

Moreover, MU Dons have won their first two games against Medical University Sofia and Barbarian CC as they were on a winning track on the first day. However, their winning streak was broken on the same day when they got defeated by Indo–Bulgarian CC during the last match of the opening day. It is a perfect chance for MU Dons to take their revenge and get back to their momentum where they left off.

The weather forecast is clear for this match and it will be mostly sunny during the course of the game with temperatures hovering around 32 Degrees Celsius mark.

The pitch at National Sports Academy Vasil Levski will favour the batsmen more than bowlers. The bowlers are unlikely to be spared even on Tuesday.

Bakhtiar Tahiri has scored 104 runs in two matches including a fifty and picked up two wickets to his name. Hristo Lakov has also played a brilliant knock of 50 off 24 balls in the same match as the latter got run-out in the second match. Prakash Mishra and Agagyul Ahmadhel has taken 3 wickets from two games they played.

Kiran Dasan has scored 114 runs and picked up a wicket in three matches. Sulaiman Ali and Saim Hussain on the other hand, have played some decent knocks for their team. Karthik Sreekumar and Asad Ali Rehemtulla will be the key bowlers as they bagged four wickets in three games. 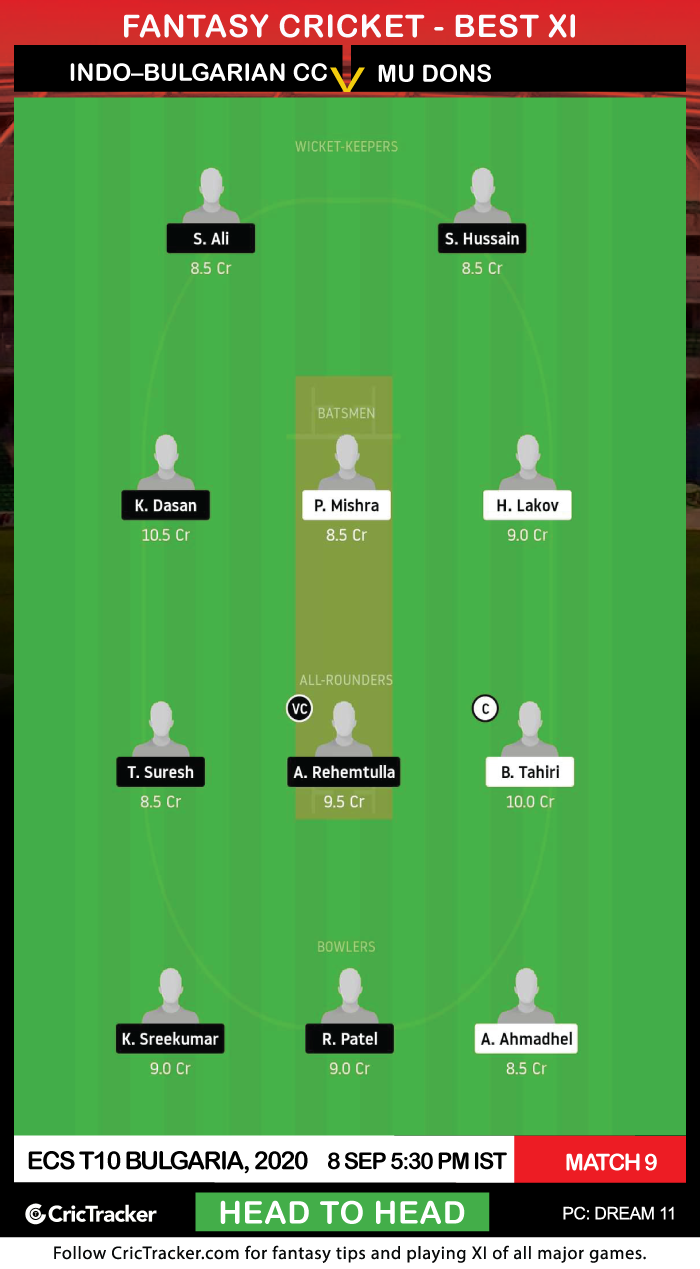 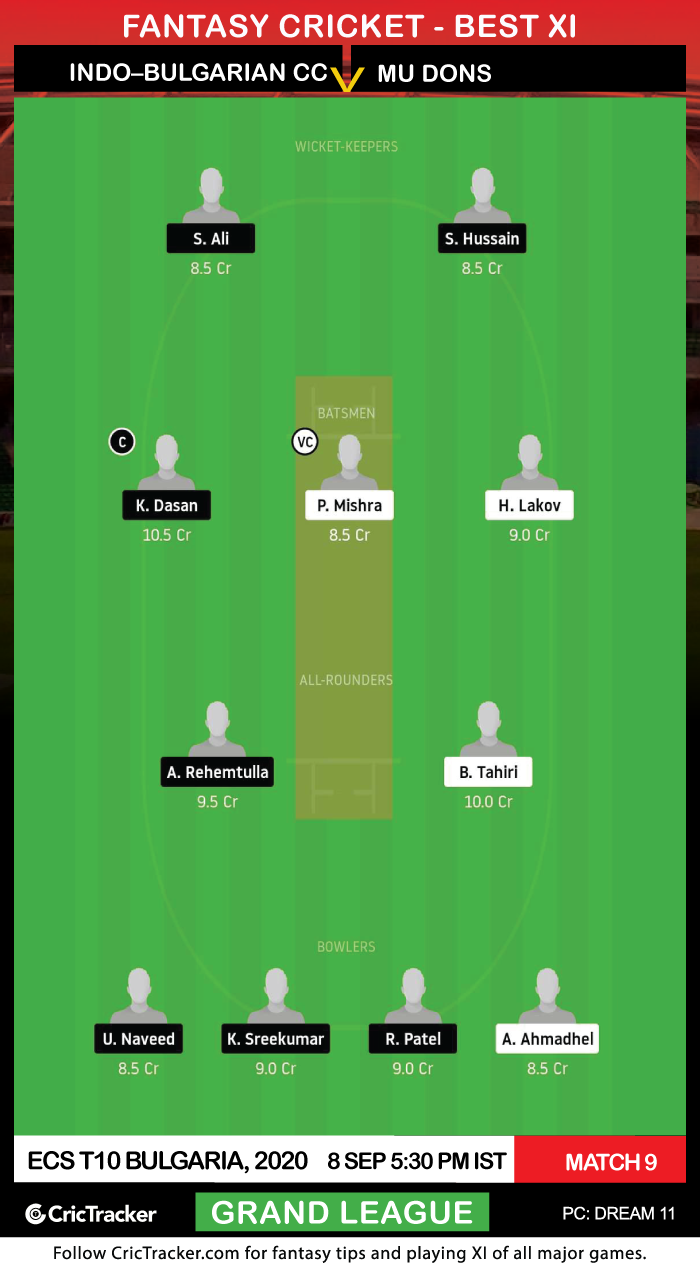 Pick Shafquat Khan and Thiekshan Suresh in any one of your GL teams and make them C or VC of your Fantasy team.

Indo–Bulgarian CC is expected to win this match.