Salman Yaqub picked up 2 wickets in his previous encounter against Voorburg Cricket Club. He should get a place in your Dream11 fantasy side.

The 10th match of the second day in ECS T10 Capelle 2020 is all set to be played between SV Kampong Cricket and Excelsior 20 at the SportparkBermweg in Capelle.

The temperature will be around 18-20 °C in the evening with no chance of rain.

The pitch at this ground is more supportive of the batsman as compare to bowlers. So we expect a good scoring match at the Sportpark Bermweg in Capelle.

Usman Malik picked up 2 wickets in the last match against Sparta cricket 1888 with a good economy rate of 8 runs per over. He bats at number three, which makes a must-have for your Dream11 fantasy side.

Jelte Schoonheim scored 72 in first two matches on first day, with a strike rate of 170 and an average of 36.

Ratha Alphonse scored 56 runs in last two innings with a batting average of 28, which can be considerd as impressive T10 cricket.

Rens van Troost can be a decent pick in your Dream11 fantasy team, as he scored 23 in the last match and picked up 2 wickets as well. 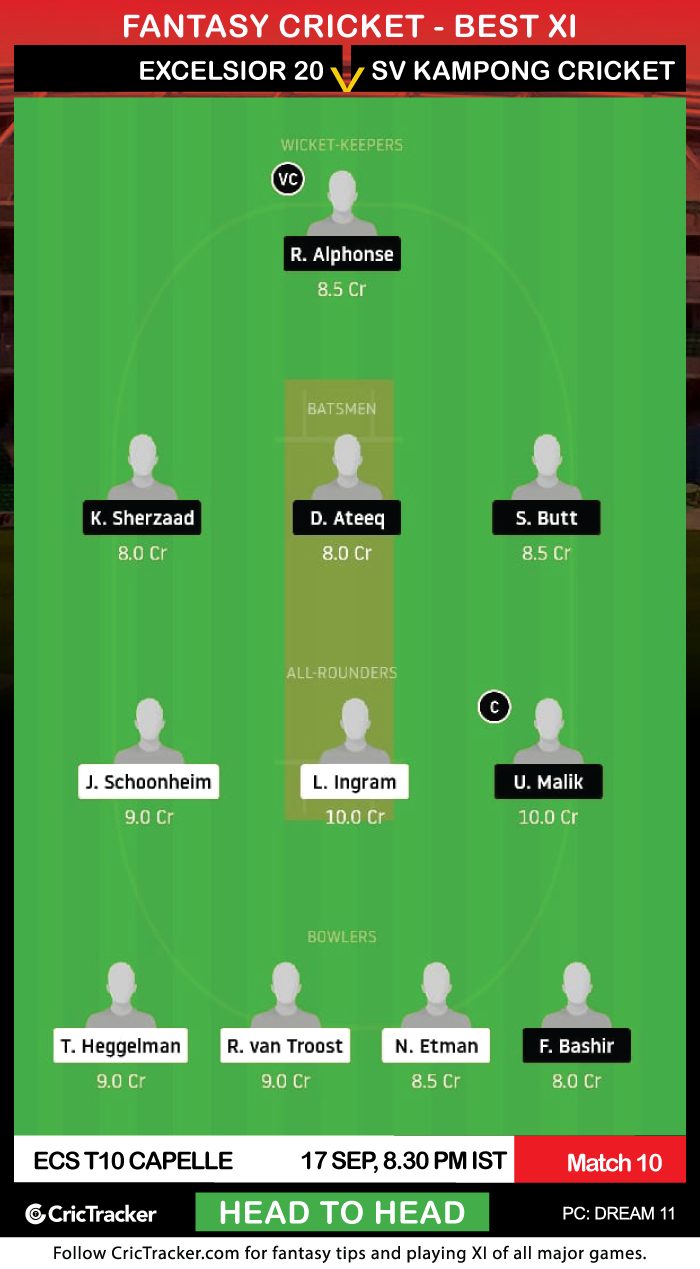 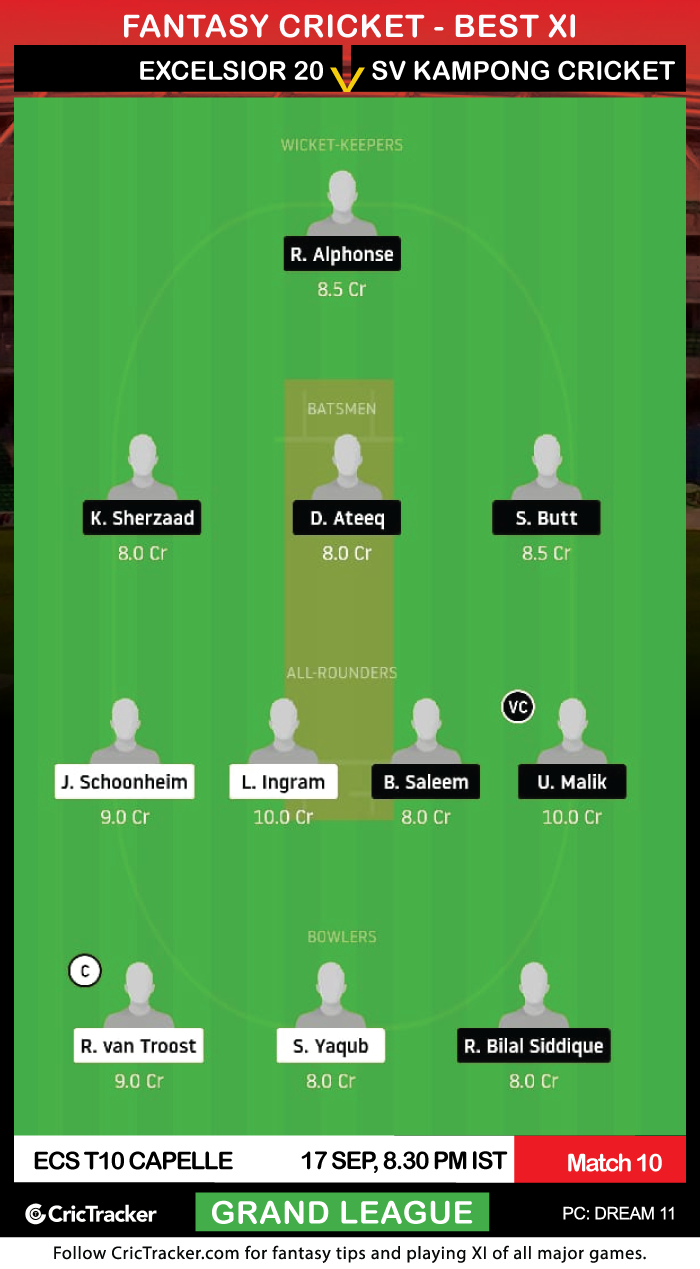 Salman Yaqub picked up 2 wickets in his previous encounter against Voorburg Cricket Club. He should get a place in your Dream11 fantasy side.

Excelsior 20 are expected to win this game.