Sajjad Kamal is the highest wicket-taker of the tournament so far. He picked up 6 wickets in 4 matches he played.

The first match of the final day in ECS T10 Capelle 2020 is all set to be played between Sparta Cricket 1888 and Voorburg Cricket Club at the Sportpark Bermweg in Capelle.

We are into the final day of ECS T10 Capelle. The first match of the last day will be played between Sparta Cricket 1888 and Voorburg Cricket Club. Both teams are battling each other for the second time in this competition. The last time when both the teams met, Sparta Cricket 1888 held onto their nerves and won that match in the final over while chasing down 122.

Sparta Cricket 1888 has been in tremendous form so far. They are placed at the top of the points table. On the other hand, Voorburg Cricket Club only won one of the five matches they played. Thus, the Sparta team is expected to dominate once again in this game.

The temperature will be around 20-22°C in the morning with no chance of rain.

The average first innings scores at this venue have been quite high. The teams chasing won three out of the last five games.

Musa Ahmad is the highest run-scorer of the tournament so far. He has scored 191 runs in 5 innings at an unbelievable strike rate of 207.60. He has also scored a century in this tournament.

Sajjad Kamal is the highest wicket-taker of the tournament so far. He picked up 6 wickets in 4 matches he played.

Usman Saleem can be a decent pick in your Dream11 Fantasy team, as he picked up 4 wickets in the only match he played. 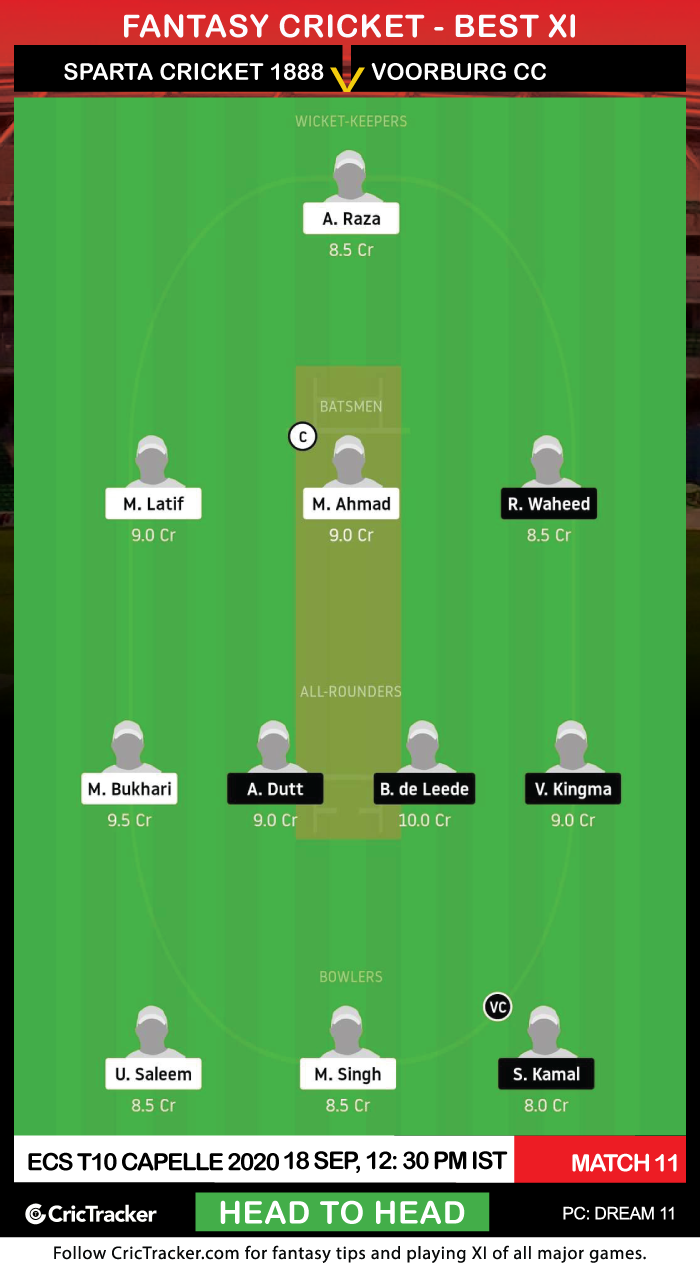 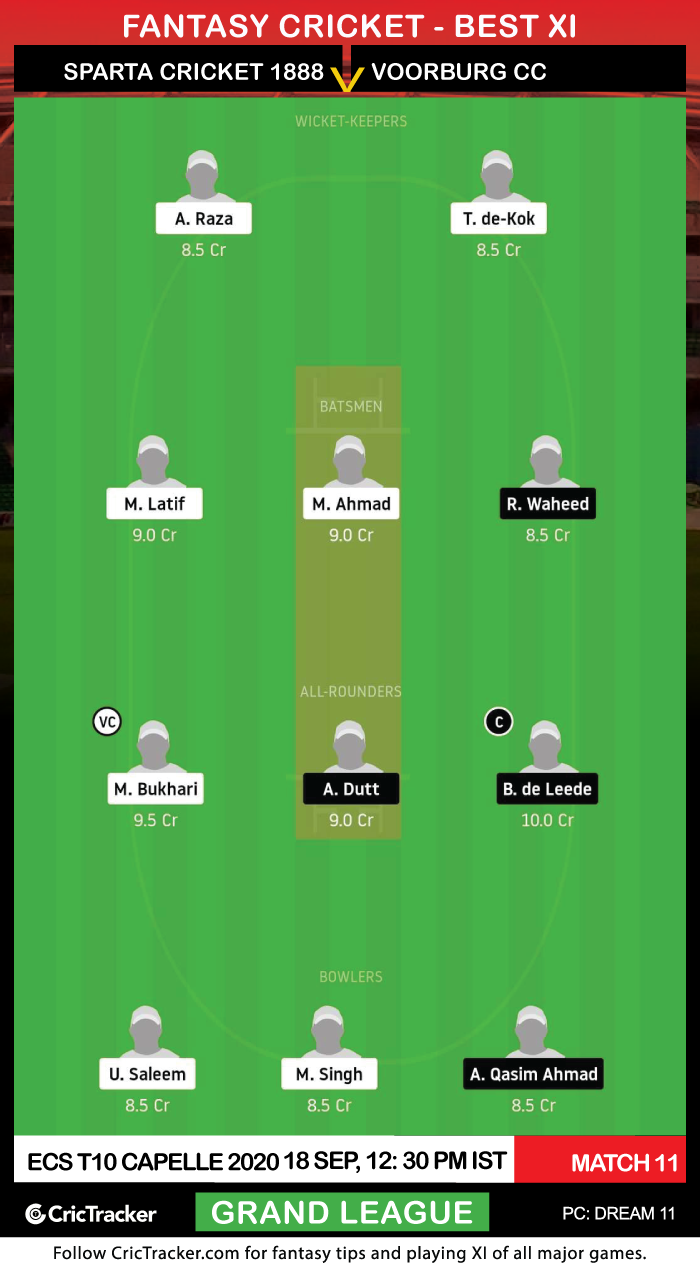 Picking Musa Ahmad as a multiplier in any one of your Dream11 Fantasy teams can be highly beneficial. He is in brilliant form so far.

Sparta Cricket 1888 is expected to win this match.