Excelsior 20 are expected to win this match.

The 5th match of the day in ECS T10 Capelle 2020 is all set to be played between Voorburg Cricket Club and Excelsior 20 at the Sportpark Bermweg in Capelle.

Both sides will be having a fair idea of the conditions on offer in the middle and they will look to execute their plans accordingly. It will be an intense day for both these sides. They need to be on their toes and should look to adapt quickly while playing back-to-back games.

The temperature will be around 18-20 Degrees Celsius in the evening with no chance of rain.

No official games have been played here in recent times and thus the track is an unknown entity. Since it is a T10 competition, it could be in the favour of the batsmen.

Bas de Leede is a consistent performer for his team and his average of 47 proves it. He also took three wickets for just 13 runs in the last match he played.

Roel Verhagen was the second-highest run-scorer for his team in the last Topklasse Tournament. He scored 118 runs in just 4 innings.

Lorenzo Ingram was the second-highest run-scorer in Topklasse Twenty20. He scored 202 runs in 4 matches he played. He averages 50+ and score runs at a strike rate of 137.

Tom de Grooth has scored 31 runs in two innings. He can score runs in all directions of the ground and may play a key role in his team’s success. 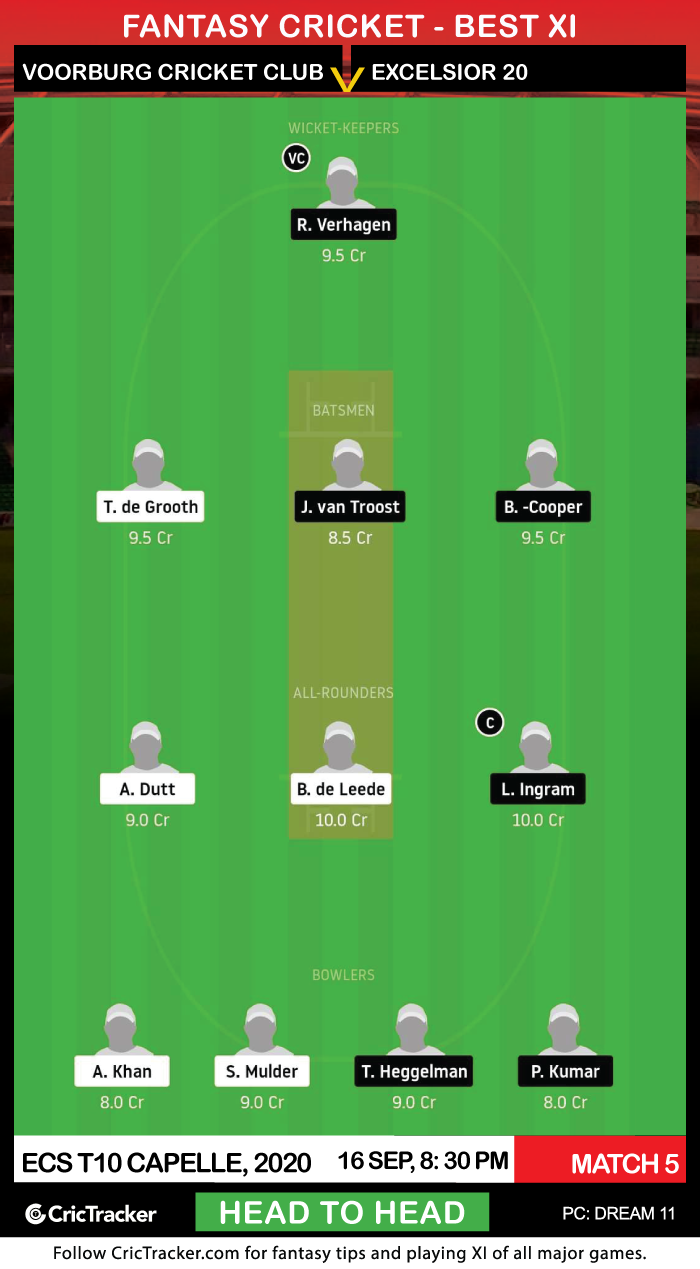 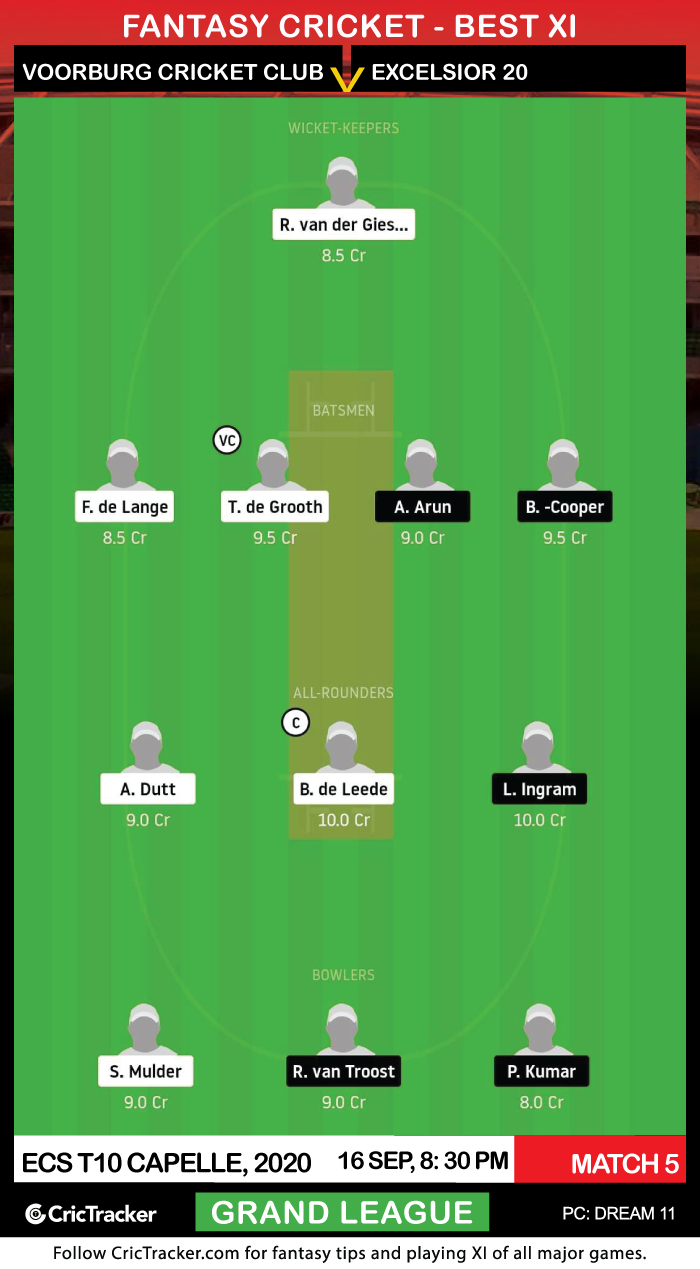 Pick Lorenzo Ingram as a multiplier in your Dream11 Fantasy team. He can give you crucial points both with the bat and the ball.

Excelsior 20 are expected to win this match.