Tim de-Kok scored 83 runs in three games that he played at an average of around 42.

The 6th match of the ECS T10 Capelle 2020 will be played between Sparta Cricket 1888 and Excelsior 20 at Sportpark Bermweg, Capelle.

Sparta Cricket 1888 got a flying start to their campaign on the opening day of the tournament as they won all three games they played. Excelsior 20 also won their first game against Voorburg Cricket Club by defending the total of 108 runs. This was followed by another victory against the Vooburg Cricket Club and thus they also have the winning momentum on their side.

Coming to this match, Sparta Cricket 1888 would look to make it four out of four by beating their opponents. However, Excelsior 20 can’t be undermined. They are capable of dominating any team in the league looking at the way they have performed on the first day. Therefore, we can expect a thrilling encounter between these two teams on this Thursday.

The skies are predicted to be clear for this match. While the temperatures hover around 13-15 degrees Celsius range, there shouldn’t be any rain interruptions.

The pitch at the Sportpark Bermweg is a good one to bat on. Hence, one can expect a high-scoring match.

Tim de-Kok scored 83 runs in three games that he played at an average of around 42.

Musa Ahmad is another Top Pick from Sparta Cricket 1888. He scored 63 runs and also picked up a wicket.

Manin Singh has been impressive with the ball and has picked up two wickets in two games.

Jelte Schoonheim is the highest run-scorer for his team in the match against Voorburg Cricket Club. He scored 26 runs in the game.

Niels Etman will be a good pick for your Fantasy team as he got a wicket and also scored 18 runs in his first outing. 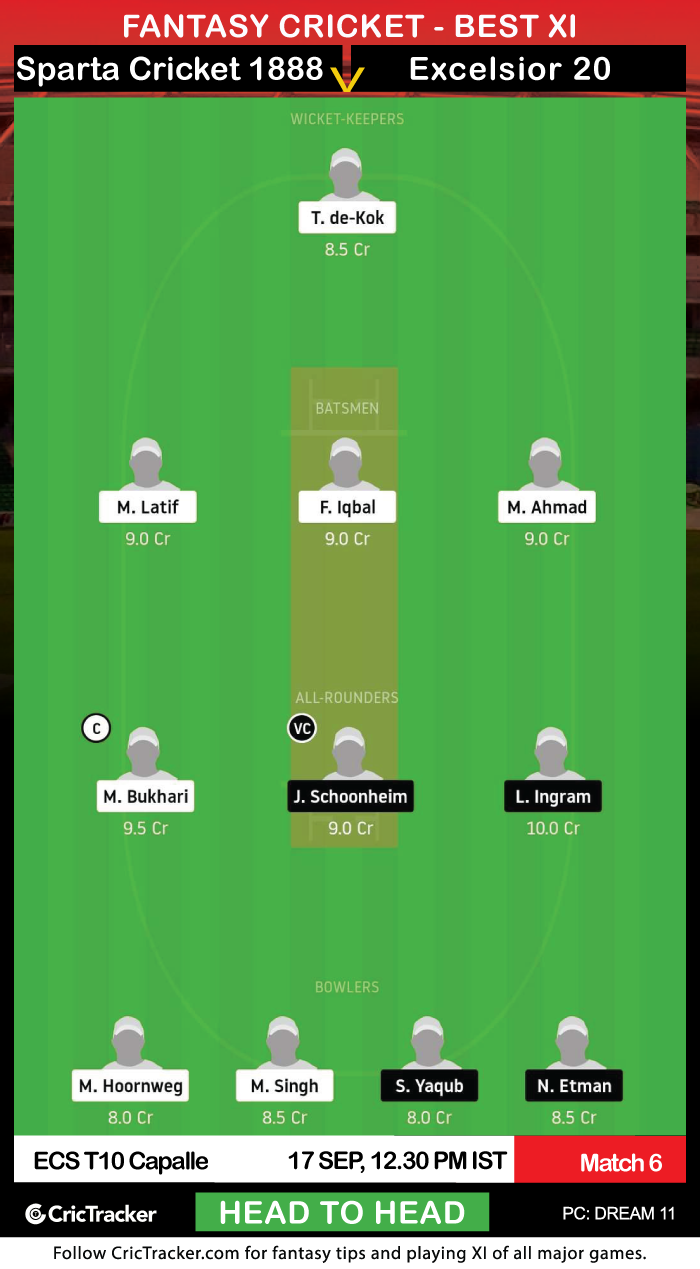 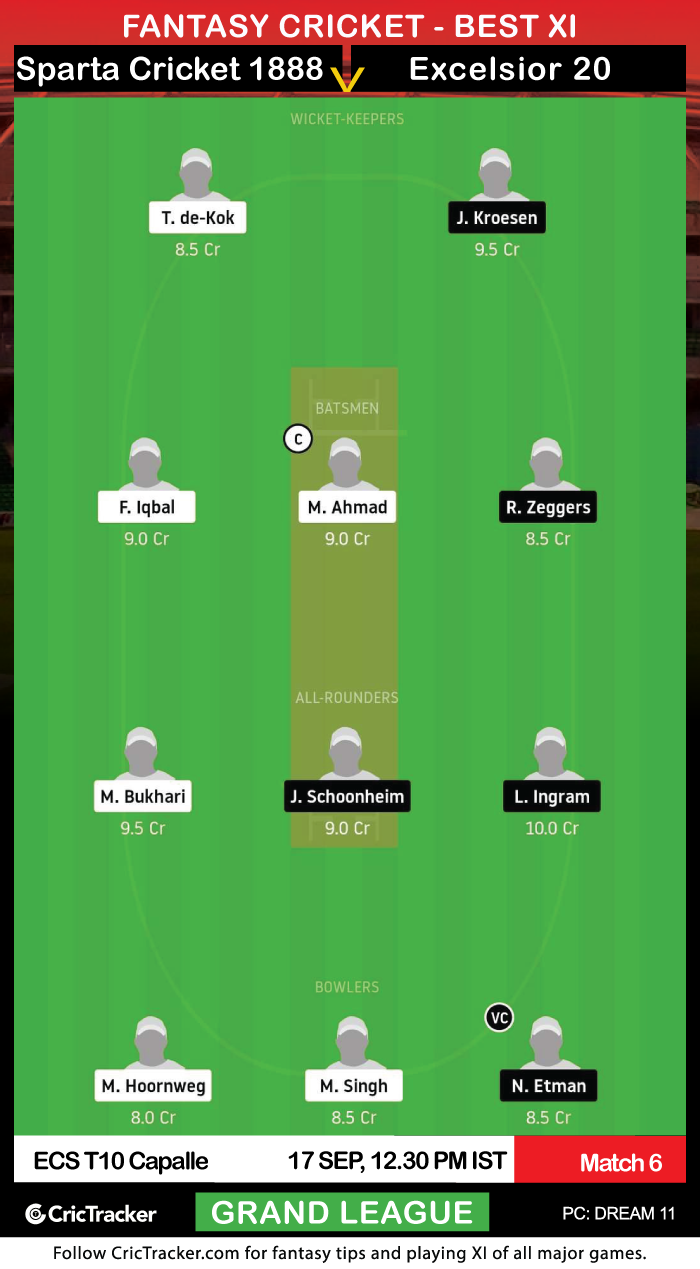 Faisal Iqbal is a talented player. Thus, you can pick him as a multiplier in any of your Dream11 Fantasy Grand League teams.