The 7th match of the ECS Capelle T10 will be played between SV Kampong Cricket and Voorburg Cricket Club at the Sportpark Bermweg in Capelle.

Voorburg CC also met with a similar fate having lost all their games on the first day. Both the teams will be looking to back their strengths and will look forward to opening their account in the tournament. It is a wonderful opportunity for both the sides to add those two crucial points in their tally.

The weather will be mostly sunny during the game. The temperature will be around 16 Degree Celsius with zero chances of rain during the match time.

The pitch behaved equally well for both the bowling and batting team on the first day of the tournament. However, batting second tends to become difficult on this pitch.

Ratha Alphonse has been striking the ball well at a rate of 180.74 in this tournament.

Usman Malik scored 21 runs and even picked up four wickets in the two matches he played so far.

Iftikhar Ahmad has picked up three wickets in three games and has got an economy rate under 8.

Bilal Saleem accounted for two scalps in two matches and has got an economy rate of 7.

Aryan Dutt scored 95 runs in three games at a strike rate of over 150 and even picked up a wicket. 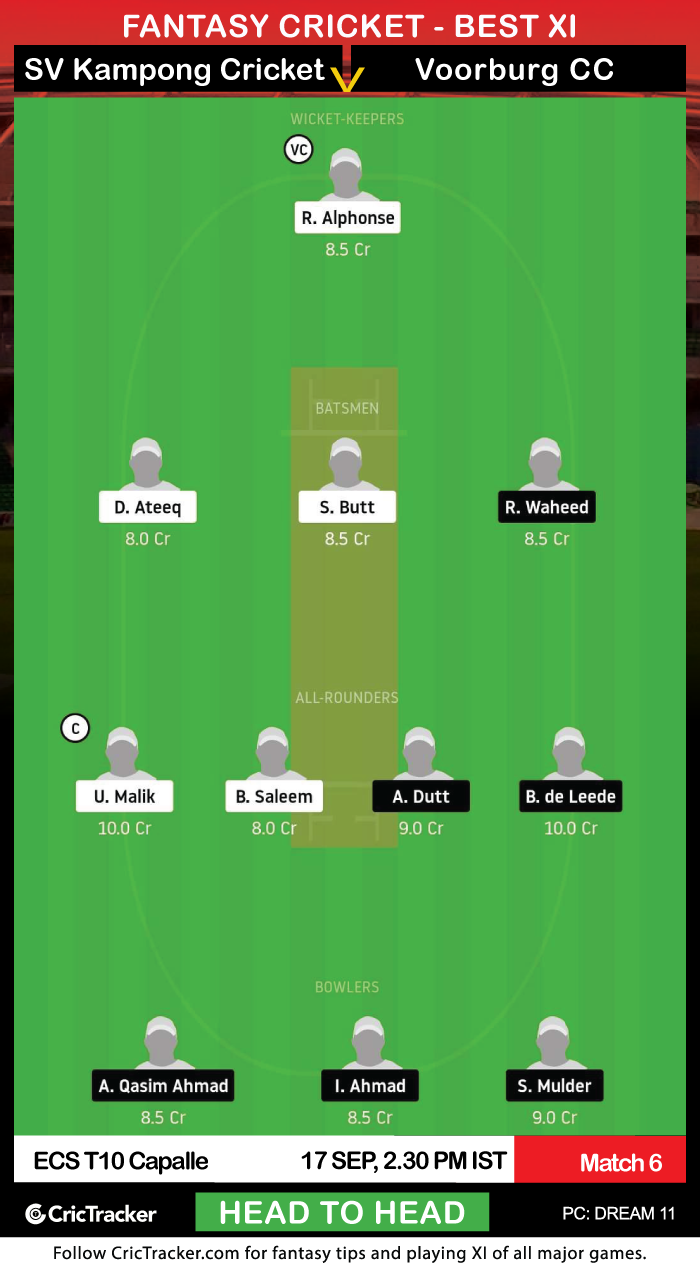 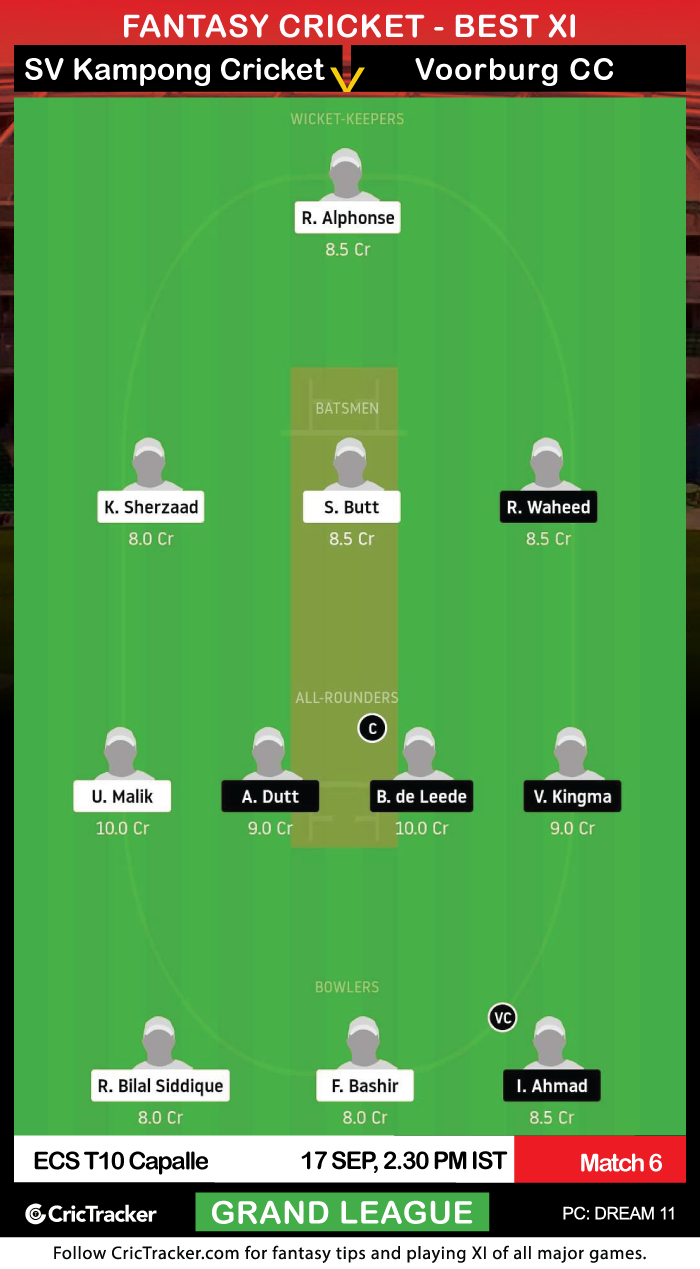 The openers from both the team are in form and are advisable to pick them as your captains in your Dream11 Fantasy teams.