Both Sparta Cricket 1888's skipper Mudassar Bukhari and wicket-keeper Tim de Kok should be in your Dream11 fantasy side.

The eighth match of the ECS Capelle T10 will be played between Sparta Cricket 1888 and Excelsior 20 at Sportpark Bermweg in Capelle.

The match is scheduled to start at 1:00 PM local time (4:30 PM IST). The match will be streamed live on Fancode.

The eighth match of the league stage will be played between Sparta Cricket 1888 and Excelsior 20. Both the teams are battling each other for the second time in this competition. On the opening day of the tournament, Sparta Cricket 1888 won their first two matches convincingly against Voorburg CC and SV Kampong Cricket respectively, but in their third match, they needed some extra heroics against similar opposition SV Kampong Cricket to win a last-over thriller by a margin of 3 runs. With all their collective performances, Sparta Cricket 1888 are at the top of the table with 6 points.

On the other hand, Excelsior 20 won their first 2 matches against Voorburg CC by a margin of 9 runs and 25 runs respectively. These wins moved them to the second spot in the table with 4 points. Jelte Schoonheim and Rens van Troost were the top performers for Excelsior 20 on the opening day. It will be an exciting match as both the teams look forward to carrying the winning momentum to rest of the tournament.

It will be a sunny afternoon in Capelle with a temperature of 19 °C and the chances of precipitation for this match is very low.

By looking at the last five matches played at this ground, it’s a good wicket for the bowlers. Anything above 100 is difficult to chase. Batting first should be the preferred choice of both sides.

Mudassar Bukhari is in excellent touch with his all-round performances. He has scored 60 runs at an average of 30 with a strike rate of 285 and has also picked up one wicket.

Wicketkeeper batter Tim de Kok contributed well with his bat so far, scoring 83 runs in 3 matches at an average of 41.5 with a strike rate of 180.

Jelte Schoonheim has been excellent at the top-scoring 72 runs at an average of 72 with a strike rate of over 175. He should be a must-have for your Dream11 fantasy team.

Rens van Troost has been decent with the bat in the middle-order, scoring 36 runs at an average of 36 with a decent strike rate of 112, also he has picked up 2 wickets at an economy of 8. 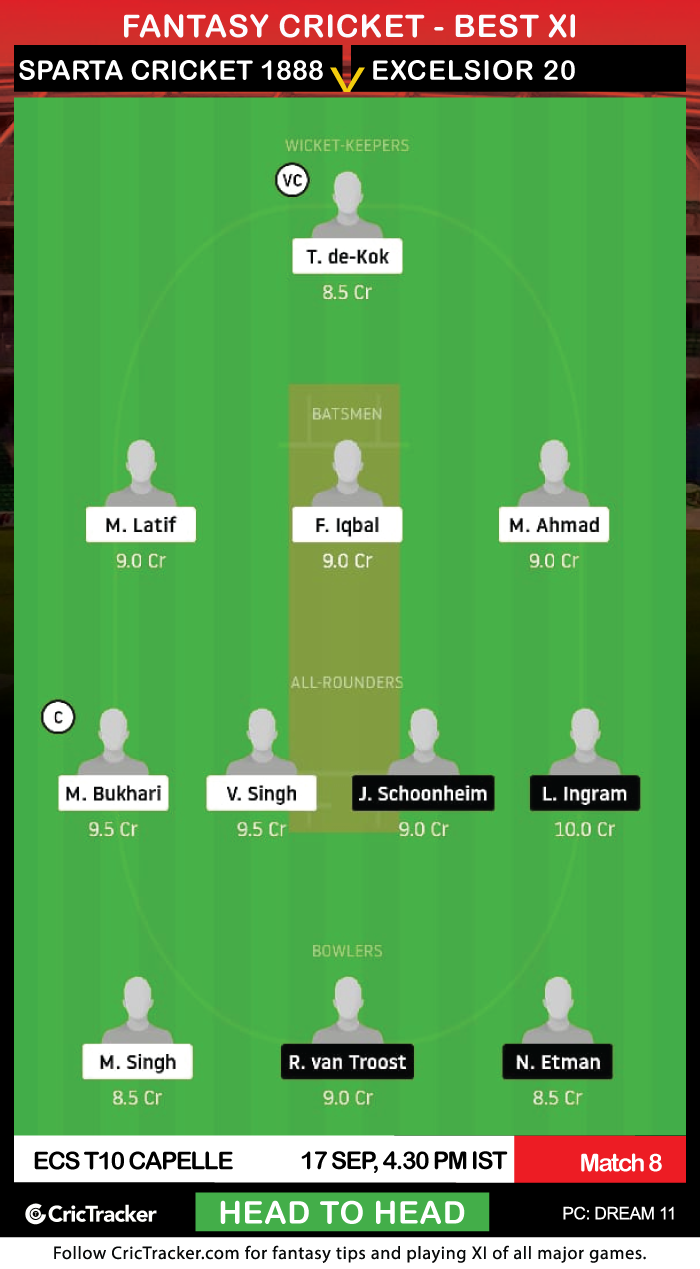 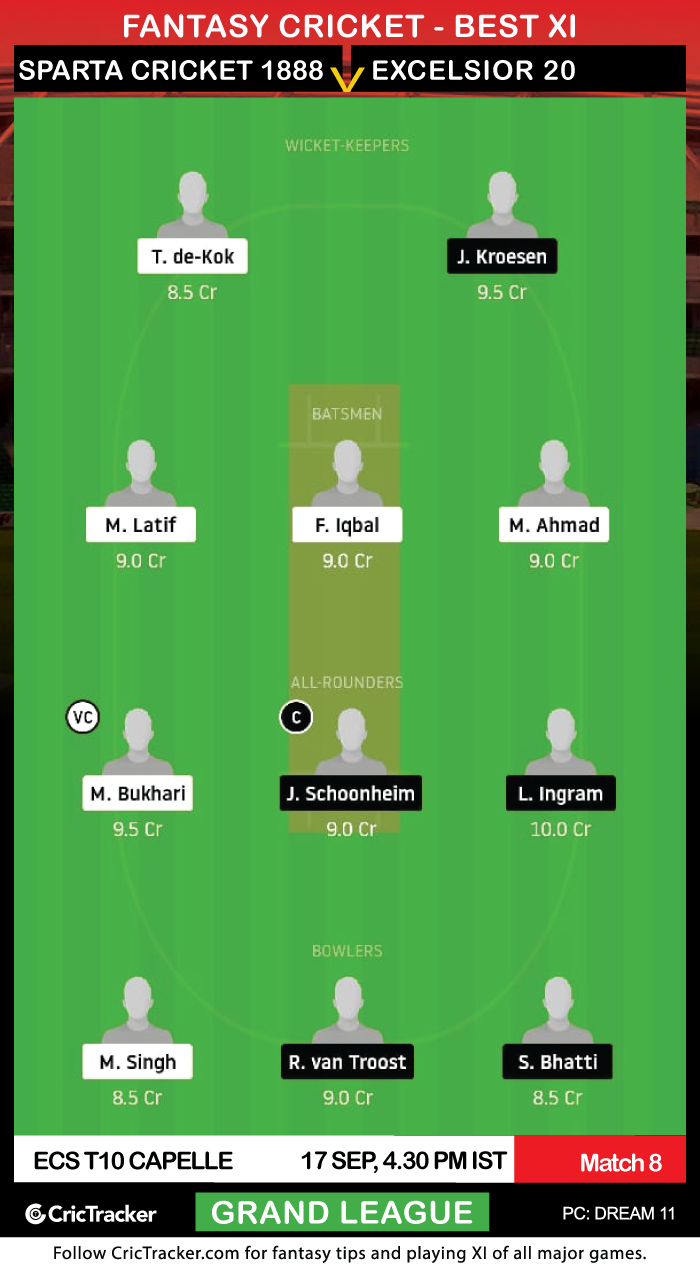 Sparta Cricket 1888 are playing excellent cricket so far in this tournament. Skipper Mudassar Bukhari and wicket-keeper batter Tim de Kok were the top performers for them. Both should be included in your Dream11 fantasy team.