Aryan Dutt scored 95 runs in 3 games on Day 1 and could be an effective pick for your Dream11 fantasy side.

The 9th match of the ECS T10 Capelle 2020 will see SV Kampong Cricket take on Voorburg Cricket Club at Sportpark Bermweg in Capelle.

The teams have played some good cricket so far, but have failed to get over the line on any occasion. They will be looking to make a comeback on Day 2 to progress in the tournament and gain a couple of valuable points.

The temperature will be around 18-20 °C during the match time in the evening with no chance of precipitation.

The pitch at this ground has assisted the batsman more and we can expect another high scoring match at Sportpark Bermweg.

Usman Malik picked 4 wickets in 2 games on the opening day of the tournament at an economy of just 5.5 runs per over. He also bats in the top order and hence can be a great addition to your Dream11 fantasy squad.

Ratha Alphonse scored 56 runs in 2 games and played with an impressive strike rate of 200.

Iftikhar Ahmad was the second-highest wicket-taker of the day with 3 wickets in 3 games at a good economy of 7.8. 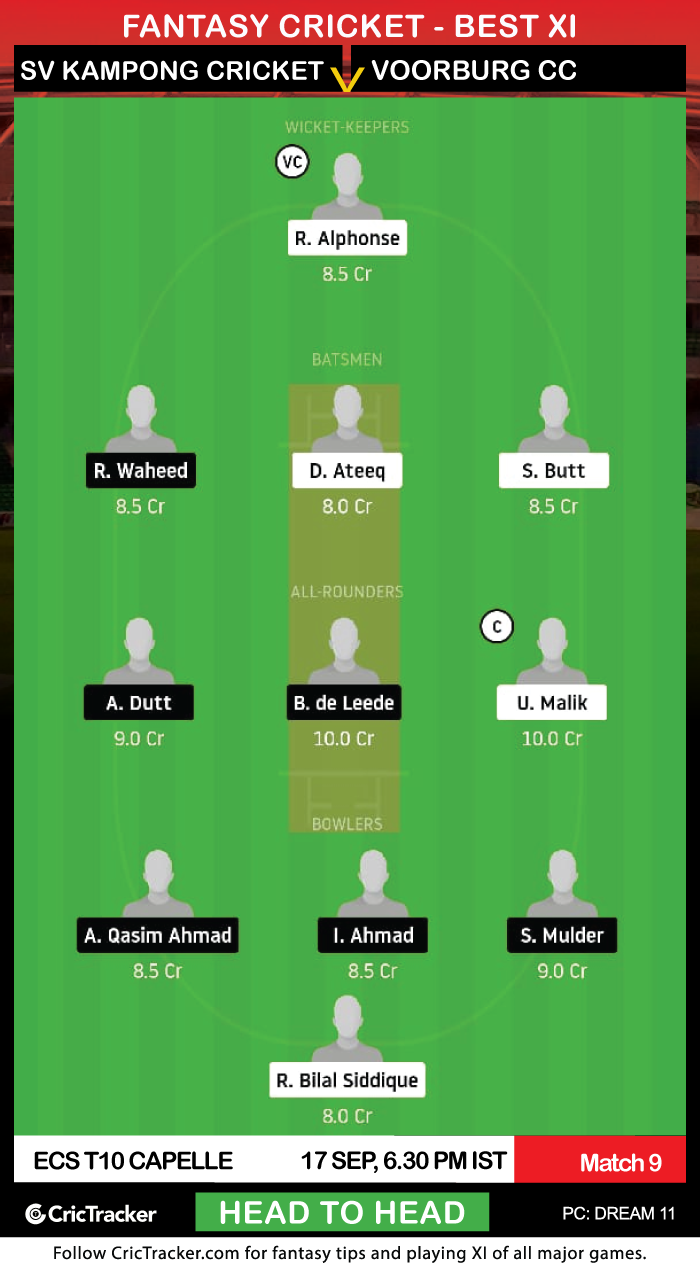 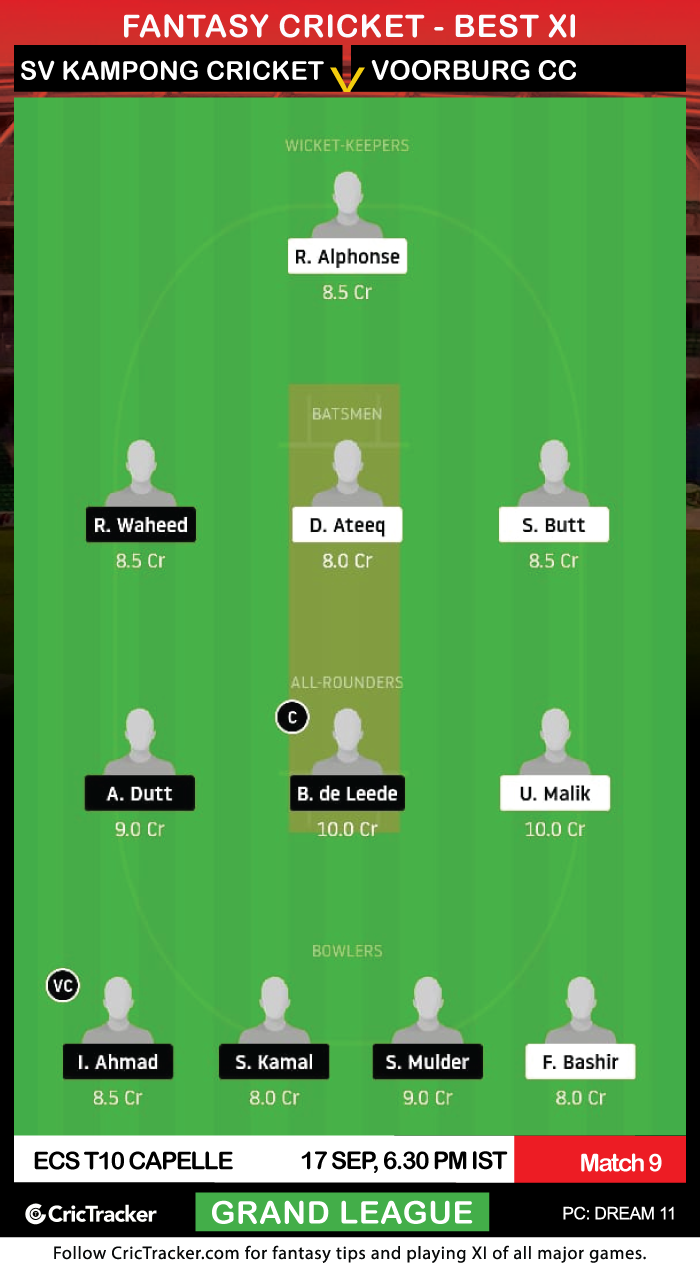 Aryan Dutt scored 95 runs in 3 games on Day 1 and could be an effective pick for your Dream11 fantasy side.

SV Kampong Cricket is expected to win this match.