Noman Zeb scored 44 runs in the only innings he batted and also claimed two wickets in the four overs he bowled. 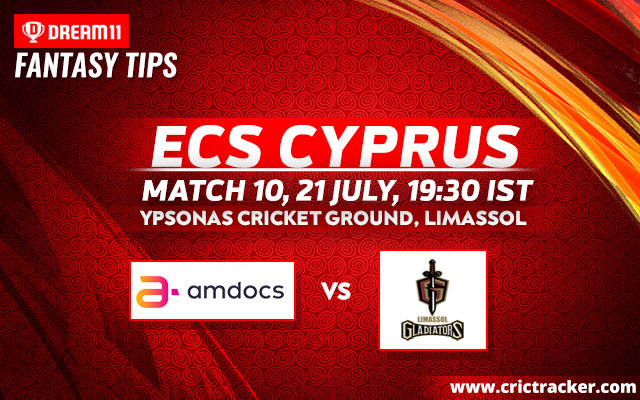 The 10th match of the ECS T10 Cyprus, 2020 will be played between Amdocs CC and Limassol Gladiators CC at the Ypsonas Cricket Ground in Limassol.

Amdocs CC and Limassol Gladiators CC, the struggling teams during the first day of the ECS T10 Cyprus, will clash off in the Tuesday’s evening match. Both the teams suffered huge defeats in the two matches they played on Monday. The Limassol Gladiators went down against Punjab Lions and Cyprus Moufflons by 106 runs and 69 runs respectively. The Amdocs team, who faced the Lions during the tournament opener, lost by 10 wickets and later faced Moufflons at the end of the day which they lost by 55 runs.

No rain is expected at the Ypsonas Cricket Ground through all the five matches to be played on Monday.

The match between Amdocs CC and Limassol Gladiators CC could well be the first low-scoring fixture of the tournament. The pitch has nothing to do with it as both teams haven’t been convincing with the bat on Monday. However, their bowling attacks are no better and there is a possibility of them being on the receiving end and keep the trend of the big totals going.

Noman Zeb scored 44 runs in the only innings he batted and also claimed two wickets in the four overs he bowled.

Vimal Khanduri conceded 41 runs in the 3.5 overs but managed to scalp a wicket across the two matches.

Ashish Srivastava played only one game where he took two wickets in the two overs he bowled for 24 runs.

Naresh Kumar was taken for 51 runs in the four overs he bowled on Monday but returned with one wicket. 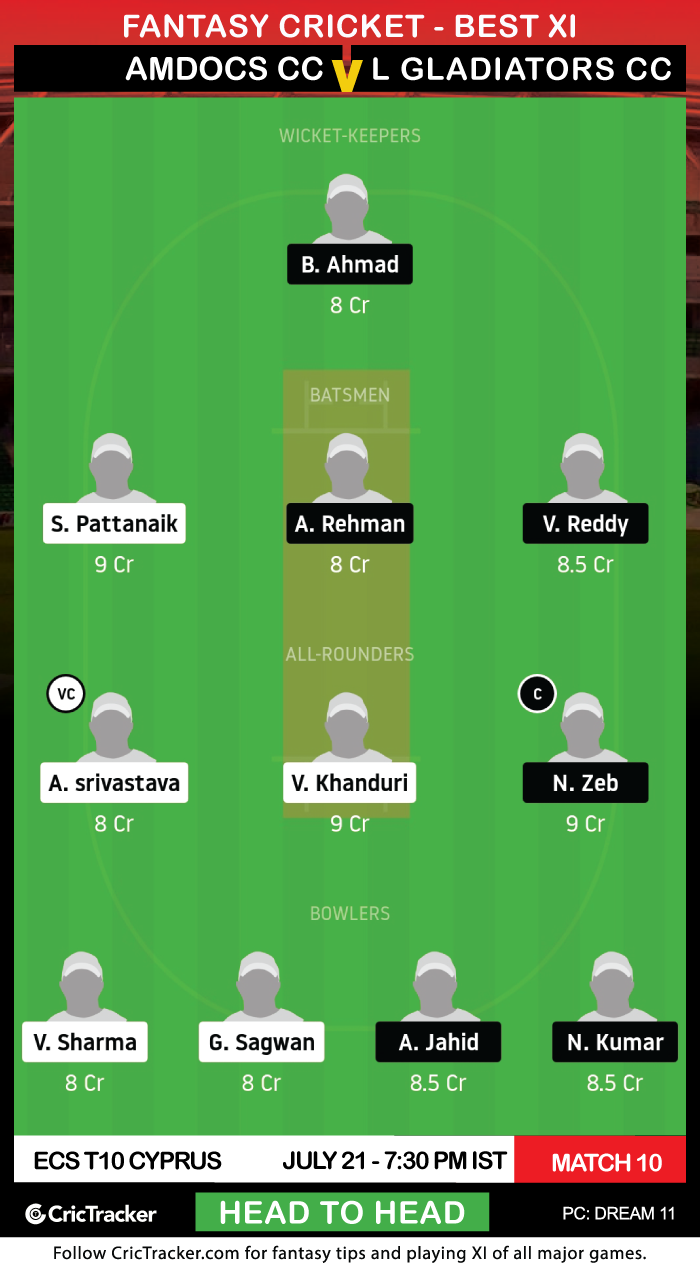 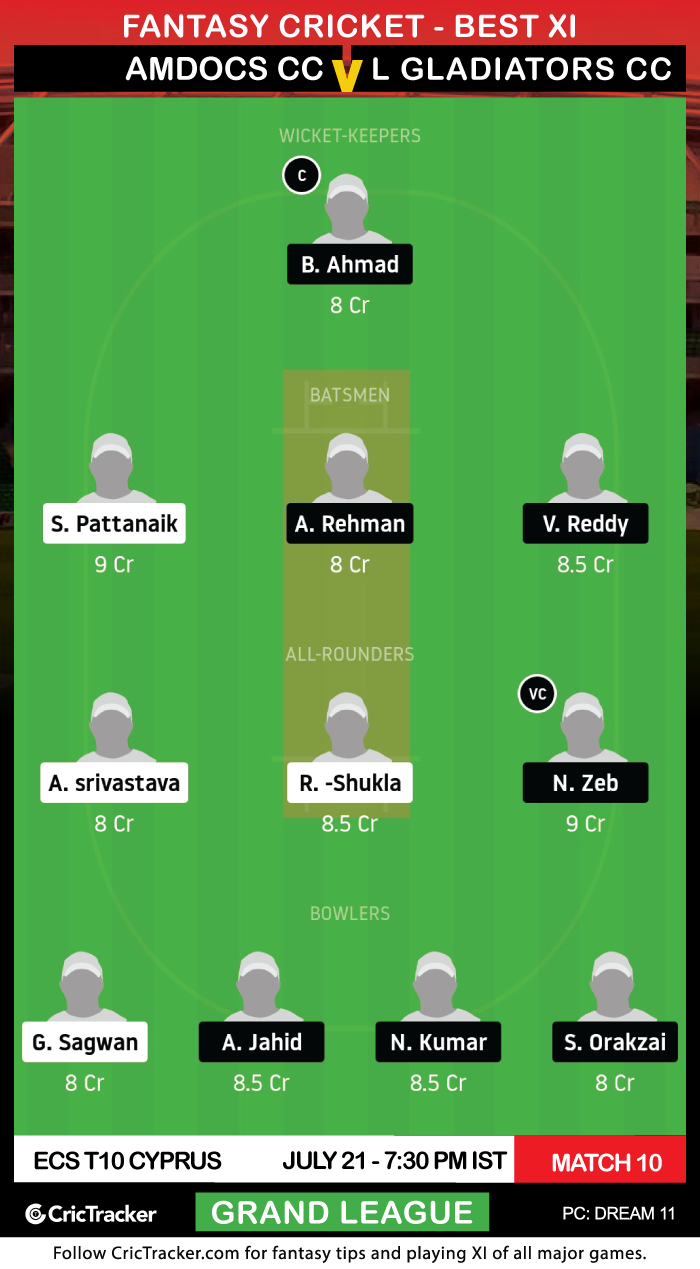 Noman Zeb, the captain of Limassol Gladiators CC didn’t bat at all in the first match and in fact, was slated to bat at No.11. However, in the next match, he turned up as an opener and got a quick-fire 44. Hence, we expect Noman to back himself and come out as opener in the remaining matches for the Limassol Gladiators.

Limassol Gladiators CC is expected to register a close victory over the Amdocs CC team.