The players playing for Cyprus Moufflons have to be preferred while picking put the teams, as they have performed better than their counterparts from the Amdocs. 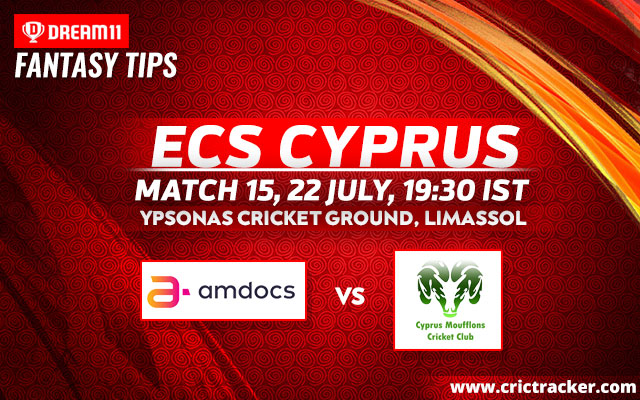 Match number 15 of the European Cricket Series T10 being played in Cyprus is all set to be played between Amdocs and the Cyprus Moufflons Cricket Club at the Ypsonas Cricket Ground.

With the tournament entering the final phases of the league stage, this match holds a lot of importance for both the teams. Given the positions they are in, the result of this match could result in a make or break situation for with either of the teams. When comparing the performances of the players of both the teams, the Cyprus Moufllons have a better lot in terms of form and performance in comparison to the Amdocs, so this will give them an upper hand in this match.

(At the time of writing, both the teams had played 4 matches each. So, stats and figures have been mentioned accordingly)

The weather prediction says that the skies will be clear, with no threat to the match because of rains and the temperatures are expected to be in the 30 to 35 degree Celsius range.

The pitch of the Ypsonas Cricket ground in this tournament has been batsmen friendly with little help for the bowlers. The captains of both sides will be wanting to bat first after winning the toss on this surface.

Swaroop Pattanik has been doing well with the bat in hand, scoring 84 runs in 3 matches, including a half-century.

Vimal Khanduri, in his three matches, has taken three wickets, with his economy rate being the only problem, but his performance in this match is expected to get better in this match.

Zeeshan Sarwar, having scored 70 runs in his four matches looks a promising prospect to be picked in the team, as he has been scoring runs at a fast pace which can be seen in his strike rate of 212.12.

Ravi Kumar has been doing really well with the ball, picking up 6 wickets in 4 matches, giving away 34 runs in the process.

Gursewak Singh is in great form in this tournament and has scored 114 runs in 3 matches that he has played. 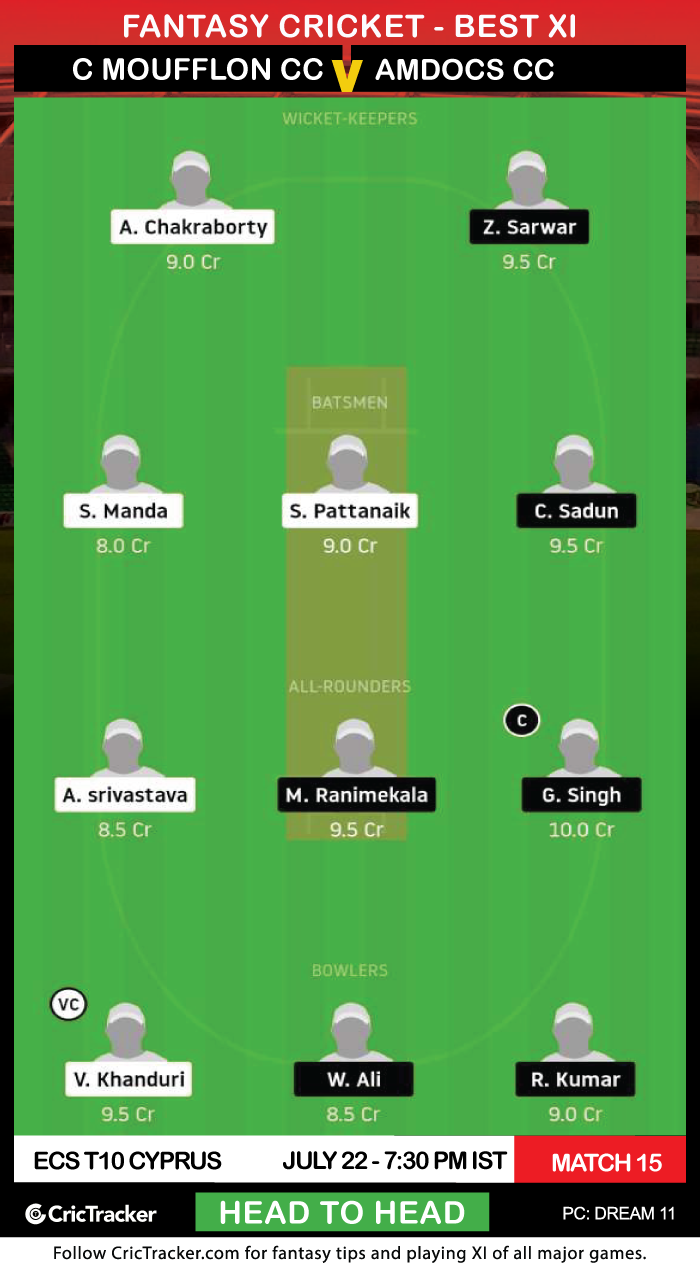 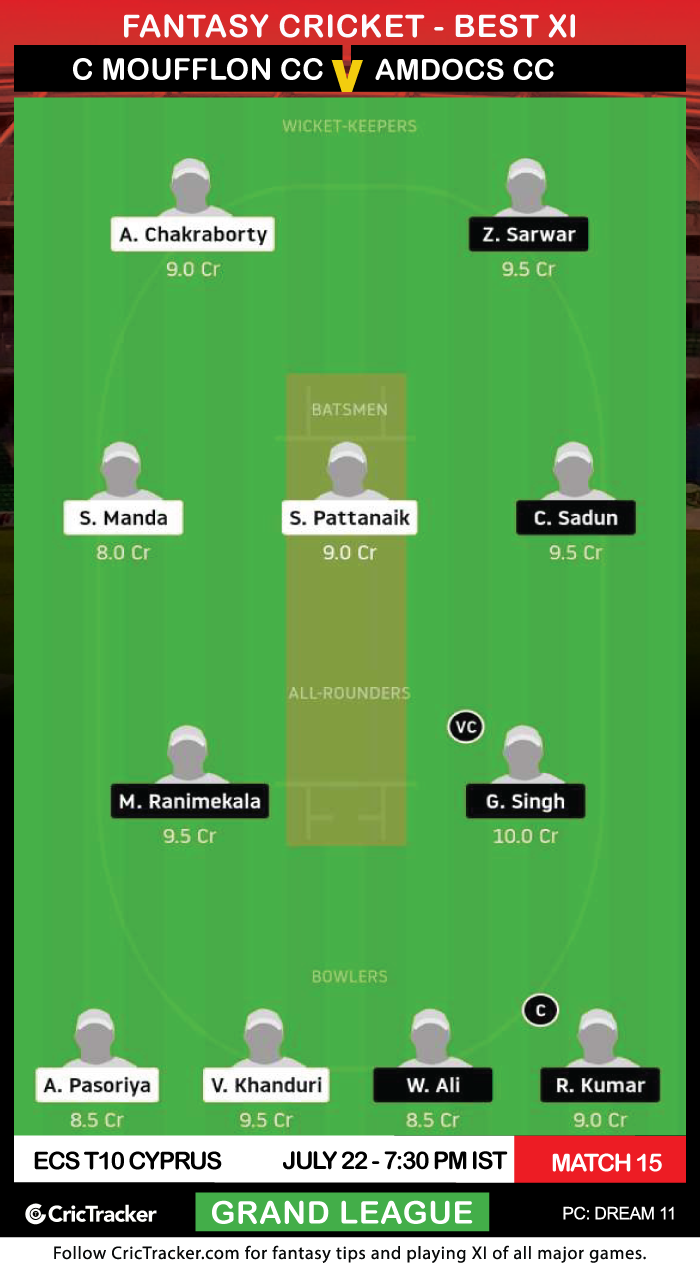 The players playing for Cyprus Moufflons have to be preferred while picking put the teams, as they have performed better than their counterparts from the Amdocs.

The Cyprus Moufflons are expected to win this match.