Players from Punjab Lions Cricket Club did really well last season, so they can be preferred when picking out the teams. 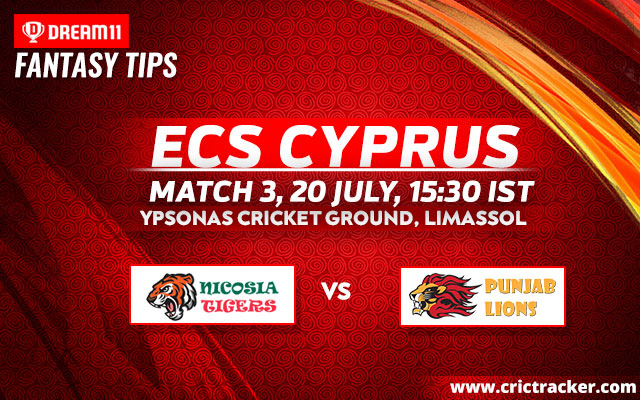 The third match of the European Cricket Series T10 being played in Frankfurt is all set to be played between the Nicosia Cricket Club and the Punjab Lions Cricket Club at the Ypsonas Cricket Ground.

Coming off a winning streak in the 2019 season, the Punjab Lions CC will be looking to continue their run this season too, starting off on a positive note. Their opponents, Nicosia Cricket Club will put up a tough competition for the Punjab Lions CC as they also had a decent run in their last five matches, winning three of those, while the Punjab Lions had won four in the same period.

This match is all set to be a cracker of competition and is bound to give the spectators and the players some high octane actions in the third match of the very first day of the series. The Punjab Lions do hold a moral high ground against the Nicosia CC as the head to head equation in the 2019 T20 season was in their favour. The equation stands at 2-1, with two wins in the three matches for the Punjab CC in the three matches they played against each other.

With the skies predicted to be clear and the temperatures expected to hover around the 33 degree Celsius mark, it is expected to be a fine day for cricket, with no apparent weather interruption expected during the game.

The pitch on this ground has been known to provide a lot of help for the batsmen, with some little help for the bowlers at the start of the innings with the ball. In the T20 competition that is being played here, the average first innings score is 159 runs, and the chasing teams have won 9 out of the 14 matches. So, it is more than evident that the pitch is suited for batsmen.

In 2019’s T20 matches that the Punjab Lions played, their batting attack was dominated by Kulwinder Singh, who made 394 runs in 8 matches including a century at a staggering average 131.33 and a strike rate of 237.04. He was followed by Gurpratap Singh, who was very far off from him in terms of numbers. He had 183 runs to his name in the same number of matches, but as the format shortens, he can also be expected to match up with his teammate. The team’s captain, Neeraj Tiwari took care of the bowling department, as he scalped 13 wickets in 8 matches and he can be backed to deliver in this season again.

For the Nicosia Tigers, the batting department was led by Yasir Khan, who had amassed 107 runs in 3 matches in the 2019 season. He was closely followed by Roman Mazumder, who got 83 runs off his bat, also in 3 matches. The team’s bowling duties were taken care of by Anowar Hussain, who in just two matches got 5 wickets to his name while giving away 58 runs in the 8 overs he bowled. 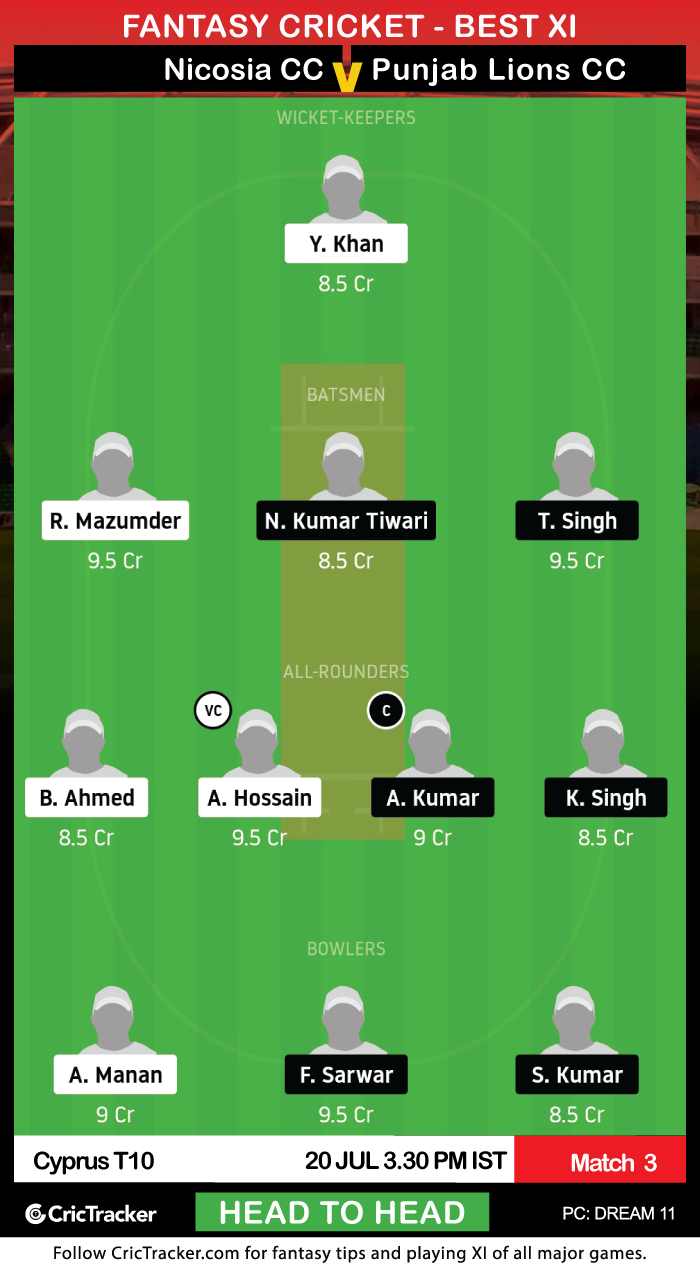 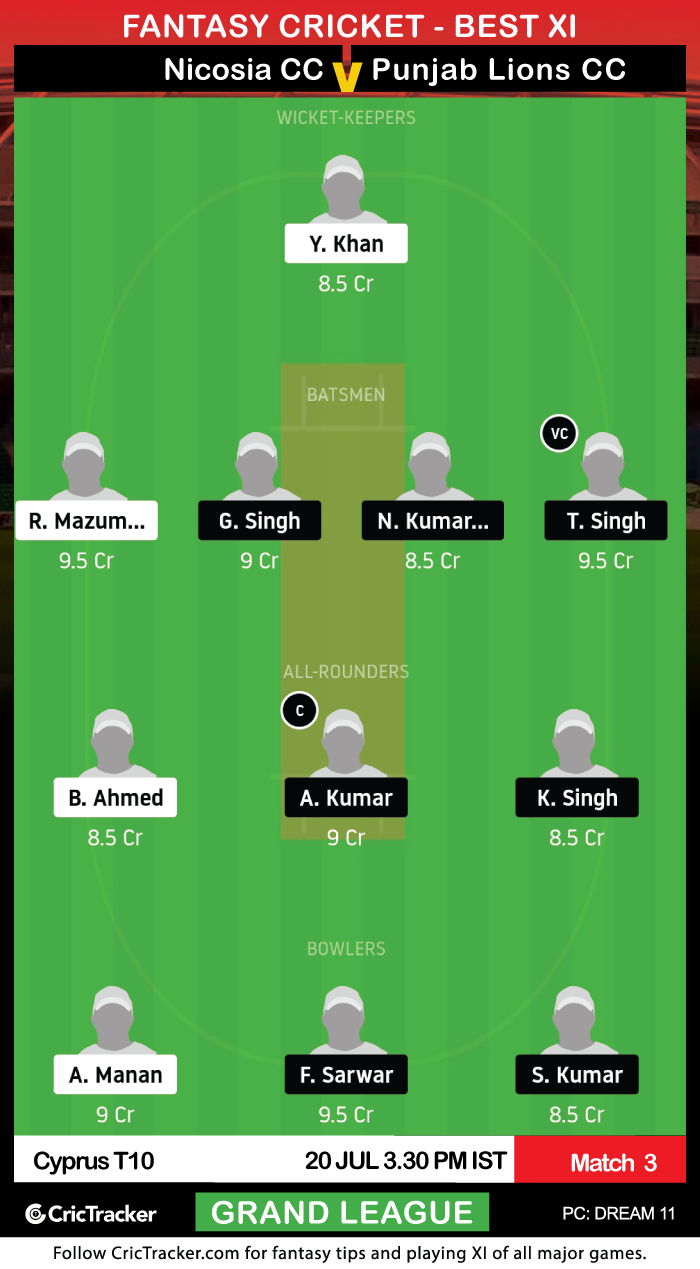 Players from Punjab Lions Cricket Club did really well last season, so they can be preferred when picking out the teams, and especially Kulwinder Singh was in a great form, which makes him a definite candidate for the captain position.

The Punjab Lions CC is expected to clinch the match.