Sajid Liaqat has been performing satisfactorily in this tournament with both the bat and the ball. 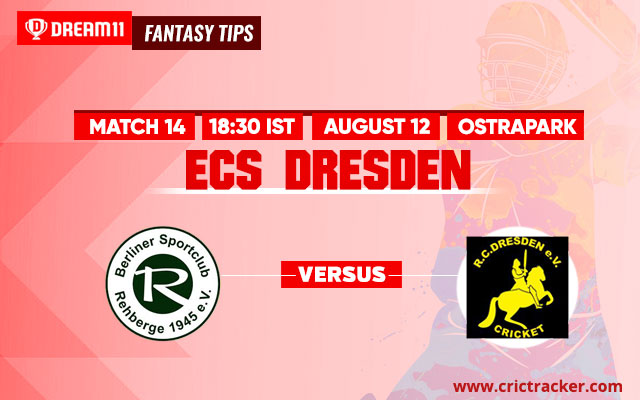 The 14th match of the European Cricket Series T10 in Dresden is set to be played between the BSC Rehberge and the RC Dresden at the Ostrapark Ground.

The BSC Rehberge has managed to maintain a better net run rate than their opposition in this match. They have a net run rate of 2.2511 and their opponents the RC Dresden have maintained a strike rate of 1.4961. But, given their forms, it will be a tight contest and a feast to watch for the spectators.

Wednesday will be a sunny day, with the sun shining brightly in the sky with no clouds and just a 10 percent chance of precipitation. The temperatures are expected to be in the 29 to 31 degrees Celsius.

The pitch will have a lot in store for the bowlers, with most of it coming in for the pace bowlers. The batsmen will have to squeeze out the runs while playing on this pitch.

Javed Iqbal is the third-highest wicket-taker of the tournament with 6 wickets to his name in three matches and has maintained an economy rate of 3.16 and will make it troublesome for the opposition batsmen to score runs.

Rahul Grover with 7 wickets to his name in just three matches is placed at the top of the bowlers’ leader board and he is in really great form with the ball. And, it will be difficult for the batsmen to play against him.

Sajid Liaqat has been performing satisfactorily in this tournament with both the bat and the ball. He has scored 13 runs at a strike rate of 108.33 and has taken 6 wickets in the three matches that he has played in.

Syed Waqar Hussain with 57 runs to his name in 4 matches at a strike rate of 247.82 and has also taken 2 wickets at an economy rate of 7 runs an over, and will potentially make all-round contributions in this match too. 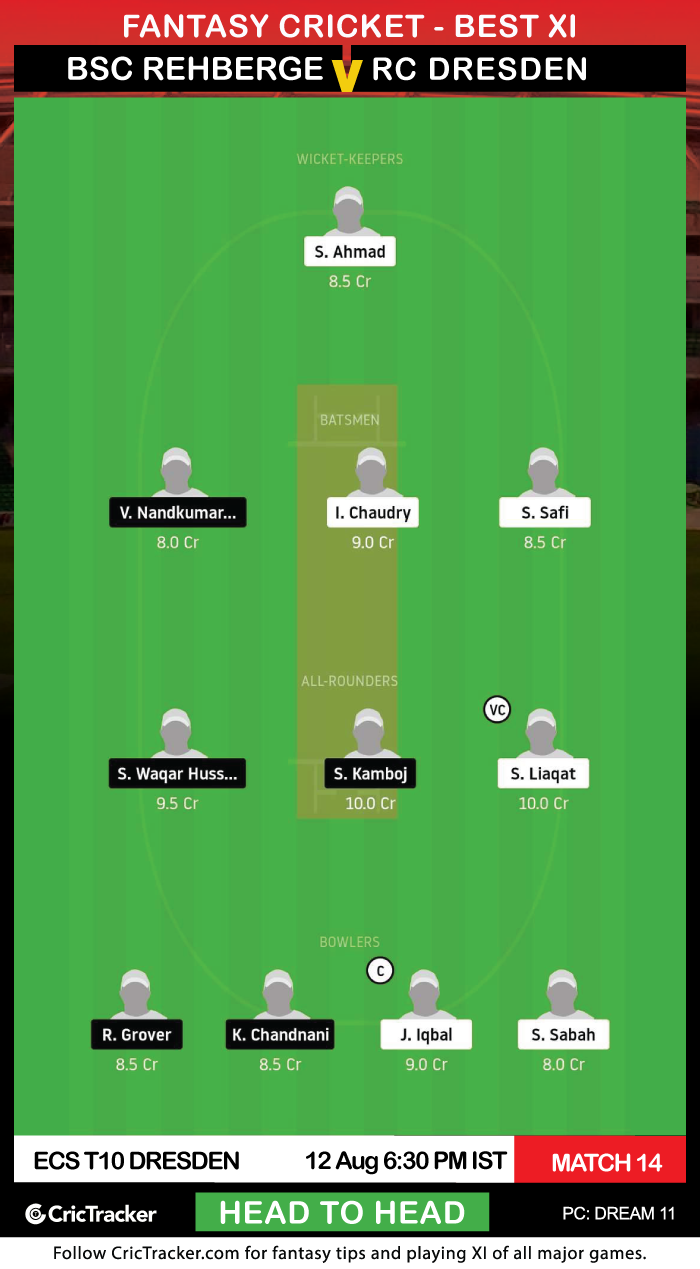 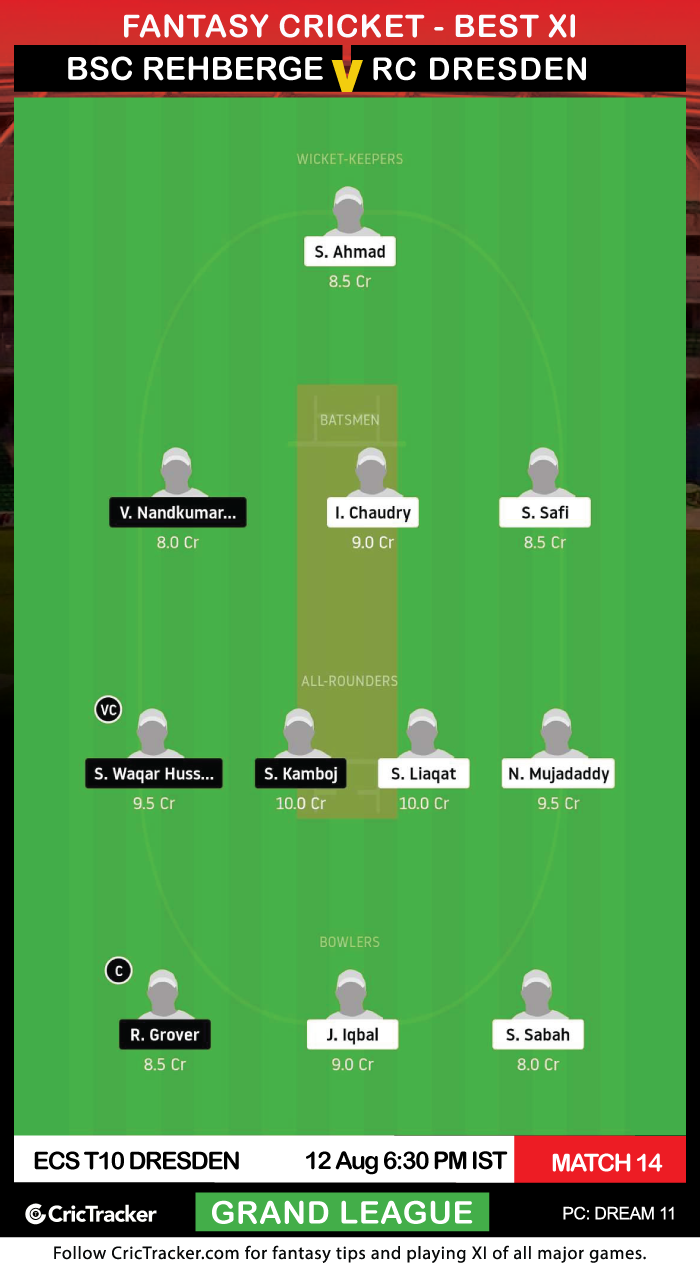 Sadiq Sabah had been picked by only 7.2 percent of the participants at the time of writing, in spite of having shown a great performance in his very first match, where he took a wicket and bowled with a lot of accuracy. And, he is a must pick a player in your team.

RC Dresden is expected to win this match.