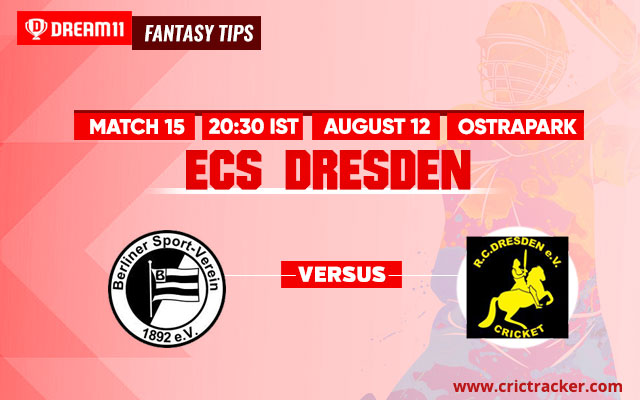 The 15th match of the European Cricket Series T10 in Dresden is all set to be played between the BSC Rehberge and the BSV Britannia at the Ostrapark Ground.

The match is scheduled to start at 05:00 PM Local Time (08:30 PM IST) and can be streamed live through FanCode.

The weather forecast for Wednesday holds some good news for the players and the spectators as the chances of rain are just 10 per cent chance of rainfall meaning that a full match is on the cards. The temperature is expected to be around the 30 degrees Celsius mark.

The batsmen might find it difficult to score runs on this surface as there will be a lot of room for the bowlers to work with. The pacers will be getting a lot of help during the initial overs of the match.

Sajid Liaqat has looked in good with the bat. In four games thus far, he scored 35 runs at a strike rate of 117.

Javed Iqbal, with 8 wickets to his name in 4 matches, has given away runs at an economy rate of 3.16 runs an over. He is amongst the leading wicket-takers in the tournament.

Nooruddin Mujadaddy scored 62 runs in the tournament at an average of 31 and a strike rate of 188. He has also picked up two wickets with the ball. 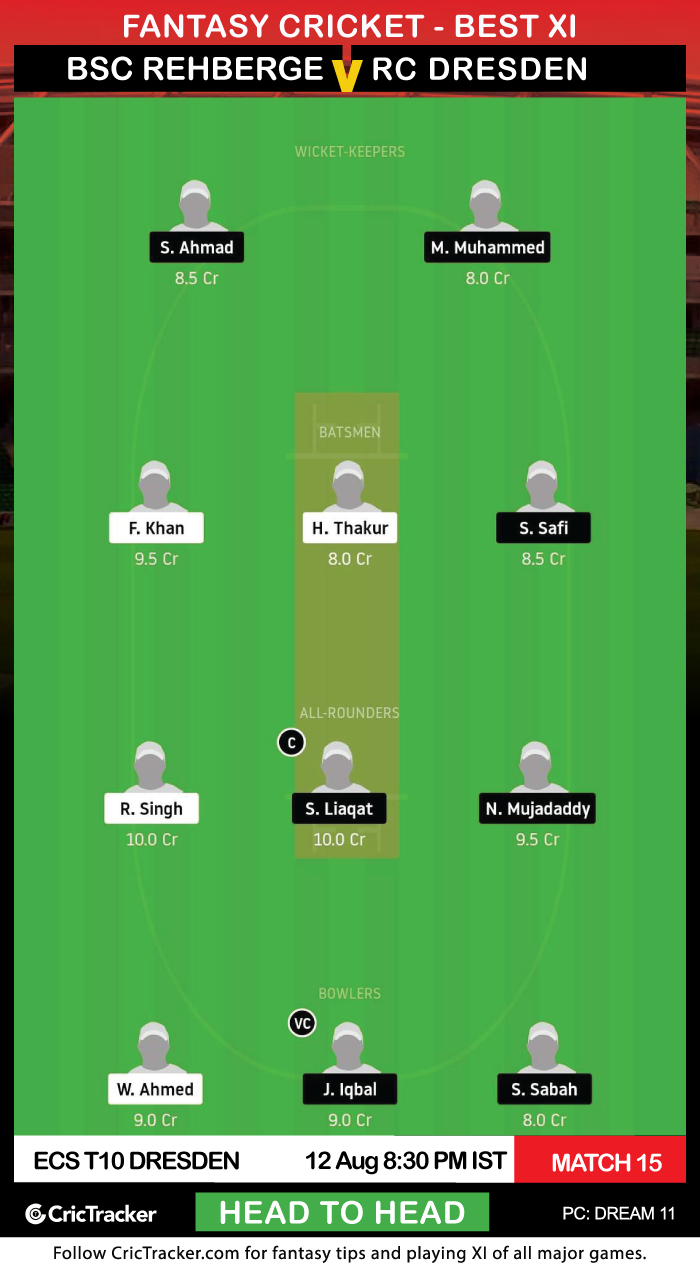 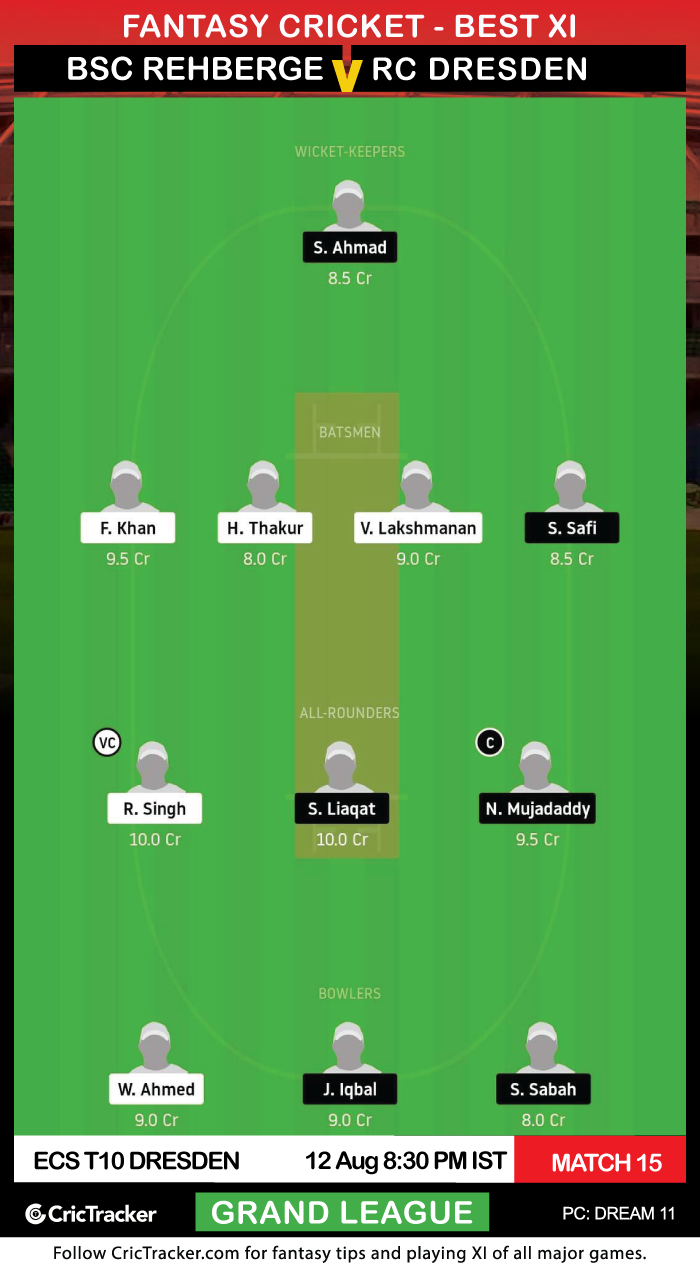 In two games, Hitesh Thakur has picked up three wickets and has been highly economical. He contributes with the ball as well and must be a part of both your teams.