Greater Helsinki Markhors are expected to win this match. 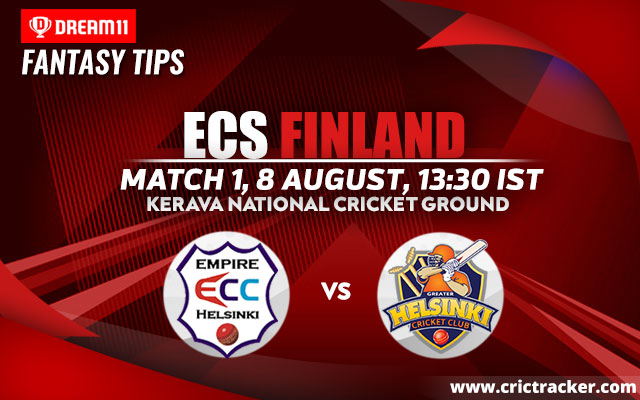 The 1st match of the European Cricket Series T10 in Finland is all set to be played between the Empire Blades and the Greater Helsinki Markhors at the Kerava National Cricket Ground.

Starting off the proceedings with the first match of the ECS T10 Finland will be the Empire Blades and the Greater Helsinki Markhors when they play against each other on Saturday. The tournament will be structured in a way that the winner of the group round will go into the finals and the other two teams will be playing against each other in the eliminator to fill the other finals spot. Both the teams will be looking to get off to a great start by winning their very first match of the tournament.

The chances of precipitation Saturday are low but there’s still a 10 per cent probability of rainfall happening on the day. The temperature will be in the 20 to 25 degree Celsius range and the sun will shine brightly.

The pitch at the Kerava National Cricket Ground will favour the bowlers, especially the pacers and it will be interesting to see how the batsmen get through the bowling attack on this pitch.

Mahesh Balasheb Tambe has been in terrific form with the ball this season. In the Finnish Premier League, he is the highest wicket-taker of the tournament, with as many as 23 wickets to his name in just 12 matches, including four 3-wicket hauls.

His teammate, Amjad Sher too has looked in good touch with the ball and follows Tambe on the wicket-takers’ leader board in the Finnish Premier League. He has taken 21 wickets in 12 matches and has an economy rate of 5.15.

Jonathan Scammans has been in top form this season, and just in the Finnish Premier League has scored 245 runs in 12 matches at a strike rate 85.66. All these three players will surely boost their team, Empire Blades’ chances of doing well in the European Cricket Series too. 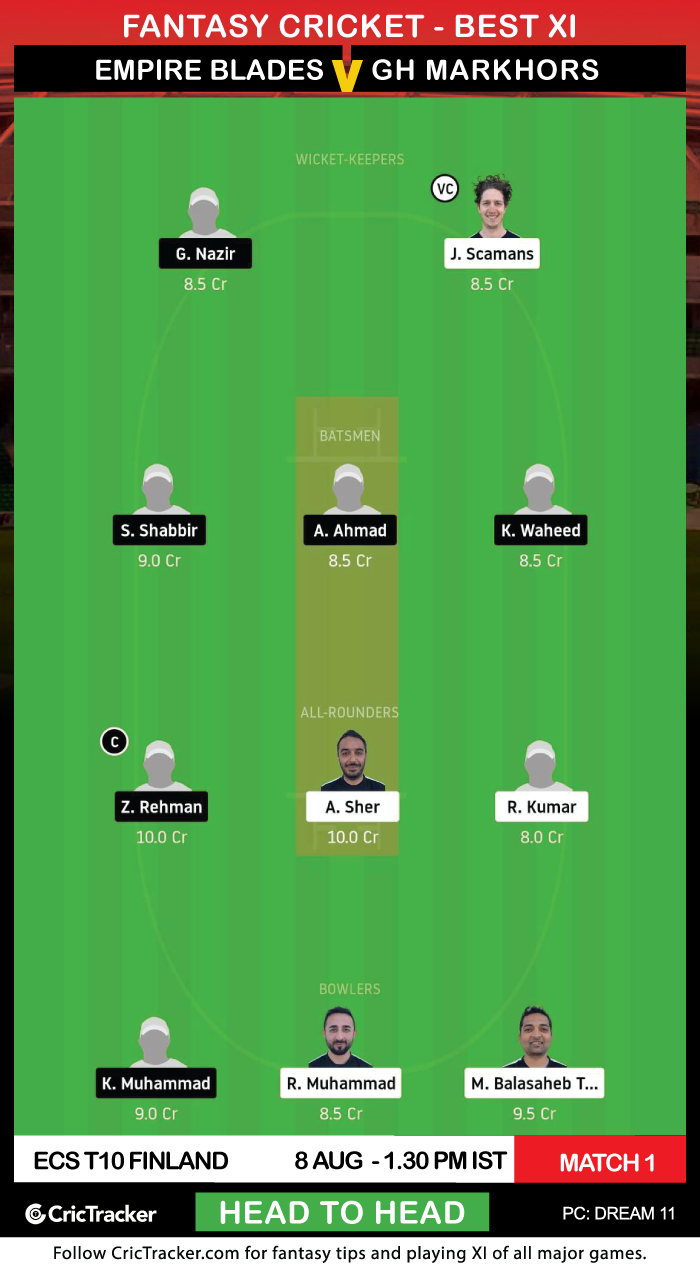 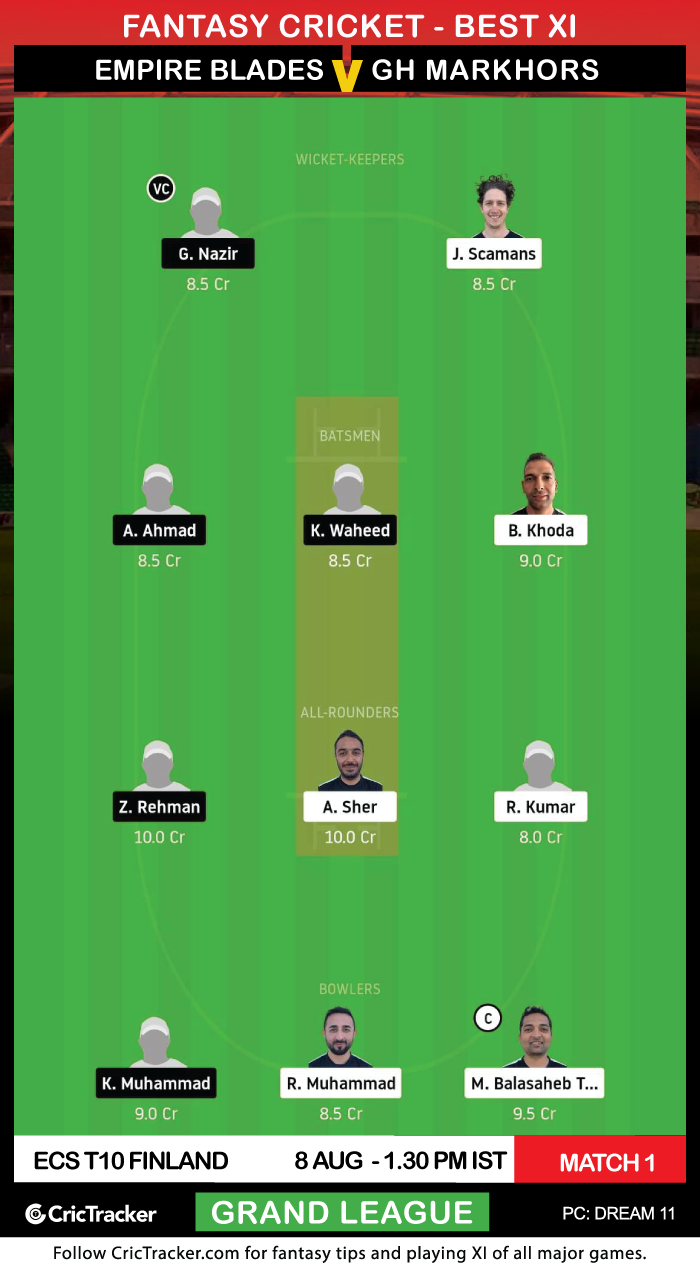 Ravi Kumar, at the time of drafting this post, was a part of just 0.71 per cent of the teams. But, he is an Empire Blades veteran having played 22 matches for the team, scoring 241 runs (fourth highest for the team). He must be picked in your fantasy team.

Greater Helsinki Markhors are expected to win this match.